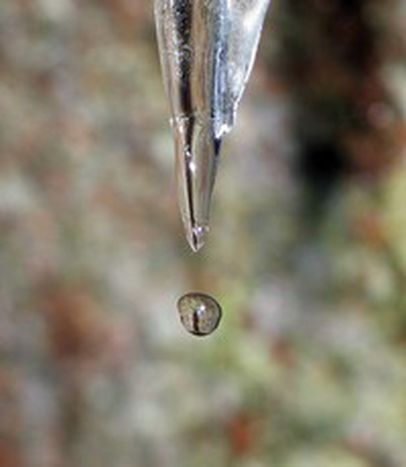 Powering the future with hydrogen

Europe is positioning itself as a pioneer in the coming hydrogen economy. Will the adoption of a new energy policy invigorate Europe? Café babel takes stock of the situation.

In a rare moment, the European parliament spoke as one this September. Members from each political party demanded that the stonewallers among them change their mind: It is time to move away from our dependence on fossil fuels like oil and coal and move towards a green economy powered by hydrogen. Each day, the need to find alternative energy solutions becomes more pressing and there are a number of reasons for this: EU governments are committed to reducing carbon dioxide emissions; fossil fuels only exist in finite amounts; and, finally, the countries with the greatest oil reserves lie in the conflict-ridden Middle East.

In their Manifesto on the Coming Hydrogen Economy, parliament members urged EU member states to adopt a 13-point programme by 2025 that would result in the “Third Industrial Revolution.” Some of the points described the critical roles for renewable energy resources and public-private partnerships.

One of the advantages of using hydrogen for energy is that no pollutants are produced. Another is that it can be procured from many abundant sources like natural gas, biomass or hydrocarbons. However, naturally-occurring hydrogen only exists in compounds with other elements, so energy has to be expended to isolate it. The isolation of hydrogen can only be eco-friendly if renewable energy sources like solar-, wind- or water-power are used in the process. “There is a significant need to educate decision-makers and consumers about the true nature of a hydrogen economy. Most people do not understand that hydrogen is like electricity,” observes Karen Hall of the National Hydrogen Association.

Who will take the first step towards a hydrogen-powered economy? Not the car manufacturers, they are waiting for a well-developed network of ‘gas stations’ capable of providing hydrogen as fuel. On the other hand, petrol stations are waiting until enough hydrogen-powered cars are actually on the market. Customers want to be able to upgrade to the new technology without paying any extra costs. Finally, everyone expects the state to bear the bulk of the risk.

The EU has to make hydrogen power a reality. It can do this by increasing its own research spending, offering tax breaks for private sector research and subsidising manufacturing and infrastructure expansion. Above all, Karen Hall hopes that the EU will become an early adopter of the new technology for its own energy needs - in this way, causing costs for the rest of the market to fall dramatically.

In order to coordinate research, development and testing initiatives at the European, national and regional levels, the European Commission set up The European Hydrogen and Fuel Cell Technology Platform (HFP) in January 2004. The aim of this platform is to come up with a strategy to secure EU energy supplies, reduce the emission of greenhouse gases and create new opportunities for European business. At the end of 2004, the platform unveiled a proposal for a 10-year research programme and another for 2030. Of particular interest are the anticipated long-term developments: In 2050, hydrogen should be readily accessible in all industrialised countries, both as automotive fuel and alongside electricity produced from renewable energy resources.

On paper, nothing stands in the way of a hydrogen-powered future. Still, once the commercial use of hydrogen arrives, a few hurdles will remain. The technology has to be refined. Currently, EU-regulations regarding tax breaks for the implementation of the new technology remain underdeveloped, as do those regarding safety, insurance and liability issues.

The achievements of certain ‘lighthouse’ projects make the vision of a hydrogen future more tangible. Many are watching for the results of a large pilot programme, CUTE, or Clean Urban Transport for Europe. The EU spent €18.5 million on CUTE which plans to bring buses powered by fuel cells and hydrogen to city roads across Europe. 27 buses are in operation in 9 cities pending evaluation in 2006: Amsterdam, Barcelona, Hamburg, London, Luxemburg, Madrid, Porto, Stockholm and Stuttgart.

With these first steps, Europe stands a good chance of leading the way to the hydrogen powered economy of tomorrow. There’s no time to waste.