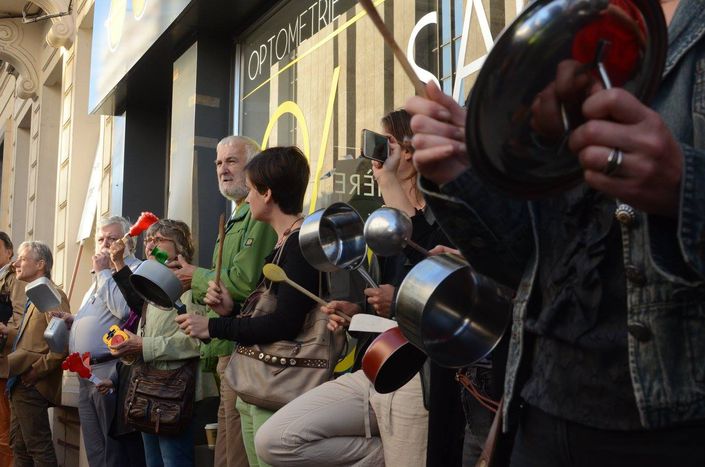 Pots against the TTIP in Brussels

Dozens of activists met up in front of one of the buildings of the European Commission as negociations between the EU and the US go on.

Many times, demonstrators sang « Do you hear the people sing? Singing the song of angry men » in front of the European Commission building where the 14th round of negociations around the TTIP (Transatlantic Trade and Investment Partnership)has been unfolding since July 11th between the representants of the EU and of the US. As a reminder, the TTIP is the now famous free trade treaty between the two powers and has now been discussed for months.

It is a polemical treaty, especially with regards to the fears expressed by NGOs and citizens that the text might harm the Europeans on an public health, environmental and economic level.

The negociating parties were booed

That's the reason why over 400 people gathered on Tuesday morning (according to the organizers), after associations (TTIP Game Over, d19-20) called for a demonstration.  Citizens, NGO members, farmers, young and not so young, all brought pots, pans and plates with them, to use them as drums and try to get the negociators to hear their voice as they arrived at the Commission. Those very negociators were heartily booed ("Shame on you!"), especially the Americans. 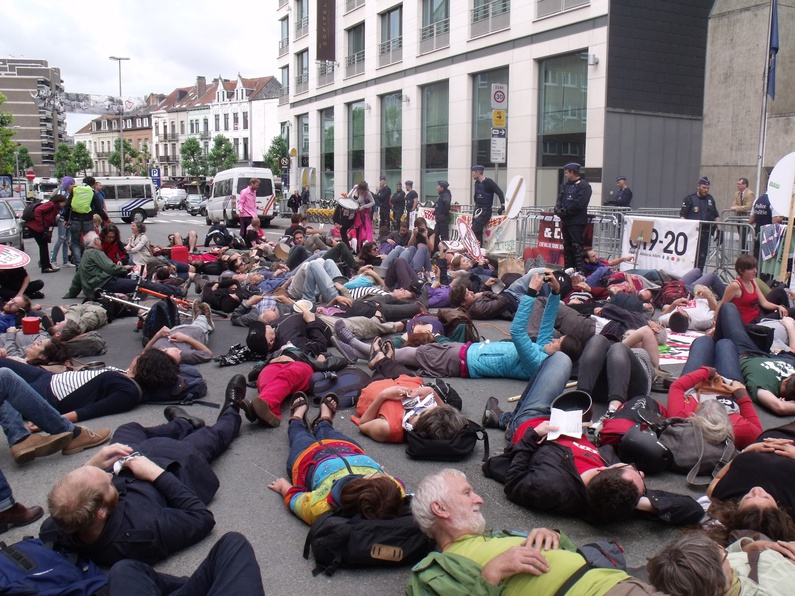 While the protest targeted mainly the TTIP, all free-trade agreements were being criticized, for instance the CETA (Comprehensive Economic and Trade Agreement) between the EU and Canada, as well as ultra-liberalism, and one could hear the demonstrators screeming "Non au TTIP, non au CETA !"

Everyone present was certain that both treaties will prove extremely harmful for the Europeans. Henry, a French farmer, said that "French and Canadian farmers will be affected [...] That will also have consequences on the environment and the consumers. All those agreements will harm small, human-sized farms and benefit intensive, industrial farming. The CETA is TTIP's Trojan horse, and we will fight against the extermination of farmers that we are currently witnessing in Europe." Agriculture is one of the issues at the heart of those free-trade agreements. The European and the American systems are very different, and there might be considerable gaps between farmers on both sides if an agreement is signed.

Beyond the mere content of the negociations, the way they are being conducted is also under scrutiny, as many signs held by the demonstrators remind us. One of them mentions the 3 263 920 people who signed a petition against the TTIP, another one states that "80% of Europeans are against GMOs, 80% of Europeans are against the TTIP, 80% of Eurocrats are against democracy."  European citizens are even more skeptikal of the agreement given the shroud of secrecy that surrounds the negociations. Stéphane explains: "It's very problematic that the negociations are held in secret. Even members of the European Parliament have to turn off their phones while they're working with the documents. If the agreement were a positive thing, it would most likely not be hidden in such a fashion." 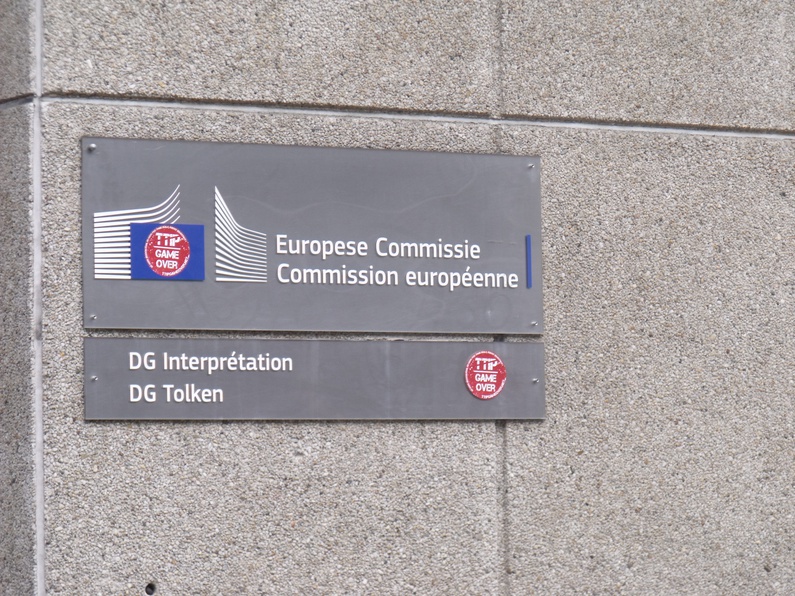 That was not the first demonstration held in Brussels against the TTIP, and there should be more until the end of this 14th round of negociations, on Friday...until new deadlines arise. Camille, one of the speakers for the "TTIP Game Over" organization, explained its goals: "TTIP Game Over was launched in January-February, in the wake of citizen's initiatives that arose with the COP21 in Paris. We're currently working with Belgian organizations, we'll see if we get results. We'd like to invite all European organizations in November in order to coordinate our actions."

The association's work goes beyond street action and is framed in an educational perspective. Camille adds:"We will organize training sessions so that everyone in Belgium and in Europe can be involved and able to lead protest actions. We would like to create a generation of citizens who are able to have an impact on those issues [environment, public health, agriculture,...]. We'll have a proper training session in September. We want to set up "climate camps", collaborate with universities and other partners to set up different activities."

The success of the negociations around the TTIP remains uncertain, but opposition to the treaty and other free-trade agreements is taking shape.

This article was written by cafébabel Bruxelles.