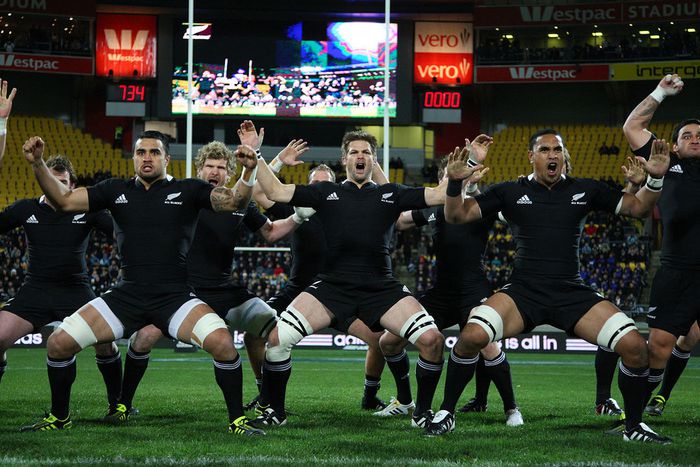 On 23 October, France lost to New Zealand at Auckland’s eden park. At the rugby world cup final, France had the 'all blacks' seriously worried, with just a point in it. If you’d have liked a European victory, this little article is your consolation prize: a chance to become multi-rugby-lingual

Rugby, a sport created by the English, is also embedded in the culture of the southern regions of France. Here the language of rugby is part of the local dialect. Phrases that translate as getting monstered (prendre un caramel), handbags ('venir main-main') and it’s not just monsters that make your teeth chatter aren’t French ('il y a pas que les bonbons qui font tomber les dents'); they are part of the fabric of the game.

So, big man, you wouldn’t ask a German, a Pole or a Spaniard to translate the finer points of a sport they’ve barely even heard of. The game is so recently established in Poland that it’s nigh on impossible to find a translation of the laws of the game. Our German and Spanish cousins, on the other hand, have at least made the effort to find their own translations for terms such as the scrum (Angeordnetes Gedränge in German), the try (ensayo in Spanish) and the tackle (tackling in German and placaje in Spanish). Other than those terms, there’s little to add, as far as our research went. However, we must make a note that it was none other than the German national team coach himself who wrote back to this e-magazine for the purpose of this piece, coming up with such beauties as Beugen - Anfassen - Warten –Binden (Crouch, touch, pause, engage) - any rugby-lover will no doubt have heard the referee utter these immortal words describing the scrum engagement sequence.

The addition of Italy, who have played in the international six nations (previously the legendary 'five nations' comprising Wales, Scotland, England, France and Ireland) championship since 2000, makes things even more interesting. Knocked out at the group stage of the 2011 world cup, the Italians have nothing to be ashamed of in their rugby. The game's indiosyncrasies are becoming more familiar to Italy with each season that goes by (Italy beat France for the first time, 22 points to 21, during the 2010 six nations). A conversion becomes transformazione, a penalty becomes calcio di punizione, the in-goal area becomes area di meta, an up-and-under becomes a campanile and finally the catch-all term, la palla ovale, translates to ‘the world of rugby’.

And so to the English. England aka Perfidious Albion is France’s favourite enemy on the field. Marc Lièvremont, the mustachioed coach to the French XV could barely conceal his joy at the victory of his ‘spoiled brats’ (a reference to hissales gossesplayers who have been known to do things such as smoke cigarettes during training - ed) over the ‘roast-beefs’ in the world cup quarter-final. Still, we owe the sport, and much of its vocabulary - such as ‘coach’, ‘drop-out’, or ‘play-off’ - to the 2003 world champions in South Africa, England. Rugbystically, we talk about handing off, mauling, a conversion and rucking. The English dominate this aspect of the game, just as they are the guardians of the laws of the game and (mostly) custodians of fair play. After all, the English language also gives us the name of the team that thrashed the French team on Sunday: the all blacks.