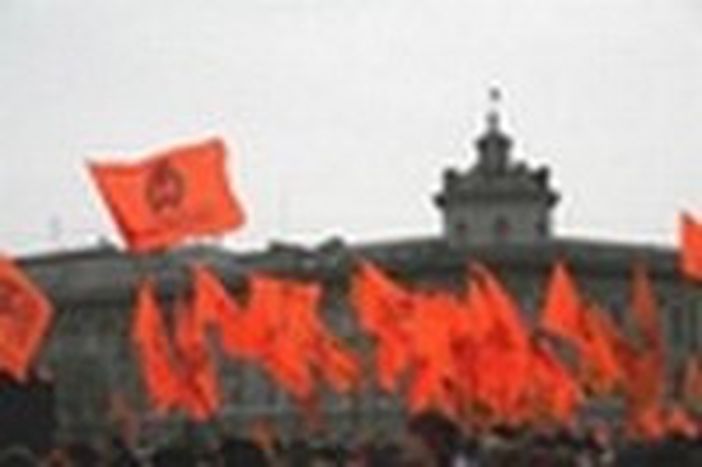 Following the election results of 27 March, Ukraine's leaders jostle for power over an uncertain future

The mood in Ukraine today is markedly different to the wave of optimism that greeted the Orange revolution. The sudden changes people expected have not happened: reform has been slow and the economy in a slump. To make matters worse, the recent gas crisis with Russia, where an argument over price led to the supplies being cut, led to Yuschenko’s government collapsing for the second time. The voters have now voiced their discontent, with early results indicating Yushchenko's party was beaten into third place.

The reforms that came into place in January had the aim of reigning in the extensive powers of the President. Under the new reforms the President will lose some veto powers, which will be transferred to the Parliament. The Council of Europe, after analysing the reform, ruled that Ukraine does need a change, but not that the current changes are unconstitutional and haphazard.

They have created a weak and divided parliament which led to a political ‘deadlock’ when the parliament ruled a vote of no-confidence as a consequence of the gas scandal, which damaged relations both with Russia and the EU. The president, Yushchenko, considered the ruling illegitimate, although he has been unable to challenge it in the Constitutional Court, as it is still not in operation, despite the promises of reform.

Such a political ‘deadlock’ adds to the general disappointment with the Orange revolution, mainly generated by the split of the Orange team which took place in September 2005, when president Yushchenko dismissed his ally in the fight against Kuchma’s regime, Yuliya Tymoshenko, from the position of Prime Minister. Many in Ukraine and in the West connected this move with on-going ‘privatisation scandals’ and especially with the promise of the ex-Prime Minister to clarify the situation concerning the privatisation of Nikopol Ferroalloy Plant, where the interests of different oligarchic groups coincided.

The true colours of election

As a result of the split, the level of popular support of the ex-orange allies (associated with President Victor Yushchenko's ‘Our Ukraine’ and ex Prime Minister, Yuliya Tymoshenko Bloc), is lower than the level of popular support of the loser of the Presidential campaign 2004, Victor Yanukovych’s Party of Regions. Early poll results indicate that Yankovych has taken the largest share of the vote, with Yuschenko trailing in third with 17.2% Thus, it seems that the majority in the Parliament will be formed by the Party of Regions of Ukraine. Yushchenko will need to choose whom to go into coalition with. The choice lies between his ex-ally and ex-rival.

To sum up, the legacy of Kuchma’s regime is not that simple to get rid of. Strong regional oligarchic clans highly supported by the population as a result of the political reform might be able to form the majority in the Parliament, and thus make the democratic achievements of the Orange revolution null and void. Ukraine’s persistence in following a European model depended on the choice they made in the recent elections, the outcome of which is still unclear.