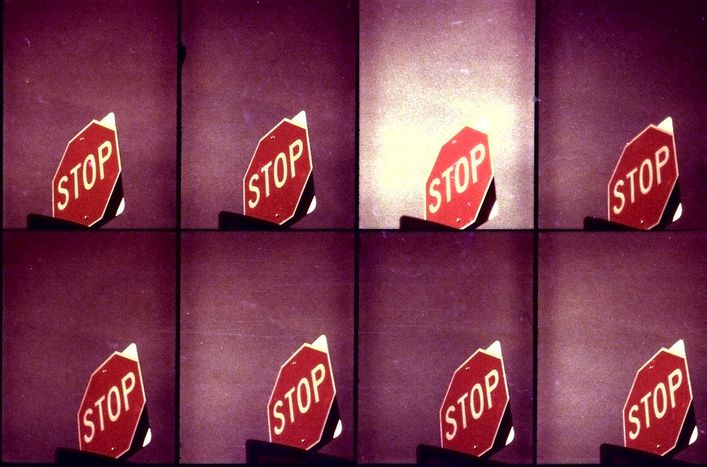 For two decades the Hungarian capital's delapidated yards have become its hottest alternative venues in the form of retro gardens and pubs. That's about to come to an end thanks to a stricter law set in place after a tragic episode at the beginning of 2011 by local right-wing authorities, and dutifully followed by conformist residents

The phenomenon of romkocsmák (singular romkocsma, pronounced 'romkochma') can be translated literally to ruin pubs. Whatever the origin of these places might be, what they do share is a similar line of decor: crumbling buildings, run-down walls brightened up with a splash of colour via a painting here or a photograph there, alluring graffiti, makeshift chairs, tables and huge foldable placard menus. The most mythical of them are on the banks of the former Jewish ghetto of Budapest in the seventh district, the neighbourhood of Erzsébetváros. That's also where the first venue, the Mumus, was closed down in November 2010 after a decade on the block. Luckily it hasn't seem to have threatened the Szimpla kert ('Simple Garden') a few streets away, which is thriving with its open air cinema and inviting passageways.

When three young girls were crushed to death inside the West Balkán in January 2011, the municipality under right-wing mayor István Tarlóset responded by upping the security norms across the city's bars and clubs and issuing heavy fines in case of infraction. Yet these areas are considered symbolic of central Europe's freedom after the fall of the iron curtain; they are the last refuges of vintage objects belonging to one of the purest traditions of post-communist culture. The stripped down trabant cars serving as decoration evoke eastern Germany and the famous film Goodbye, Lenin! (2003), which is one of the era's best-known standard bearers. 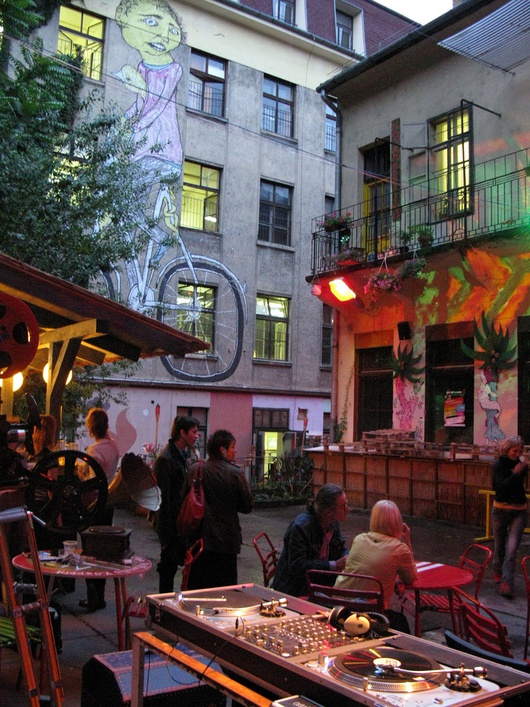 Rather than being part of a cult of a past period, ruin bars and pubs are generally considered one of the most flagrant examples of a very dynamic urban culture led notably by a generation of young, politically progressive graduates. The romkocsmák can be compared to the manifestation of a latent gentrification which has swept the popular neighbourhoods in cities such as Paris (Belleville), London (the Docks) or New York (Harlem): it's about investing in and transforming derelict buildings in the centre of the city, valorising the built patrimony and changing the sociology of the neighbourhood.

The Hungarian capital is similar to Berlin in the sense that alternative venues have never provoked the flight of the popular classes who first moved there; for example, Erzsébetváros has never been a popular area. These buildings are a pain in the side for those speculators who would raze old Budapest to the ground in a flash to make way for contemporary high rises. The order of the day is securing public spaces and peace for the residents. This speculation is winning the battle against these spots for an alternative lifestyle. The latest victim is the Tűzraktér independent cultural centre which opened in 2005 and has seen an absurd rent increase of 1, 050 (4, 000 euros or £3, 500) to three million forints (11 million euros or 9 million pounds).

So, don't hesitate a second longer. Take advantage of these last vestiges of drunkenness between two worlds on which the light will soon be switched off, on a soft mix of freedom found and joyful melancholy. Go and wallow in spaces still safe from the spatial expansion of globalised capitalism. Enjoy it before the post-communist underground is buried.