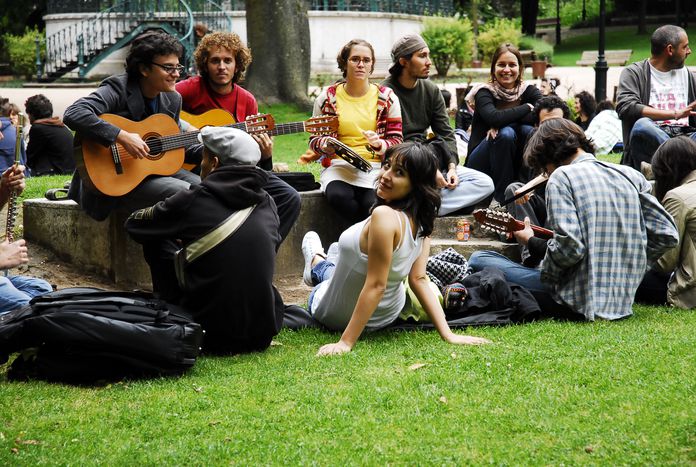 The president of Portugal, the conservative Aníbal Cavaco, has been re-elected in the first round with 52.9% of the votes and the lowest turnout in the history of the Portuguese democracy. A Portuguese student breaks down the general pessimism and the lack of power in his country, next candidate, according to certain media, for a financial bail-out

Unsustainable public debt, inflated sectors, brain drain, record political abstention... Those are the main challenges that this long land of Atlantic conquerors must overcome. The student of the Instituto Superior Técnico (KB1) in Lisbon, Tiago Gonçalves, becomes Portuguese Prime Ministerfor a few minutes to explain how to bring the best out of his country.

Unemployment, emigration and a clash of neighbours

'In October 2010, the Portuguese unemployment rate was 11%, while Spain reached 20.7%, but I would not dare to say which economic situation is more dramatic. Portugal has a better ability to face unemployment given our willingness to emigrate, which is part of our history and culture. It is estimated that about 100, 000 Portuguese people emigrated in 2007 and 2008, 1% of the population. We also hold the second place in emigration of skilled workers, 18 %, against only 3.3% in Spain. These people would be very important to the country's recovery.'

Which sector of the economy is suffering more the financial crisis?

'It is curious: exactly the same one that causes the crisis. The attitude of politicians regarding construction has been the main problem and not only speculating with the housing market, like in Spain. After the 1974 revolution, the only way to stimulate economic growth found by the political parties was through this sector. We spent a lot of money in infrastructures and public services. I'm not sure it was needed that much. Two examples: UEFA Euro 2004 with ten new stadiums (which I find obscene), and lots of highways. Today Portugal is one of the countries with more kilometres of highways in Europe, something stupid for a small country. In the 80’s and 90’s the Portuguese economy was stimulated with investments which could not be sustained over time. I really think that politicians lied. We could talk for hours about this, but the fact is that nobody knows how to recover the economy. Now there is no money for construction, a great part of the Portuguese economy.'

Portugal, Italy, Ireland, Greece and Spain: a bunch of PIIGS

'Well, the truth is that it's even funny. The first time I heard the name I laughed a lot, but if they keep using it the only thing they’ll achieve is to make obvious that they truly believe to be superior. But in fact, that doesn’t matter at all. The crisis is real with real consequences. We have no time to argue about the language used. We must focus on solutions.'

Does Portugal need help from Europe?

'I'm not a financial expert, but of course I would prefer to be able to solve our economic problems by ourselves, although it is very difficult to believe that our political system would be able to do it.'