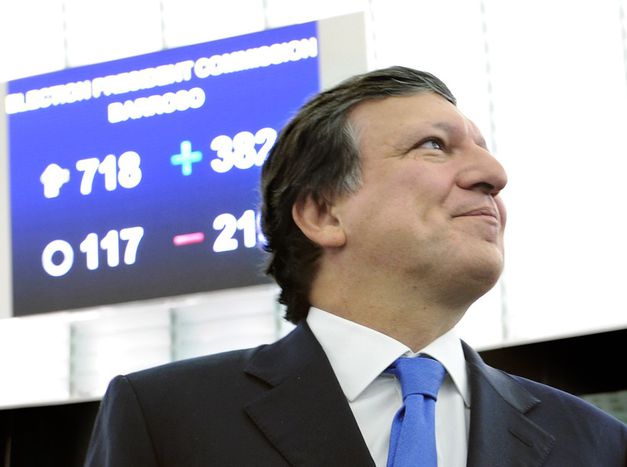 Portuguese Barroso: this is your man for Europe, again!

On 16 September, the European parliament voted José Manuel Barroso in for a second term as European commission president, with 382 votes for, 219 against and 117 abstentions. Barroso promised to advocate social policies, but the Portuguese, Belgian, French and Polish press was sceptical

The Portuguese business daily  is certain EU commission president José Manuel Barroso will be re-elected: 'The question is whether he'll get an absolute majority or not. Barroso's first five years weren't easy. Above all because they were marked by the economic crisis in the final phase. Nor were there any clear successes. It's still not clear whether the Lisbon treaty will be ratified by all member states. It has to be said that it's not easy to bring 27 countries into line. Not even on the rescue packages could they reach a consensus. If the EU reform does come into force Barroso will be confronted with a new decision-making structure as well as a permanent EU council president who is more visible in major decisions - particularly if it turns out to be (former British prime minister) Tony Blair. Barroso is now promising a stronger and more ambitious leadership. Everything indicates he'll get a second chance to make a good impression'

'He has no project for Europe' - Knack, Belgium

The weekly paper and news portal for politics and opinion doubts that a second term in office for the current EU commission president would be good for Europe: 'José Manuel Barroso has no project for Europe. Hence it's a pity that the christian democrats have no candidate who can make a better argument for the EU. Just try to convince the Belgians today of the positive aspects of European cooperation. On the one side the Dutch are doing everything they can to hinder the implementation of the agreement on excavating the Scheldt (allowing greater access to the Belgian port of Antwerp).

On the other hand Germany is buying jobs at Opel at the expense of - among other things - the plant in Antwerp. More important than the trench war over cushy positions in Brussels is the referendum in Ireland scheduled for the start of October. The treaty of Lisbon must make Europe more functional. Stronger. Even if many European politicians don't give the impression that it's really important to them. Barroso is certainly not the man who's going to change their minds' (Hubert van Humbeek)

In the daily the socialist MEP and chair of the committee on economic and monetary affairs, Pervenche Berès, argues against reelecting the EU commission president: 'In his 'document on political orientation' José Manuel Barroso argued that the crisis has affected the economy, the financial world and our values.

But he forgets that it is also a social and environmental crisis, showing that he is not the man who the Europeans, Europe and the world need. Courage and a vision are needed to strike a path out of the current crisis. Barroso lacks both.He says he is fighting for a vision, but then he allows himself a base election manoeuvre that only justifies his nickname 'Chameleon'. The question is not whether the problem is with the man or his political orientation. In Barroso's case the combination of both has led to an unsuitable result' 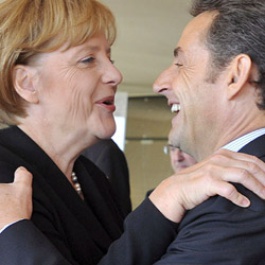 In the Polish daily Andrzej Talaga complains that the big EU states Germany and France are only accepting a further term in office for José Manuel Barroso as EU commission president provided they can continue to implement strong national policies: 'The disputes over the election of the European commission president have shown that the motor of European integration is sputtering to a halt. France and Germany, formerly the key driving force of the EU, have put on the brakes. It is now time for the smaller countries - including Poland - to pick up the baton and act as the most important Europeans. Today one may ask: is there anything at all that Berlin and Paris have not done to flaut the basic principles of the community? They support their own economies by violating the Maastricht budget criteria and the principles of the free market. They are compromising the institutions of the community'