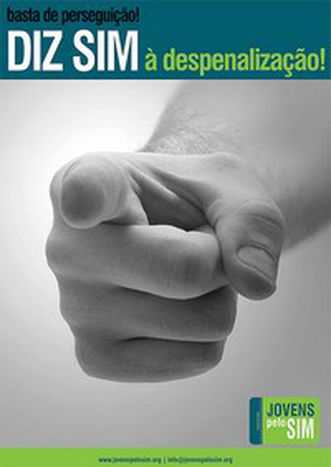 Portugal sits on the fence

'As usual we’re lagging behind,' says 23-year-old Vera, a Portuguese student who moved in with her boyfriend last September, shocking their families. Impossible in a staunchly traditional country where religion is the rod and marriage the iron hand.

Things are changing with thoughts of legalising abortion. Vera has seen several of her high school friends forced to abandon their studies and get married following unwanted pregnancies. Others, like 50-year-old Ana, who is divorced with two children, have chosen to cross the border and escape to Spain. It was impossible for her to raise a third child on the minimum wage [approximately 400 Euros].

Then there are the destitute that go through hell having clandestine operations in risky and far from hygienic conditions, carried out by a midwife or doctor if they’re lucky. For the rest: backstreet abortionists. Family planning services in Portugal estimate the annual number of illegal abortions to be 18, 000. They say that 14.5% of women between the ages of 18 and 49 have already had an abortion.

Portugal has one of the most restrictive legislations on abortion in Europe. Pregnancies may only be terminated in exceptional cases, where the mother's health or life is endangered, the foetus is malformed or pregnancy as a result of rape. Unlike in other European countries where voluntary termination of pregnancy is banned (such as in Poland, Malta, Ireland or Cyprus), Portuguese law considers abortion a crime.

Women who have had abortions face up to three years in prison, whilst the practitioners who helped them get eight. In 2002 and 2004, the Maia and Aveiro trials in the conservative north of the country put the abortion issue back under the spotlights. In Maia in 2002, a midwife accused of performing abortions for a hundred odd women from her home since the eighties was sent down for eight and a half years. In February 2004 in the fishing village of Aveiro, 10 people were condemned for illegal abortion.

8.4 million Portuguese voters will decide the fate of abortion within ten weeks of pregnancy. The current socialist government headed by José Socrates did not risk putting it through by force and chose the legislative vote. According to a poll carried out on January 19 by ‘Marktest’ for TSF radio and the daily 'O Diario de Noticias,' the majority ‘yes’ vote is gradually losing ground. 43.7% Portuguese are in favour of voting 'no', as opposed to 51.3% who say 'yes', according to a survey published January 31 - February 2 by the Correio da Manhã, showing a dramatic increase in two weeks. The abstention rate is the chief unknown element in this consultation, which may only be ratified if participation is more than 50%.

According to ‘O Diario de Noticias’, abstention results from a 'demagogical, moral, ethical and above all simplistic campaign.' In placing the choice of rights on one side of the scales and life on the other, the campaign is sowing indecision among the Portuguese who refuse to take sides. At the time of the last referendum in 1998, they refused decriminalisation with a tiny majority - 50.6% of the vote, with a 68.1% rate of abstention.

Debate is raging through the country's press, amongst its politicians and even within families. Pro-life associations led by the church are passionately campaigning on the sanctity of life. An extract from the programme ‘Pros e contras’, broadcast by RTP1, is also circulating on the internet, showing a young person with Down’s syndrome who proclaims with tears in her eyes that if abortion had been allowed, she would have been spared life.

On January 25, an anti-abortion march in Lisbon brought together eminent figures of the Christian Democrat party – the first secretary of the opposition party CDS/ PP and former finance ministers Ernâni Lopes and Antonio Bagão Félix. Ana Gonçalves, a member of the ‘Associação Portuguesa de Famílias Numerosas’ (Association for Large Families), is convinced that the ‘no’ vote will prevail because Portugal is a 'country that supports life, that should protect life.'

This is an argument that is fervently contested by the Portuguese family planning services or the ‘Associação de Mulheres Juristas’ (Association of Female Jurists.) The pro-abortion camp can count on left wing parties and the government of José Socrates. In a press release broadcast on the Portuguese Socialist party website, he encourages the electorate to vote for a law which 'will once again allow a social consensus where of course everyone will be able to live with their convictions, but where each person will have the freedom to his own ideas on the world and life.' The battle will be a long one.

Abortion in Europe – what, where and how?

Most countries leave the abortion decision to the woman, while other implemented few regulations.

Northern Ireland, Portugal and Spain have legalised abortion in exceptional circumstances; when the pregnancy poses a risk to the psychological health of a woman or because of foetal malformation (Portugal and Spain). Women’s social-economic situation is also important in the decision-making process (Great Britain and Finland).

Polish and Irish law is the strictest. It allows abortion to take place only when a woman’s health or life is threatened, or when pregnancy is a result of a rape (Poland).

There is a 12th week abortion limit. This does not apply to Great Britain, where the limit is 24 weeks, and in Sweden, Holland, Germany and Greece it is 18, 20 and 24 weeks in specific situations. In these cases, more medical information and tests are required.