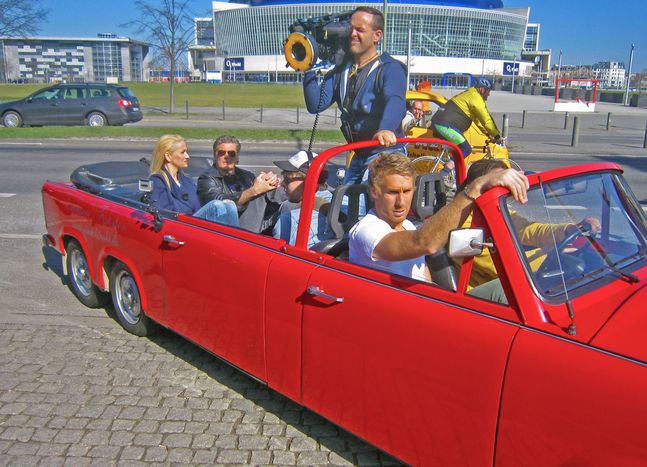 « poor but equally sexy » : selling berlin at any cost

« We may be poor, but we are equally sexy ». Klaus Wowereit's words in Focus magazine on November 2003 have quickly turned into a philosophy of life for the people of Berlin. The most thriving city in Europe, daringly leaping into the future, is a revolutionary city living « on the edge ». Its image, however, is essentially forged by its history. A past sold at a hefty price.

Paris. The City of Lights, fashion capital of the world. Romantic and bohemian, the french capital portraits itself as a mythical city. It’s the Eiffel Tower, the Arc de Triomphe, Montmartre, and the Haussmann avenues, all in one. It is the cradle of renowned writers Victor Hugo and Émile Zola. It is the one place where you can buy as many Eiffel Towers and Notre Dame Cathedrals as the market can provide. This is what Paris now sells to the world, its History without a warranty.

More often than not, European cities diligently build new products around their own respective legacies. A lucrative business of memorabilia of all kind, from t-shirts to postal cards, these famous cities are manufacturing their identities using their history as raw (and cheap) material. Thus, Rome becomes an engineering marvel - the Coliseum, while London transforms itself into a towering giant - Big Ben, and finally, the birthplace of democracy, Athens, assumes the identity of the Pantheon. Patrimony, whether architectural, cultural or natural, sells.

capitalising on a dark and painful past

Berlin is not the only city harbouring this rather unethical trend. However, considering its deeply scarred past, it has yet to reach is full potential in this growing market. Home to numerous events from the last century, Berlin keeps a vigilant watch over its surviving ‘lieux de mémoire’. However, far from repressing this recent and at times mournful past, the city has been able to embrace it, manipulate it, and exploit it for its benefit. 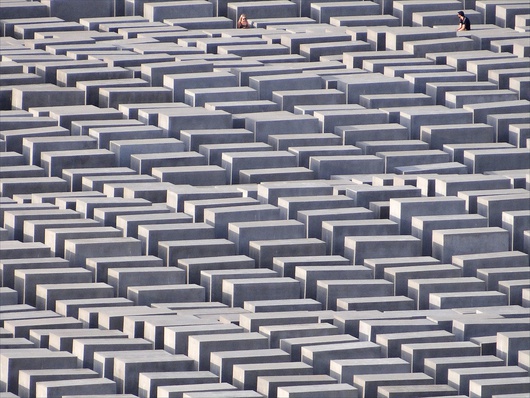 From the inspiring Holocaust Memorial to the « Topography of Terror », past the Jewish Museum and even the less known - and more discreet - monument dedicated to the Tziganes victims of Nazism, the Second World war it’s just one of the many products for sale in the German capital. The Third Reich, the Final Solution, the staggering number of bombings, basically every conflict from 1933 to 1945 can easily meet the blood-thirsty standards of this particular market. Once they are thoroughly analysed and properly illustrated, they are shipped directly to the assembly line. Consequently, the city is quickly buried in monuments and statues in honour of the countless victims of past wars.

As if to challenge the premisses of Adam Smith himself, Cold War memories seem to bring by far the biggest profits in Berlin. The heartbreaking dismemberment of the city, tearing apart thousands of families, and its long-awaited reunification are a fundamental part of its identity. The images of the Wall, and especially its fall, have travelled all across the world. The Wall, which is sometimes known as the « Wall of shame », has rewarded the city with untold wealth. During the reconstruction of such a complex history, the East Side Gallery became the silent witness of the chaos that ensued after the fall of the Wall. Here and there, the remains of the Wall were displayed throughout the city, along with a commemorative sign. They bring joy to most tourists who usually take a moment to appreciate this glorified piece of history. In town, reproductions and photographs of paintings from the East Side Gallery and « authenticated fragments of the Wall  » are selling like hot cakes. 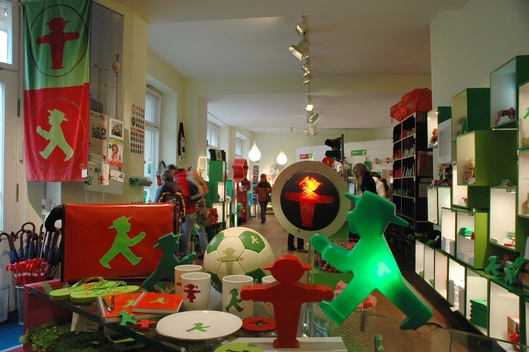 The Wall isn't the only souvenir from the Cold War period that is currently being sold in Berlin. Just a bit off the radar and more contemporary, we find « Ampelmann », a pedestrian silhouette which dwelt in traffic lights, hardly representative of former East Berlin, is now endlessly replicated in food, earrings, shoes, coffee mugs, school supplies, and even iPhone cases. This registered brand has created the equivalent of its female version : « Ampelfrau » ! Browsing through the glamorous world of vintage and the phenomenon widely known as « L’Ostalgie », we quickly realise that the symbols and cultural icons inherited from the former DRG (Democratic Republic of Germany) are carelessly manipulated and recycled for the amusement of tourists. La Trabant, a popular vehicle in the DRG, is indiscriminately sold and rented by a place called Trabi World.

But the « DDR-Mania », this nostalgic frenzy cleverly exploited to boost the city's image, must be contained within proper boundaries, clearly much more ideologic than rational. If the images of the Brandenbourg Gate, the Charlottenburg Palace, or even the Unter den Linden avenue - and other symbols from the glorious prussian era - also contribute in building the image of the German capital, the Palast der Republik will never count itself among the ranks of cultural souvenirs. The most visited cultural centre in socialist Germany, once the headquarters of the People’s Chamber, was destroyed in 2006, and this in spite of the lasting controversy that has stirred up politics in Germany. Seeking, perhaps, to wipe out this episode from the official memory of Berlin, they rebuild in its place the old « Stadschloss », the House of Hohenzollern until the fall of the German empire in 1918, eventually destroyed in 1950.

Evidently, the ingenious city of Berlin has successfully sold its contemporary history, even though this sometimes meant taking a shortcut in the pursuit of a true popularised history. 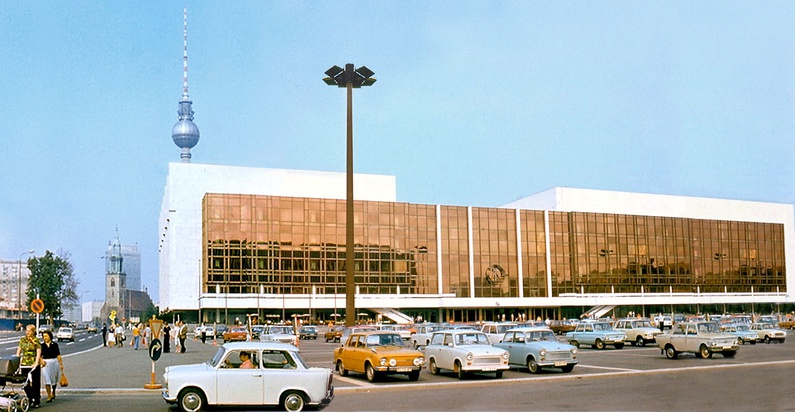