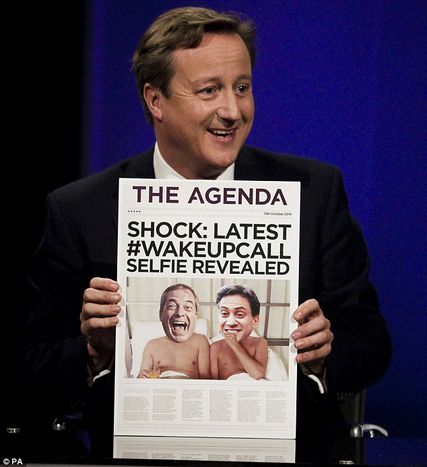 Political Swirl in the UK

The political environment in the UK is tense. Either because of the EU in/out referendum that hangs in the air, or because of the internal situation they are facing following the by-elections.

Liberal Democrat Vince Cable told the Huffington Post that Germany has ‘colonised’ the European Commission. This statement is pretty clear about his feelings towards Europe’s influence in Westminster. Nevertheless, Nick Clegg, Deputy Prime Minister of the UK and leader of the Liberal Democrats since 2007, expressed in The Guardian that he would accept an EU poll (regarding the referendum), but that leaving would be an economic suicide. A few days after this declaration, the by-election in Clacton gave Douglas Carswell a seat in the Parliament, UKIP’s first seat. This recent development reinforced both UKIP’s position in the UK political panorama and the idea of Britain out of the EU. After this victory, curiosity gave way to studies which revealed UKIP could win 30 seats in the 2015 elections, according to The Guardian. However, from a European point of view, not everything has been a bed of roses for UKIP's leader as last Thursday, October 16th , Farage’s Eurosceptic MEP group – EFDD – collapsed. This was a result of  the defection of Latvian MEP Iveta Grigule, meaning that the party no longer has MEPs from enough member states, according to the European law.

On Labour’s side, Ed Miliband promised they will introduce tougher rules on benefits for new migrants, a political maneuver trying to steal votes from UKIP.

Later, when asked in an interview on the BBC which one he would prefer to see as a Prime Minister of his country – Cameron or Milliband, Farage claimed, in a satirical tone, that the UK’s Prime Minister was Jean Claude Juncker. However, the bomb was about to explode when UKIP’s leader was invited to take part in the 2015 TV leader’s debates, causing effervescent reactions from the Green Party – whose leader, Natalie Bennett, was not invited to the debates - threatening a legal action.

Meanwhile, Rochester by-election’s date was announced for the 20th of November, as David Cameron attacked UKIP’s “Media Circus” concerning UKIP’s MP election and subsequent cession of airtime to the Party.

With all this political agitation, Labour is barely ahead of Tories in polls and Miliband is not feeling very secure, urging MPs to back him or warning that they will lose. Labour leader said the party must be united or will face an election disaster in May.

And since politicians can be very incongruent, it should be noted that Farage declared in the Huffington Post that UKIP would prop up a minority Tory Government, and three days later the same political party manifested its desire for Labour to win the next elections, as it fears Cameron could win an EU referendum. Incongruity or political move?

The last straw was when Conservative Lord Freud suggested disabled people aren’t worth the minimum wage. This inappropriate comment was made during the Conservative Party conference and unleashed a big amount of outraged reactions. As an attempt to defend his Party, David Cameron ordered Lord Freud to apologise for his verbal behaviour. “I would like to offer a full and unreserved apology (…) to be clear, all disabled people should be paid at least the minimum wage, without exception, and I accept it is offensive to suggest anything else”, said the great-grandson of Sigmund Freud.

Despite Freud’s statement being a plausible reason to turn away possible Conservative voters, the political struggle continues in the UK, with UKIP gaining ground in the political arena, Labour sweating blood in a cry for support, and the Liberal Democrats, the third-largest party in the House of Commons since 2010, trying to keep its position as steady as possible.