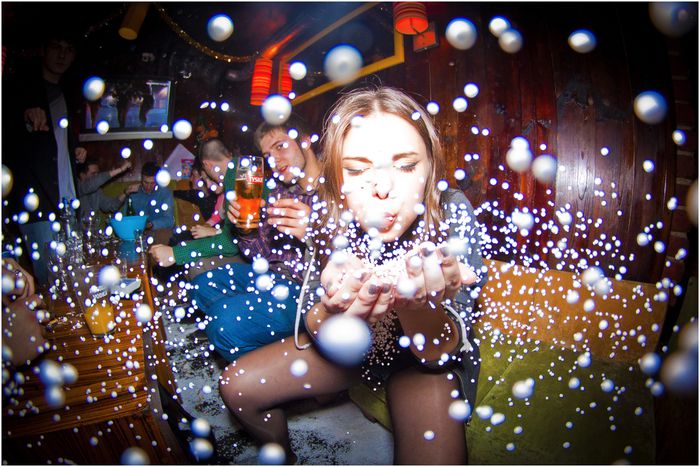 "Poland is a country that's unknown to most people..."

As a Warsaw correspondent for a variety of different French media outlets, Maya Szymanowska has also written Les Polonais Audacieux, about her regular trips to the biggest state in Europe's eastern block. Born in Warsaw, this French-Polish journalist has a lot to say about the many changes of a country that has decided to carry out a whole host of bold reforms. Too many, perhaps?

cafébabel : In what ways are Polish people becoming more audacieux?

Maya Szymanowska : Poland's rate of economic growth (currently 3.5%), means it stands out like a UFO in the pessimistic atmosphere that has taken hold of the rest of Eastern Europe. Above all, it's the mood within the country that has struck me. When you suggest a new idea in France, you have to prepare it, and analyse it over time. In Poland, the crazier the idea, the more quickly it will catch fire. I also wanted to respond to some of the cliches that Polish people are always subjected to: that they are all antisemites, or devout catholics... In reality it is a society which is constantly in flux. Polish civil society is very dynamic. In short, I wanted to present Poland in a different light.

cafébabel : You talk a lot about all the changes you have seen during your frequent return trips to Warsaw. How has it started to change?

Maya Szymanowska : It's like if a film had changed from black and white to colour. I always go back for Christmas with my family. Every time I return, I feel like I'm watching a new postcard make the shift into technicolour. In 1990s Warsaw, there was only one ticket seller and three cafés. Today, you have a bank on each street corner and a steadily developing financial district full of skyscrapers. Jerzy Skolimowski's most recent film, 11 minutes, is set in a Warsaw that resembles the New New-York. This town is changing enormously.

cafébabel : Have all these changes been accelerated by the end of communism?

Maya Szymanowska : Clearly! It took maybe a couple of years but the election of Lech Walesa in 1990 really did signify the end of an era. We first went through a phase of wild liberalism, like America, where we even spoke about the "Far East". Then, between 1999 and 2004, the country worked out how to regulate its economy. That wasn't easy at the time. We spoke a lot about corruption, about collusion between the state and big businesses. Poland could have taken the same path as Ukraine and become a oligarchic democracy.

The trailer for the movie '11 minutes' by Jerzy Skolimowski.

cafébabel : Poland still remains very associated with its past. Is it a country in search of an identity?

Maya Szymanowska : I think this is a great definition. I do not know if it is only a Polish problem, but in any case, here, it is evident. You must remember that Poland is a young country, that has only existed since 1918. And yet, it wasn't ever really a free country after the Russians landed in 1945. Democracy has only existed since 1989. It is sometimes a country that's a little defensive of its identity, because it is still looking for one. This explains all of the internal wrangling.

cafébabel : Do people talk about this history?

Maya Szymanowska : People know the history very well. It is a permenant conversation topic, including for the younger generation. In the evenings, we will dissect all these events which relate to the past. I have never seen that in France... They speak more about their Jewish past, for example. They have been organising debates for the last fifteen years in a very uninhibited manner in which all points of view are discussed.

cafébabel : There are still some tensions, especially with regards to immigration...

Maya Szymanowska : It's true that we should not forget the disturbing rise of conservatism. Jaroslaw Kaczynski (President of the conservative party, Law and Justice. ed.), just made this awful statement that refugees would bring diseases with them when they arrived. Elsewhere, there exists a fringe of the population that is afraid, who don't have the same feeling as the rest of Europe, and who are very mobilised. These are the people who go to church, who are very disciplined and who are becoming sort of an armed contingent for the conservative wing of government.

cafébabel : On the other hand, you say that there are a lot of young people who are motivated, who are interested in social issues and ready to take to the street to defend their freedom.

Maya Szymanowska : The youth mobilise themselves and take to the streets, sure, but above all for subjects that concern them, like the internet. It was particularly striking during the protests against the ACTA treaty in 2012 (the Anti-Counterfeiting Trade Agreement, an international treaty about the reinforcement of interlectual property rights. ed.) In -20 degree temperatures, they assembled en masse to protest the absence of transparency in the negotiations. 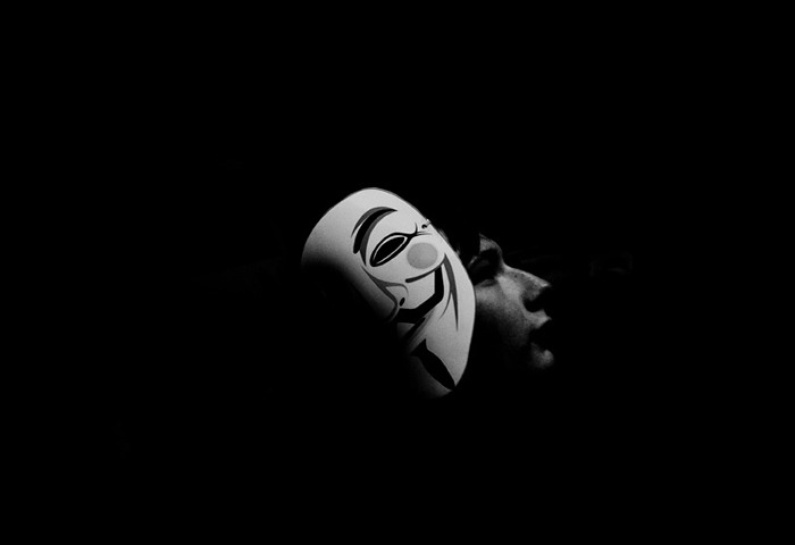 cafébabel : Did this unrest manifest in the ballot box?

Maya Szymanowska : No, because the youth are not represented. It's important to note that the left does not exist in Poland. It hasn't know how to redefine itself after the fall of communism. There is coalition of the left, but after the last polls. it looks like it won't return to Parliament after the elections next weekend.

cafébabel : So who can represent their views?

Maya Szymanowska : Nobody. Out of nowhere, young people will vote for an unknown. At the last presidential elections, the young supported an aging rocker from the 90s (Pawel Kukiz. ed.). He was the third biggest player in the political landscape, just because he was different and he didn't come from the traditional political class.

cafébabel : People are talking more and more about Razem, who some say are "the Polish Podemos". Would you say they symbolise a coming change?

Maya Szymanowska : Yes, yes... but in small doses. But it is like the ecologists in France, the members of ther party disagree. Internal bickering prevents their advancement. A leader is struggling to emerge.

cafébabel : Poland joined the EU in 2004. How do you think the image of the country has changed in Europe since their addition, ten years ago?

Maya Szymanowska : Now? I'd say their image is nonexistant. Well, in Germany, surveys show that they are no longer thought of as car theives... that's already progress. But elsewhere, we never talk about Poland. I believe that it is a country that's unknown to most people. We only talk about the country through stereotypes. It's a shame. There was a time when relations with France were stronger. The political class spoke French, the cultural changes were much more frequent... 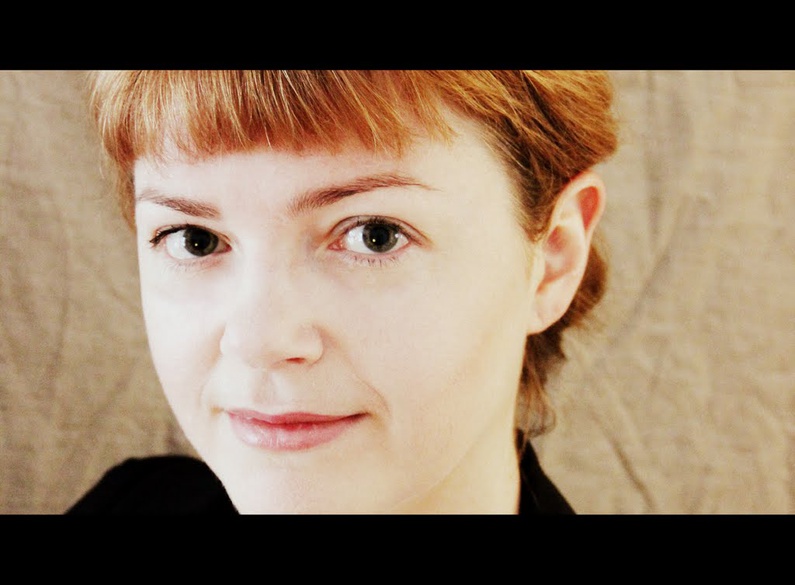 cafébabel : On the European scene, you get the impression that the country is a bit more of a heavyweight. Donald Tusk (the former Prime Minister. ed.) is President of the European Council. Poland is sometimes presented like a kind of economic Eldorado...

Maya Szymanowska : Yes, with regards to Europe, you can't deny it. The Polish are clearly europhiles. The problem is that they need ideals. And Europe is perceived as a purely economic organism. So, the population just frets about identity and the nation state remains more important that the rest of the continent.

cafébabel : What role has the country come to play within the EU?

Maya Szymanowska : Despite evereything, I think that Poland is in the process of experiencing something new. I've met a lot of foreign entrepreneurs who are very happy with the economic activity of the country. They find that the Poles are workers, that they speak good English, the the level of education is very high for the salaries which they are earning. Poland is becoming the workshop of Europe.