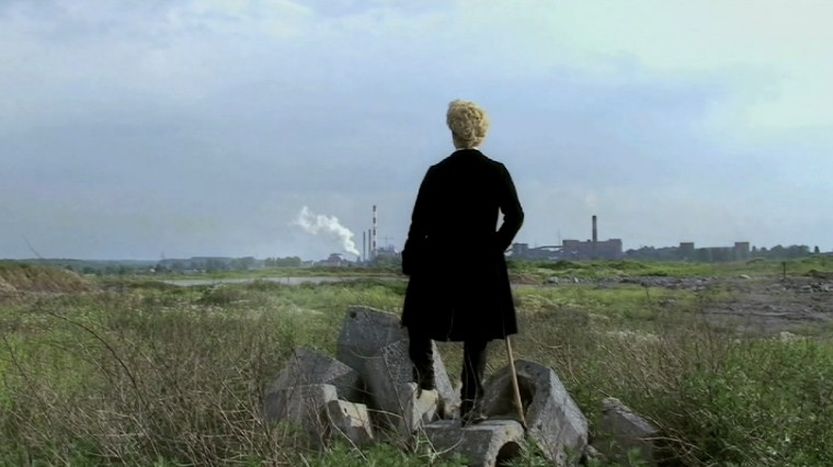 The exhibition ‘Good Neighbours? German Motifs in Polish Contemporary Art/ Polish Motifs In German Contemporary Art’ is showing at the Bethanien art gallery in Berlin’s Kreuzberg district until late October. The works on display reflect the quality of the German-Polish relationship today

As everyone knows, garden gnomes are petty-bourgeois and typically German: the sight of this installation, Polentransport, by Polish artist Paweł Jarodzki sets off a series of (terraced) stereotypes in my mind. The pedantically lined up, gilded garden gnomes in the centre of the room remind me of lawns mowed with absolute exactness, of precisely laid out borders, hedge trimmers, grilled sausages, old German hits, beer bellies in ribbed vests. And of petty arguments with the person who disturbs this idyll: the neighbour. 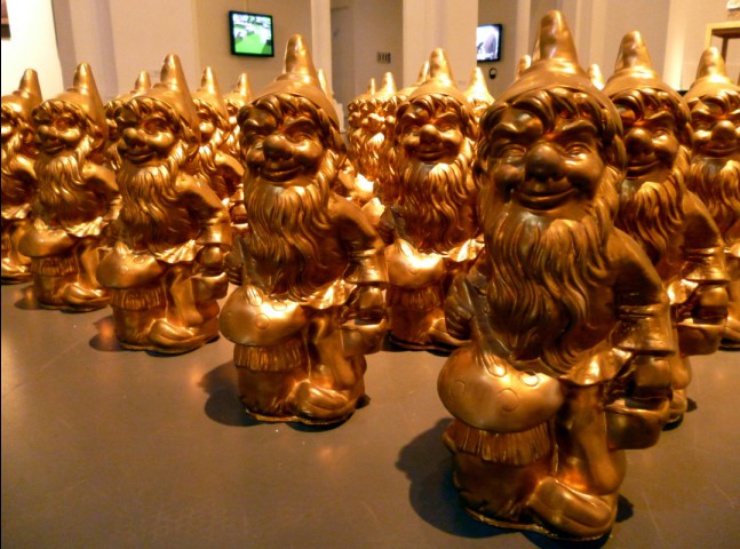 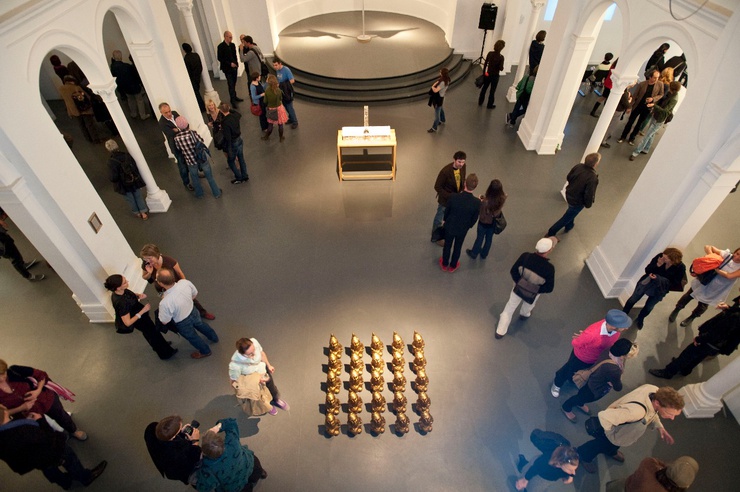 The roles are clearly distributed in the German-Polish relationship: the pedantic, belligerent petty German citizen versus the sly and slovenly Polish builder from next door - or are these clichés out of date? Twenty years after the German-Polish treaty of ‘Good Neighbourhood and Friendly Cooperation’ was signed, can we really talk about a neighbourly relationship between Germany and Poland? According to curator Magdalena Ziomek-Frackowiak, the exhibition aims to get to the bottom of this question. She hopes that one day the friendly nature of the relationship will no longer be in doubt and that the question mark in the title will be deleted.

Read ‘‘The Wonderous World of Laundry’: forgiving free market in Berlin and Warsaw’ on cafebabel.com

However, that day certainly hasn’t arrived. This becomes clear on reading the list of artists on the exhibition flyer: whilst 21 Polish artists are taking part in the exhibition, there are just 8 Germans to counter-balance them. Likewise, the relationship between the neighbours is unbalanced. In general, Poles are interested in Germans, while Germans aren’t interested in Poles. Due to the lack of existing German works on the theme, German artists had to be commissioned specially for the exhibition, the curator tells us. This was the case for example with Dietmar Schmaleand his project ‘restitution – cultural exchange’. The performance artist went to Danzig to clean Polish households – a kind of symbolic compensation for the work of the underpaid ‘polish cleaner’.

‘She seeks him’ by Clemens Wilhelm talks of the Polish women’s longing for a better life in Germany – the video collage is made up of video ads made by Polish women to convince German men to marry them. The picture that Germany has of its neighbour seems to be based on long familiar clichés that have hardly changed over the last few decades.

In contrast, the theme of Germany is fairly common in Poland. The exhibition organisers were able to pick out the most interesting and meaningful works on the subject. Even so, the Polish artists are also not particularly interested in the present and future state of the German-Polish relationship: Wartopia by Aleksandra Polisiewicz is the virtual reconstruction of a ‘German Warsaw’ according to national socialist town planning. We Don’t Forgive is the half-ironic title of the most striking work in this respect. Jerzy Kosalka's work shows two toy tanks with canons spouting cotton wool driving into each other. Sixty-six years after it ended, the theme of the second world war continues to dominate confrontation with the western neighbour. 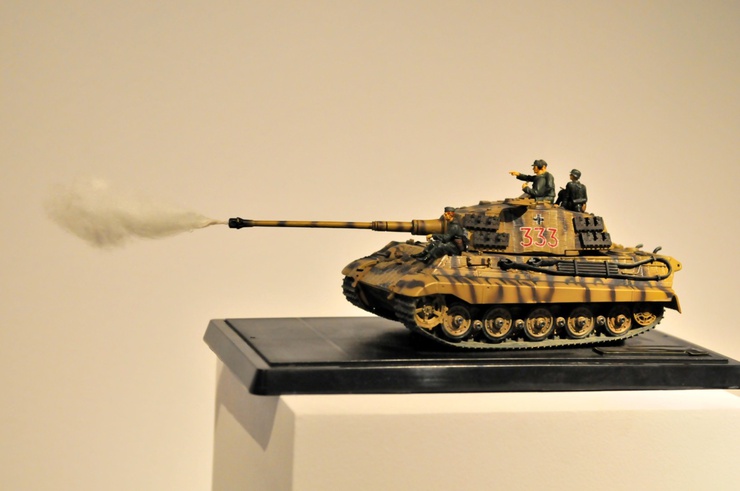 With its wide spectrum of diverse and original multimedia works the exhibition makes it clear that there is a lot to be caught up on. Antiquated prejudices play a central role on both sides of the river Oder. It seems to have gone unnoticed that Europe has changed in the last few years, that Poland is no longer a victim of war and communism but is instead a modern EU country whose economy is growing reliably despite the economic crisis. Poland is holding the European council’s rotating presidency between July and December 2011, and the Good Neighbours? exhibition is co-financed by the cultural foundation associated with this. The fact that the exhibition is taking place in Berlin at all is in itself an important step at this moment in time.

Poland is no longer a victim of war and communism

This isn’t the only event on this theme on Berlin programmes: the annual jazz festival in November is putting the spotlight on Poland this year. The German academy of arts (Akademie der Künste) and the Polish institute will be holding the series ‘change of view – artistic dialogues with Poland’ (Blickwechsel – Künstlerische Dialoge mit Polen). The Gropius-bau exhibition hall is hosting the high-profile exhibition ‘Door to door. Poland-Germany, 1, 000 years of art and history’ (Tür an Tür. Polen-Deutschland, 1000 Jahre Kunst und Geschichte). It is a sign that Germany’s interest in its (until now) unknown neighbour is growing. Germany is now more prepared to throw a glance over the garden fence. Unfortunately, both Polish and German motifs in contemporary art are a journey into the past and into the stereotypes of both countries. Ultimately the exhibition demonstrates the ignorance of what is really going on today on the other side.

Images: with the kind permission of © agitPolska e.V.