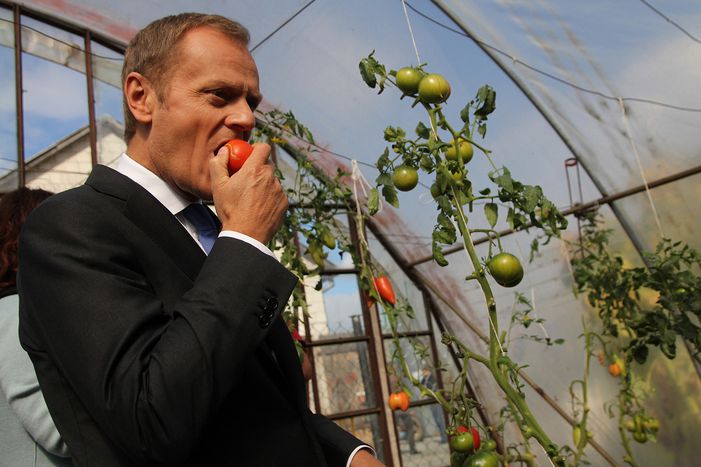 Poland elections: another one bites the Tusk

Donald Tusk’s pro-European civic platform (PO) party won 39% of the vote in parliamentary elections on 9 October. It's the first time a ruling party has been returned to power since the fall of communism in Poland. The Spanish, Hungarian, Czech and local press react

The victory of the pro-European Polish prime ministerDonald Tusk and his liberal-conservative civic platform party in the parliamentary elections is a major opportunity for Poland and for Europe, says the Spanish left-liberal daily: ‘Tusk's re-election paves the way for a certain normalisation of political life in Poland, which until now has suffered under the same lack of constancy as in other eastern European countries. The civic platform has neither adopted an anti-European stance nor used the communist past of the country to divide the nation. It has simply sought the advantages Poland has through its EU membership (it became a member state in 2004 - ed). Poland's image under the Kaczyńskis has changed radically since Tusk took over power, with his discrete form of government. His victory gives Poland the opportunity to consolidate the success attained so far and expand the country's clout in the European project. Not only to his own advantage but also to that of the entire European union’

In re-electing Donald Tusk and his civic platform the Poles have opted for stability and continuity, writes the Hungarian conservative daily: ‘In times of crisis people above all long for stability and dependability. Changes with uncertain outcomes are not an option for the voters. Although a growing number of people were dissatisfied with the PO's policies, Donald Tusk and his coalition were given the go-ahead despite their mistakes and weaknesses. The fact that the PO is currently considered a guarantor of Polish stability is decisive. Certainly, Tusk and his team also have their merits. After all, the Polish economy has been the only one not to plunge into recession in the depths of the crisis. A majority of Polish society also credits the Tusk government with having re-established a more sedate mood in the country after the turbulent years of the polemical law and justice party (PiS)’

Donald Tusk is the first Polish prime minister to be reinstated in office since the fall of communism. The next four years will show how good he really is, writes the Czech business paper: ‘Economically speaking Tusk was above all lucky during his first term in office. A week before the fall of Lehman Brothers he bragged that Poland would have the euro within three years. Nevertheless it must be said that Poland was the only European country with a rise in GDP in 2009 - thanks to the strong domestic demand and the wellspring of EU funding. The second term will show whether Tusk and his team are really that good. Polish entrepreneurs and economists suspect Warsaw will not be able to navigate a second wave of crisis quite so easily’ (Martin Ehl)

Prime minister Donald Tusk's second term in office will be more difficult than the first because he must restructure the budget, writes the Polish conservative daily: ‘During his first legislature period his main task was seeing to the economy and basic infrastructure investments (above all road construction). However in the second legislature period a dependable economic policy and careful spending will no longer be enough to secure yet another civic platform election victory. The first mandate of the coalition between PO and [the agrarian party] PSL was marked by the severe global financial crisis, which Poland successfully braved. But the price was high and public debt grew sharply. The result was a record public deficit. Now the government has no option but to stop the growing debt and reduce the deficit’ (Paweł Jabłoński)