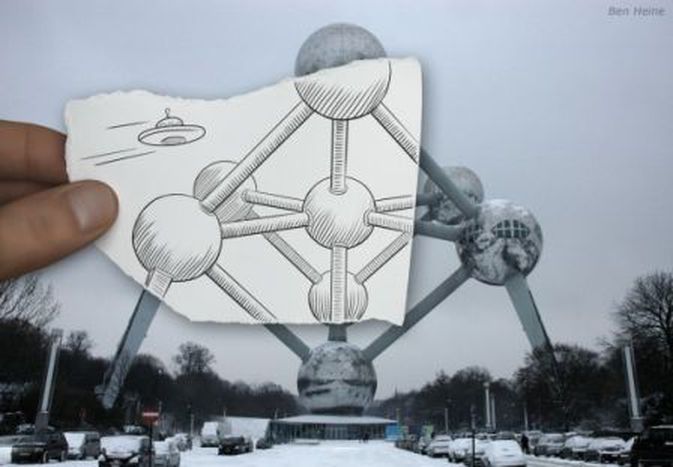 Pencil Vs Camera: European cities through the pencil

Pencil Vs Camera technique is another piece of the experimental art of the Belgian cartoonist Ben Heine. Above, the Atomium in Brussels is under attack. 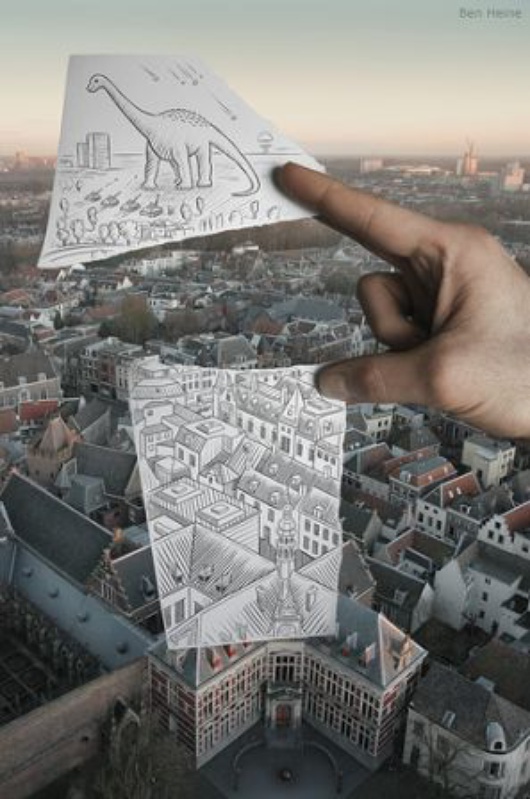 A dino in Utrecht, view from the Dom Tower.

He explains to Newslite.tv how he came up with this idea:

"It came by coincidence while I was watching television and writing a letter at the same time a few weeks ago. Reading my letter before putting it in the envelope, I saw in transparency the television behind the paper. I then realize it would be great to make something similar in a single image showing 2 different actions." 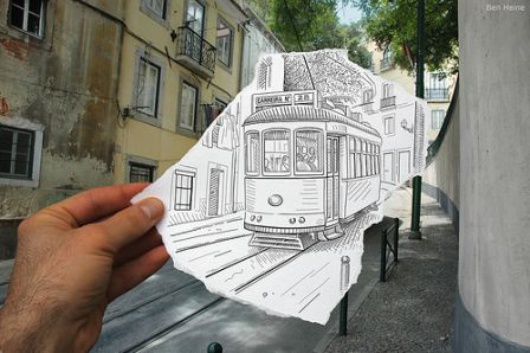 The legendary Tram 28 in Lisbon. 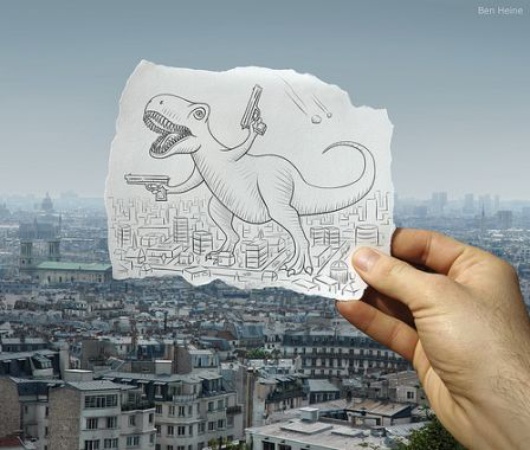 Something went wrong in Paris, view from Montmartre's hill.

Every works is done by Ben Heine.