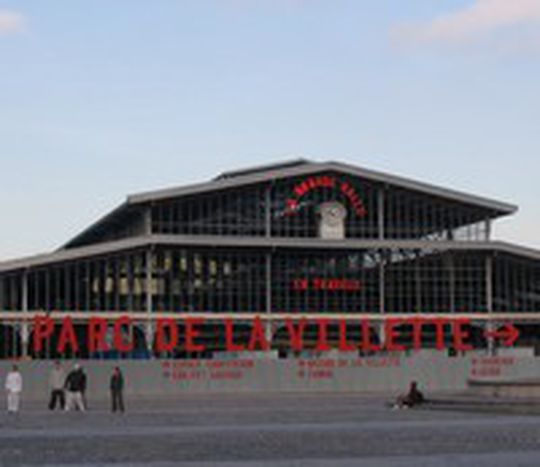 The Parc de la Villette in Paris is one of Europe’s leading art centres. Here art, music, science and technology all rub shoulders

'These were abattoirs before.' 68-year-old Raymond points his cigarette stub to the vast lawns stretching behind the events hall at the entry of Parc de la Villette. He has lived in the area for donkey’s years, and is well used to his Sunday walks in the park.

'Lorries arrived every day packed with cattle. There was always something happening. The neighbouring cafés were swarming with people.' Today the park is anything but bustling: take a little walk, and you're likely to only meet another fellow stroller, while youths flit about on bikes. In the field behind the large hall, the sounds of a football match reach the ear.

Anyone disembarking at Porte de Pantin in the north-east of Paris cannot miss the Parc de la Villette. Standing opposite the underground exit is the central events hall and alongside it, a small red visitor information hut. The curvaceous façade of the Cité de la Musique rises up from the right hand side of the hall, while a fountain sprouts between buildings on the large square.

The park stretches for over 55 hectares around the city. Events held here range from classical music concerts, dance performances, rock concerts and open air cinema to science and technology exhibitions. The culture and nature ensemble – unique in its kind in Europe – was built in the eighties on the French capital’s former abattoir grounds. In the north and the east, the park still borders on barren railway equipment and idle industrial buildings.

From cattle hall to festival hall

The Grande Halle, which hosts exhibitions, festivals and trade fairs, is one of the few remaining buildings in the park dating from the 19th century. With its iron constructions, its squiggling buttresses and metal-framed glass panes, it looks more like the Eiffel Tower than a pure functional building.

The hall was used as a cattle market until the seventies and could house 5,000 animals. The market and abattoirs for the whole of Paris were based here for several hundred years. The arrival of modern cooling systems meant that the abattoirs were no longer needed to transport the live animals into the city - the last ox was slaughtered in La Villette in 1974.

In the late seventies, the government decided that instead of cows, culture was to dominate the north-eastern suburb of the city. Reconstruction work began in 1983 and, only a year later, the Zénith concert hall opened its doors. If a French band played here, it was a sign they had made it. The Cité des Sciences et de l'Industrie and the theatre and concert halls were built only a few years later.

Walking around La Villette is like leafing through a guide of modern French architecture. Christian de Portzamparc is the architect responsible for the Paris Congress Centre and the French Embassy in Berlin. He also developed the Cité de la Musique, while Bernard Reichen and Philippe Robert transformed the former cattle hall into an exhibition hall. The Swiss Bernard Tschumi designed the parks and its string of red huts, which are used as information desks or restaurants.

The Cité des Sciences et de l'Industrie, France’s science and technology museum, dominates the north-east of the park. From a distance, the building resembles an oversized Lego block. 'The enormous building was erected as an abattoir in the early seventies,' says Bruno Jammes. 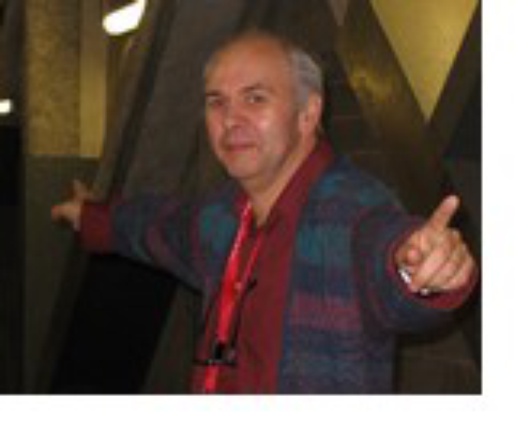 On a tour of the 270- metre long building ,the director of the museum’s multimedia department shows some traces of the past. 'In the basement the carriages with cattle arrived. This floor is still known by employees today as 'niveau gare' (literally ‘railway level’).' When the abattoirs were closed, the enormous carcass fell into disuse until architect Adrien Fainsilber converted it into a museum.

Over three million visit the Cité des Sciences each year. The temporary exhibitions deal with topical themes, from Alzheimers to Albert Einstein, and from cannabis to climate change. With a surface area of 75 square metres, the Cité is one of the largest technology museums in the world. It is a role model for projects throughout Europe, for example the recent permanent exhibition from 'Eugenides', an Athens-based science foundation.

One last relic of the past is to be resurrected before 2010. Until today, a quarter of the building has been lying idle. Not even the Cité des Sciences could cope with the dimensions of the abattoir. 'There were plans to build a university or other museums, but these never materialised,' reports events director Frédéric Poisson.

Now a private investor has expressed its interest. The company Apsys plan to build a shopping centre that specialises in digital technology. Cinemas could prevent a ‘great loneliness’ falling on the centre after the suburban museum closes its doors each evening. 'We are in negotiation phase,' says Poisson. 'This time, I hope that they lead to something.'

For elderly inhabitant Raymond, cinemas will change very little. He feels that the whole site is too lifeless: 'Tourists come now, but there were ten times as many people here years ago.' However, Raymond does appreciate something about the park. As a fan of classical music, he would like to attend a concert after his Sunday walk. 'I can’t stand the Cité des Sciences,' he says categorically. 'I prefer to go to the theatre or the Cité de la Musique.'