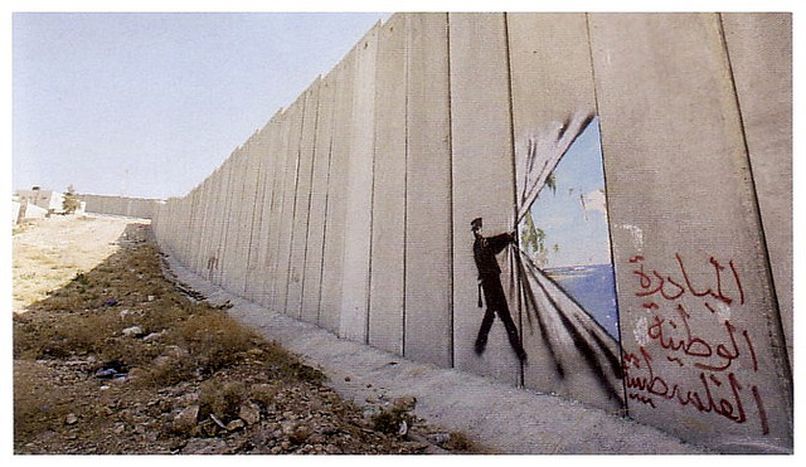 Palisraelian symphony: Israelis and Palestinians speak with one voice in the European Parliament

The Arab Peace Initiative is an opportunity not to be missed, say Israelis and Arabs alike during a conference that took place at the European Parliament, on 13 November 2014.

We don’t often hear Israelis and Palestinians speak with one voice. Let alone in parliament, let alone in the European Parliament. And yet, that’s exactly what happened the other day. On 13 November 2014, Israeli parliamentarian Nitzan Horowitz, representing the pro-peace wing in the Israeli Knesset, and his colleague Dr Abdullah Abdullah, seasoned diplomat and head of the Palestinian Legislative Council’s political committee, spoke with one voice.

Horowitz and Abdullah were accompanied by a colourful ensemble of other Israelis and Palestinians, many representing civil society organisations, who added their own Alto and Tenor voices to the Horowitz-Abdullah duo, to create one harmonious Palisraelian symphony. The main theme of that symphony was their wholehearted request to European Union law- and decision-makers to assist them in convincing the Israeli government of the need to reconsider the Arab Peace Initiative, or something very much resembling it, as a basis for lasting peace and prosperity for Jewish and Arabs alike.

“The only good idea”

Titled “Towards a comprehensive Middle East peace: Is the Arab Peace Initiative still a relevant basis?”, the conference was hosted by Sinn Fein MEP Martina Anderson, and co-organised by a range of civil society organisations, including the Jerusalem-based Center for Democracy and Community Development, the Beersheva-based Negev Institute for Peace and Development (AJEEC-NISPED) and PAX from the Netherlands. And the unequivocal answer to the question asked in the conference title, flowing forth from all sides of the hall, was a big resounding Yes.

Nitzan Horowitz took a firm stand when he said “this initiative is a good idea. It’s the only good idea.” Vivian Silver, Board Member of the Negev Institute for Peace and Development (AJEEC-NISPED) said, if not endorsed, the API would become “an enormous colossal missed opportunity of unheard of proportions.”

The Arab Peace Initiative (API) remains the single most significant and comprehensive peace initiative launched 12 years ago by 22 Arab heads of state, to end the Israeli-Palestinian conflict. The initiative offers Israel a normalization of relations with all 22 Arab countries, in exchange for a complete withdrawal from the occupied territories, based on the pre-1967 armistice lines. It furthermore allows for the option of negotiated land swaps and a "just” and mutually “agreed” compromise solution to the Palestinian refugee problem.

Over the years, the API has been accepted by the EU, the UN, the Quartet, and, more recently also by the US as a possible basis of their Middle East policy. And, just a few weeks ago, “in what appears to be the largest-ever joint protest by senior Israeli security personnel, a group of 106 retired army generals, Mossad directors and national police commissioners” have followed course. As Israeli daily Haaretz informs us, the 106 Israelis have signed a letter to Prime Minister Benjamin Netanyahu urging him to “initiate a diplomatic process” based on a regional framework for peace with the Palestinians, thereby referring to the API (Haaretz, 3 November 2014).

When, if not now?

And yet, and spectacularly so, ordinary Israelis “are not aware of the initiative”, says Horowitz. Significantly, the main message of those recent signatories was that Israel has “the strength and the means to reach a two-state solution that doesn’t entail a security risk.” Vivian Silver speaks of polls according to which 76% of the Israeli population would now actually be ready to accept a solution based on the API if adequately explained.

Marina Anderson MEP concludes the conference by saying that “the definition of insanity is to do the same thing over and over again, and expecting a different outcome”, suggesting that the Israeli government, and the world, should try something new now.

Abdullah offered a view of a brighter future: “I’m a Jerusalemite. And I still remember how, as a boy, in the 1930s, I would switch off the lights for my Jewish neighbours on Friday nights when they were celebrating Shabbat. We all helped each other. And we could go back to that.” And musing of that possibility, as if he clearly saw it in his inner eye, he reaffirmed that “Yes, that can come again. When the Israeli feels that he is free from fear. And when the Palestinian fees that he is free from occupation.”