May 1st will see foreign troops occupying part of the EU. EU law will only apply in southern Cyprus. Northern Cyprus will house some 30,000 Turkish soldiers. Reopening negociations soon could help bridge the divide. 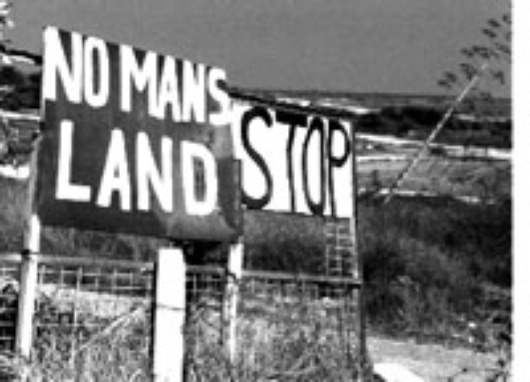 Turkish Cypriot leader and vocal opponent of the collapsed reunification plan, Rauf Denktash, once said that there is no such thing as a Cypriot. The island is split between Turks and Greeks, and the only true Cypriot is the endangered Cypriot donkey.

Indeed, EU accession risks dividing the island’s Greek and Turkish populations still further. The first border to be opened a good year ago now is in fact an external border for a European Union that is becoming more and more like a fortress. Some 8000 Turkish Cypriots, who work in the south, fear that they will be hindered on their way to work because of the “Euro-division”.

A new referendum is possible

But Cyprus' future does not lie in a separate accession bid from north Cyprus, which could possibly happen when Turkey joins the EU at some point in the next ten years. Instead, it lies in a speedy and courageous resumption of negotiations. Alvaro de Soto, UN special representative for Cyprus, has already announced that a further referendum is certainly a possibility. After the failure of Kofi Annan’s diplomacy, it is now time for the European Union to take action against the bizarre situation which exists in one of its new member countries.

That means learning from past mistakes: The failure of the UN resolution, which provided security guarantees for the united island, was disastrous for the referendum’s outcome. After the Russian veto, the largest party in the island’s Greek South, the left AKEL –which, until that point, had been undecided- called upon the population to vote no. According to Xenia Constantinou, security concerns, i.e. the fear of the Turkish army, played a decisive role for three-quarters of the population, who voted no. Constantinou works with young Greek and Turkish Cypriots in the youth group “Youth Promoting Peace”. She believes there is no better safeguard against cross-national aggressiveness than EU membership. This has yet to be achieved.

Greek Cypriots are not against reunification; they have simply rejected a specific plan. The diplomatic errors which dominated the last vote, and which led to the surprise reaction to the negative attitudes of important protagonists like the Greek Cypriot President Papadopoulos or the AKEL party, should not be repeated. Only if the EU negotiates directly with the island’s politicians is a solution possible, a solution which will also be acceptable to the island's population.

The European Union should lend strong support to confidence-building measures between the ethnic groups. Levent Kizilduman, a Turkish Cypriot who works for the NGO “Tech4Peace”, says: “Joint activities are not so common. However, the young generation could learn to live and work together”. It is vital that people still cross the borders after May 1. Indeed, economic and cultural exchange between the islanders should be systematically encouraged.

Cyprus' accession to the EU may be a spur to the politicians in Nicosia to agree on a new plan, to dispel the Greek Cypriot concerns about security and to support the creation of a joint civil society. In the words of Xenia Constantinou: “We must question the divides, and overcome them, in order to reach a solution”. In this way, it won't just be endangered donkeys that are true Cypriots in the future.