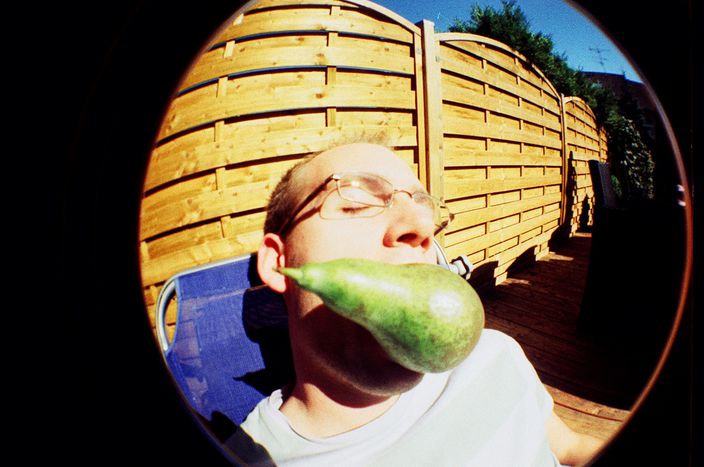 Organic Seville: too many exports, not enough young workers or local mouths

Seville exports organic products all around Europe, making Spain the premier European producers and growers in bio-agriculture. This model is a laboratory for the rethinking of an ageing sector, but it also threatens local producers

‘The CAAE assocation offers its members the strength of being the leading ecological label in Europe,’ drones the voiceover of a campaign showing on a plasma screen in the waiting room. We’re at the headquarters of the Andalusian ecological agriculture committee or Comité Andaluz de Agricultura Ecologica (CAAE) in Seville, a city where four companies have been closing down per day since 2007, according to the newspaper El diario de Sevilla.

Francisco Casero Rodriguez, aka Paco, is the charismatic head of the association. He cites the earth and the energy needed to protect it as two of his religions. ‘I’ve completed more than forty hunger strikes to support farmers and the environment.’ It’s even on Paco’s CV. He started off at Plan Forestal Andaluz and the ‘one Andalusia, one tree’ campaign against deforestation twenty-six years before 2011 was denoted international year of forests. ‘At the CAAE we were the first to speak about the ravages of intensive agriculture,’ he adds. That was back in the nineties when pesticides were top of the pops. Today many farmers are sick and pesticides have become their daily poison (after a documentary, Notre poisons quotidien by French movie maker Marie-Monique Robin, on the dangers associated with it). For the twentieth consecutive year at the head of the biggest organization for organic labels in Europe, Paco is waking up this morning at 6am. We call him a visionary because the organic trade is bringing in the fruits: of the 1, 672 certified acres in 1991 to the 829, 839 today, the increase in the number of producers has seen 2, 689 more join the market in over four years.

What is the reason for all these producers switching to organic? Muntse Ligero, a chubby and jovial young woman, is responsible for raising 150 farm chickens and various acres of vegetables – both certified as organic – but she is also in the delivery business, which focuses on ready meals and organic desserts. Muntse grew up surrounded by the business thanks to a working-class family garden which kept her far from the supermarkets. It only took a simple administrative step to certify her production. ‘The organic label opens doors for you,’ she says. The idea goes well with the CAAE’s promotional video – Muntse pays 900 euros (£781) a year for being part of the ‘leading label in Europe’. The rest comes from her bare hands and of course, her brains. ‘The organic sector has the brightest future in the agricultural world,’ she says. ‘A family can easily subsist on two acres of diversified organic crops. But more than producing night and day, you need to know how to get out of the box and propose newer ideas. Farmers fear the organic market because it doesn’t really bring you much on a local scale. Above all they are convinced that their crops would be ruined without pesticides. But so far it hasn’t happened to me.’ 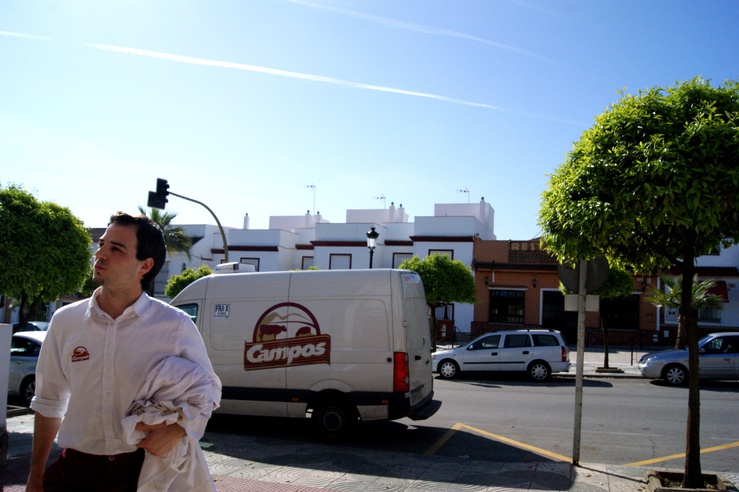 This is more than just the question of a generation, but also about raising awareness. Between organic week and camping educational trips, there’s no lack of activities at the CAEE when it comes to information and training. However the residents of Seville don’t have enough access to organic products, at least according to Muntse. ‘The majority of the activities at the CAAE are dedicated to exportation,’ she says, referring to the 80% exportation rate. ‘They could consider the local market a bit more.’

Only 4% of Spanish farmers are under 35

Pepe, who owns Gaïa, a boutique selling organic products with a little restaurant on the side, is also not so convinced. He’s a fervent promoter of the slow food movement’s slogan, ‘food that tastes good, is produced in a clean way that respects the environment’. He refuses the pay the 400 euros a year that he would need to get a CAAE certification, since all the products that he sells ‘already have a label’. In a room where his wife gives Chinese medicine classes, he later confesses that he doesn’t quite agree with the CAEE’s raison d’être. ‘The Spanish organic market has made exportation its main goal since the association was created,’ he says, echoing Muntse’s words. Being an exporter as well as an organic producer seem to be two irreconcilable concepts at first, but the CAAE emphasises the greater recognition and thus consumption of the label and its products across Andalusian borders…and thus a way of saving the earth and its workers. For example you can find the CAAE represented at events such as the Biofach, which is the best-known of organic fairs, and which takes place in Nuremberg, Germany. Being open and dynamic is the also the best way of encouraging young people to come back to the industry. ‘We have to offer them secure jobs,’ says Paco. This is urgent at a time when ‘only 4% of Spanish farmers are under 35’, and where agriculture is one of the first industries to suffer from unemployment. 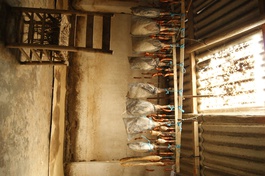 José Joaquim Suarez Tejeiro is 41, one of the rare ‘young’ people that someone can point me in the direction of. He is an affable manager of a company who says he is not afraid of mixing ecology with exportation – and profits. As well as running some twenty companies, he acts as a consultant to other companies such as Lidl. As we pass the German company’s latest supermarket on the outskirts of the city en route to his organic farm, he points out that he was one consultant who advised them to move out there. ‘But the earth makes me the happiest,’ the former management student admits. He is not lying. He knows his pastures, which are in Huelva along the Gulf of Cadiz, by heart and he is fond of paying visits in his Audi Quattro to the Iberian pigs which will later become his precious jamon de bellotas (cured ham). 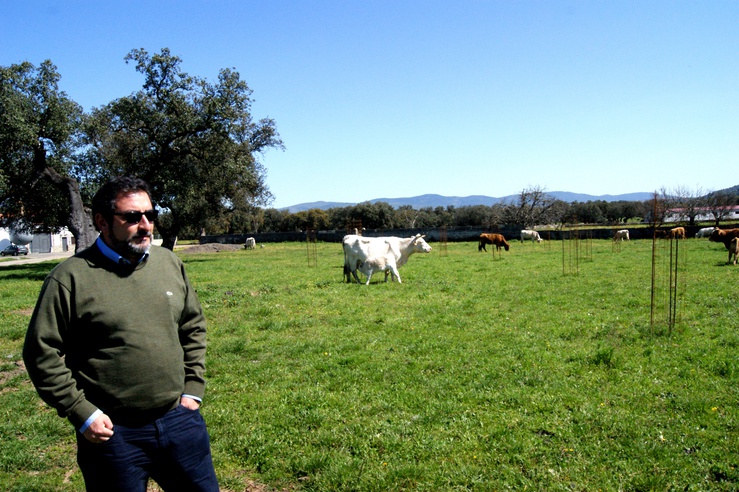 Nothing is wasted here and everything is transformed. It’s like a true 'cradle to cradle' laboratory, after the William Mc Donough and Michael Braungart bestseller which favoured a rethinking of our production methods through ecological design in 2002. One single example is the acorn from the oak trees which nourish the pigs, and which are then used to become the corks that we pull from the necks of organic wine bottles, but which are also creatively used for furniture, as umbrellas, and so on. It’s a cycle. ‘My organic products go to the north of Spain, to Germany, Scandinavia…it’s logical. The difference between organic and conventional agriculture is much more striking than here. People in Andalusia only see a price difference between the two.’ Muntse and Pepe would argue that that’s exactly where small producers have a role to play. In their ‘cradle to cradle’ life cycle, Seville’s organic products are travelling faster through Andalusian stomachs and a little less rapidly through flight schedules.

Thanks to the cafebabel.com team in Seville, especially Clara, Elina and Silvia. Read the special city editions from Green Europe on the Ground and if you are an interested journalist or photographer, find out more about the last legs of the 2010/ 2011 project here