Opinion: Why I'm voting Yes in the #Greferendum

Antonis Schwarz, a founding member of vouliwatch.gr, an online platform allowing dialogue between citizens and Greek MPs, tells us why he will vote Yes, to accept the creditors' proposals, in the pivotal July 5th referendum:

What led to the breakdown of the talks between Greece and the institutions? Almost all of Europe is putting the blame on the Greek government for withdrawing.

Yet the reasons for the breakdown are unclear and could possibly depend on the interpretation of just a few words said by Jeroem Dijselbloom to Greek finance minister Giannis Varoufakis on that fateful 27th June Eurogroup meeting, the evening when negotiations broke down.

According to Varoufakis, Dijsselbloem came to him and remarked that the latest version the Troika sent to Greece is a “take it or leave it proposal.” There is room for semantics in this sentence but to my ear it sounds from the outside like a dead end in the negotiations. After months of negotiations, the creditors had probably grown tired of their amateurish counterparts and decided to call the shots with the intention of breaking the will of the government.

Flashback: The Tsipras government was voted into power with the mandate of negotiating an end to austerity politics while keeping Greece inside the Eurozone. The institutions were not willing to bend on the issue of austerity, so Prime Minister Tsipras could say yes to the latest proposal and commit political suicide. If he says no, it probably means Greece would have to leave the Eurozone or opt for another referendum (probably together with new elections), which seems the most viable path for him and his party. 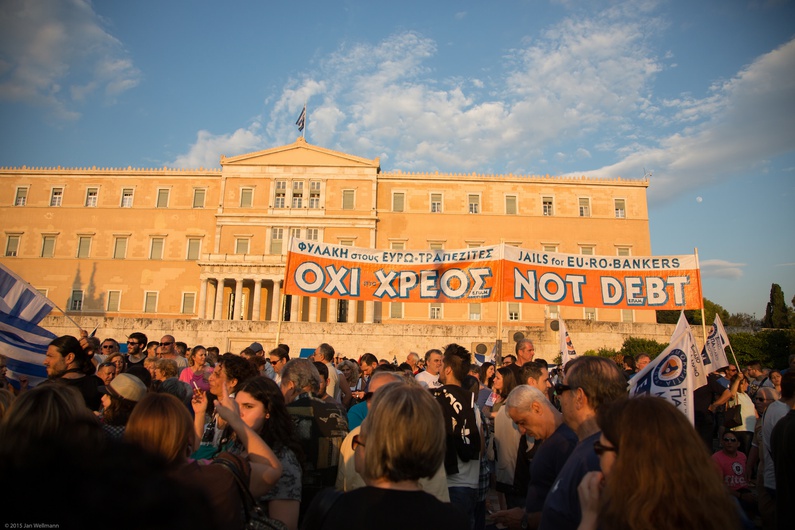 Before continuing with this course of events, one has to note that during the negotiations, the Greek government grossly mishandled the situation. Not only was it rumoured that Varoufakis sometimes arrived almost half an hour late to Eurogroup meetings relating to the future of his country or that the Greek government sent several last-minute proposals so that they could not be discussed.

The Greek government should from the beginning have had a clear roadmap for the negotiations: determining how much time it would allow for negotiations, on what grounds and especially emphasising that the negotiations would be concluded by a referendum to ensure the support of the broad population.

The referendum (or more correctly a plebiscite – a referendum is called by the people not the political leaders) was by itself the right approach. Nobody should be mistaken that Greece is also in its current state because of the deficiencies of the representational model of democracy.

Generations of Greeks had an easy life blaming everything on their elected representatives – they never had to take on direct responsibility for their decisions. It also gave way to the modern-Greek form of direct democracy: exchanging votes for jobs in the public sector. Greeks at this moment in time need to be united behind a common course through a democratic process. All other decision-making forms would lack legitimacy.

So the right decision was played out amateurishly and without any second thoughts, meaning it could be labelled as brinkmanship.

If Dijsselbloem really said the words Varoufakis claims, then we are witnessing a huge charade. I personally do not trust the Eurogroup, which lacks transparency and democratic control. I am especially distrustful of Jean Claude Juncker who is responsible for the legal large-scale tax avoidance of some of Greece’s biggest companies to Luxembourg (also known as LuxLeaks).

If Varoufakis misunderstood Dijselbloom, then we are witnessing a tragic misunderstanding, for which the current Greek finance minister is to blame and in which case the Greek side should return to the negotiation table with a set amount of time and negotiate with the referendum being the final step of the negotiation process. 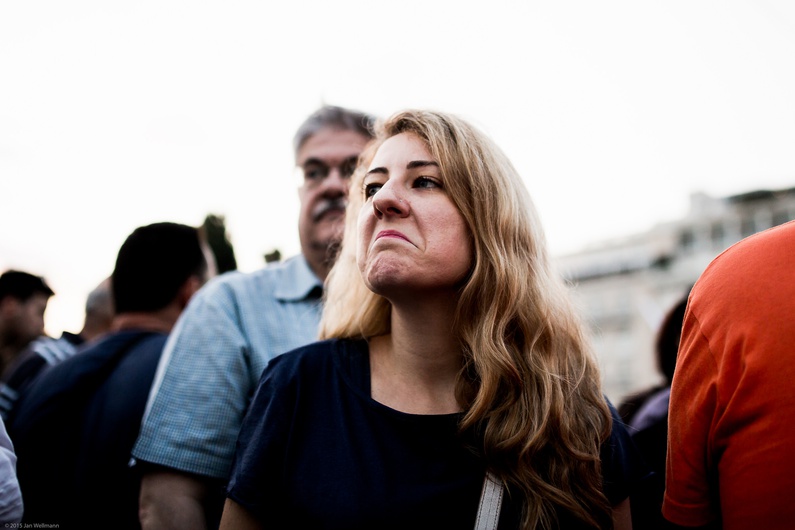 Unfortunately this is the mess we are in.  Somebody is lying and we have no way of finding out. In either case, the referendum is set in motion, as are the capital controls. Extreme voices on both sides are gaining ground with no perspective of cooling down. At this point we are drifting like a raft in the ocean, not knowing if the Niagara Falls are next or if we will finally be saved our EU partners.

I want to set back at this moment and talk about history. The German people, proud of their model way of working up from its the Nazi past, have never come to realise that their postwar wealth is also owed to the London debt conference where more than 50% of German debt was written off. Germany actually has a terrible record of paying back debt, being bankrupt twice after the First and the Second World Wars respectively. Germany had also let France go bust in the 1870s because of war loans. France as a consequence suffered for decades.

Those who forget history are damned to repeat it and to quote Thomas Piketty, those who want Greece out of the Euro will end up in the dustbin of history. The proposal by the institutions leave little to no hope for Greece being able to climb out of the debt trap by itself. Indeed it might take 50 years for Greece to repay its debt. Yet the question is, why should this and future generations bleed for mistakes that were not committed by them?  The latest proposal by the institutions fails to address the issue of debt-forgiveness. It is therefore shortsighted and unable to see beyond the numbers, lacking any vision for a united Europe based on solidarity.

Nevertheless I will vote yes this Sunday because the truth is we have no choice. The ECB is ending its emergency-lending program, which means that banks will only be able to lend what people pay into their deposits or what businesses return to the banks and that is very little. What many Drachma radicals forget is that it takes at least 1 year to introduce a new currency, during which our newly independent national bank will require at least 20 billion Euros to be able to stabilise the exchange rates, money that we don’t have.

This is also why SYRIYZA MEP Kostas Chrysogonos wrote an open letter to Tsipras and the rest of the SYRIZA leadership to reconsider their NO-voting endorsement. Leaving the euro through a full-on Grexit therefore means bleeding out the Greek economy and probably sinking into violence for at least a year. 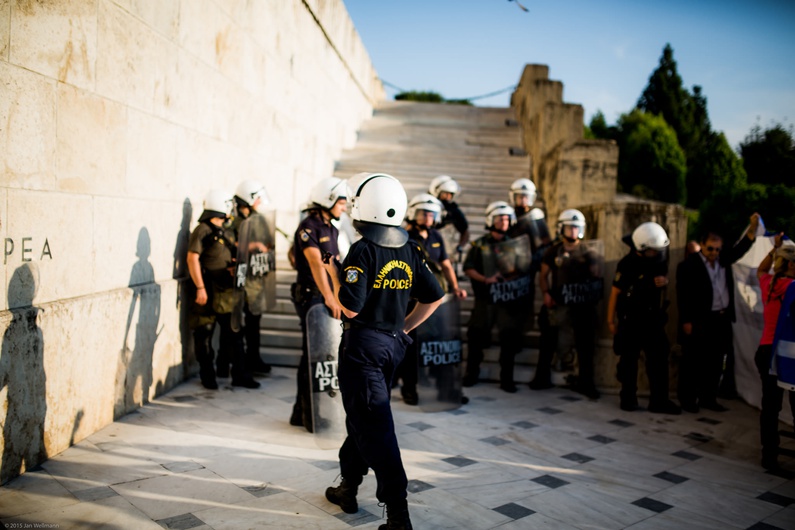 Most likely we would also not be able to pay for our imports any longer meaning our economy would greatly suffer. The black market for Euros would most likely reach huge levels. Based on the above, we need the money from the institutions in the short- to medium. These reasons alone are enough for voting yes. Secondly and maybe equally important, Greece needs to be kept in the European family and in the international institutions. Greece has gained a lot from being members of international institutions such as the OECD and Greek people tend to forget that. The Euro for us is like a perfect prison, we cannot leave without outside help, so we shouldn’t even think of escaping. We need to find a solution with our European partners – there is no other way.

It is very unfortunate to see the old dichotomies of left and right emerging again in the last days and it shows how many unhealed wounds this country has. Greece is being torn apart by its past, its present and the expectations of its future.

The crisis in Greece has seen the heightening of inter-party tensions to the point where any communication between the parties seems to have broken down, (except of course for the mud slinging in the media). What is fundamentally lacking is a spirit of collaboration inside Greek society and this pervades almost everything from the micro to the macro level of politics. This is why we need the idea of non-partisanship more than ever in Greece.

We all want to live in a country where the rule of law is applicable to everyone without exceptions, to have transparency in public affairs and to have a public service that works and is not corrupt. And to have a fair taxation system for business so they can create much-needed jobs.

The necessary reforms the people are asking for are not something extraordinary, they are indeed guaranteed by our constitution.

What we as Greeks need to discover is the ability to look beyond the ideologies, feel our common ground, to have a vision, to dream and to feel inspired by the greatness that will come when we all work together. Humans have the potential to make the next step in their evolution and overcome this system, if we only believe in it. That goes for Greece and the rest of Europe. 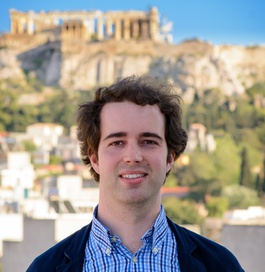 Antonis Schwarz is a founding member of vouliwatch.gr, an online platform allowing dialogue between citizens and Greek MPs