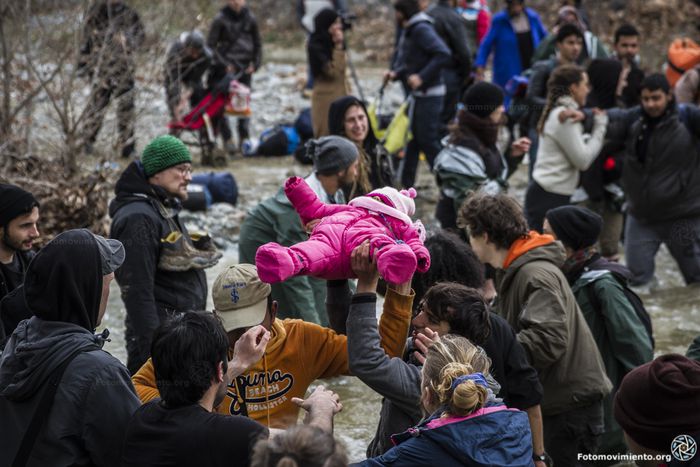 One year on, how did Europe handle the refugee crisis?

Last year, as the tragic photos of three-year-old Alan Kurdi made headlines around the world, Angela Merkel allowed refugees stuck in Budapest's Keleti train station to travel on to Germany. Leaders across Europe opened their borders. But 12 months later, the issue remains deeply divisive.

Breaking the law for a supposedly good cause - ABC, Spain

The Chancellor hoped to do some good with her decision, but ABC feels the opposite has happened: "A year ago Angela Merkel concluded that the dramatic situation in which thousands of refugees in Hungary found themselves was so extraordinary and extreme that it called for her, the most powerful leader on the continent, to suspend the EU laws that applied in the 28 member states unilaterally and without prior consultation... No one doubts that she was acting on good intentions - her generosity in wanting to offer asylum to all those who needed it or her compassion and will to prevent the tragedies shown on television all over the world. But it is indisputable that on that day Merkel violated the principle of law in Europe. And this triggered a perverse chain reaction that has transformed the demographics of German villages, neighbourhoods and cities and changed the lives of millions of Germans." (02/09/2016)

Lietuvos žinios believes Merkel has achieved a lot in the past year: "The daughter of a priest is pursuing a humanistic policy and this has elicited praise from the pope and the states of the Middle East, particularly those like Jordan that are burdened by a huge influx of refugees. She has also been praised by Obama and even communist China although neither the Americans nor the Chinese approve of the deal between Germany and Turkey. But precisely this deal has led to the number of refugees arriving in Germany shrinking from 200,000 last November to 16,300 in June." (02/09/2016)

The refugee crisis isn't over by a long shot but, Le Figaro rails that France has turned its back on the issue altogether: "The migratory tsunami affects the entire European Union. And it's clear that solutions that are far more drastic than the measures for the Schengen Area must be found here. Nevertheless, France can't shirk its own responsibilities. It is less tight-fisted than many of its partners when it comes to granting protection to asylum seekers. And welfare aid for illegal immigrants is also more accessible here. Finally, expulsion procedures are more likely to get lost in judicial labyrinths in France than elsewhere. Yes, Angela Merkel's generosity is untenable, but François Hollande's laxity can no longer be tolerated either." (02/09/2016)

Others had to do the dirty work - Le Soir, Belgium

Le Soir believes that a pan-European initiative would have been better than Merkel's disastrous unilateral stance: "You can't win a war with good intentions: that's the flip side of this historic declaration. This huge moral act has ended in a political and operative fiasco. Today we see that if the flood of refugees has slowed, it's above all because other leaders have done the dirty work. The chancellor, by contrast, reached a dishonourable deal with Turkey to save the situation - and her position. History will show that there was another way to deal with the situation: through the European institutions and a joint reaffirmation of moral principles in conjunction with a pragmatic plan of action." (02/09/2016)

The genie must go back in the bottle - Právo, Czech Republic

One year after coining her slogan "We can do it", Merkel has acknowledged that she made certain mistakes in dealing with the refugee crisis. Právo is not convinced by her admission: "The chancellor's self-criticism came as no surprise. Her real goal was to spread the responsibility for the chaotic state of affairs across the entire EU and divert attention from her own mistakes. For example her strategically weak appraisal of what could happen after hundreds of thousands of refugees were invited to Germany and Europe without first putting a coordinated plan in place. After one year, it's too late. No doubt the crisis will result in an enormous, long-term burden on the German welfare state. The Germans no longer believe that they can do it... Today we can only try to get this genie in the form of an uncontrolled multitudes of refugees back in the bottle. But that's not to say that it will work." (02/09/2016)