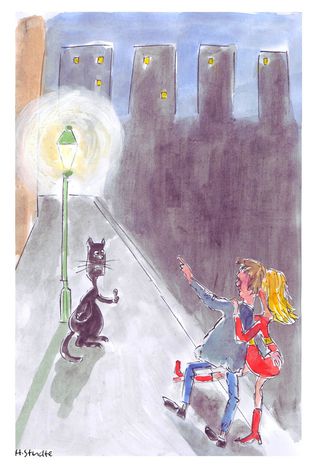 For good or for bad, relationship patterns have changed. It´s more common to enjoy a brief encounter than to tie the knot, and having a one-off romance is no longer the taboo it was in the past. A look at the European language of love

Woody Allen said in the surrealist Love and Death (1975) that sex without love is an empty experience, but that as empty experiences go, it’s one of the best. It seems that many share his opinion, particularly in summer which, bringing heat and holidays, favours nocturnal living and sporadic relationships. The Spanish rollitos de una noche

(one-night roll) is the climax of the holiday for many young people and there are a variety of expressions in Europe to describe the experience.

On a remote Sicilian beach, a young Lothario who likes to brag about his conquests might tell his friends about the previous night’s una botta e via

(one bang and away) with a beautiful Spanish girl by the sea. He might add with in a whisper that 'It was a scapatella

(escapade) which Rosella doesn’t need to know about', meaning that word should not get back to his unwary girlfriend.

He my even feel some remorse. The English do; a one-night stand

. This is the journey home in yesterday’s clothes in the full light of the morning after, having woken up in a strange bed. It´s certainly not a source of pride, and it´s even less so for the Poles. The Polish suffer from a Moralniak (moral hangover) the next day; one that might be worsened by the usual sort of hangover. Certainly, alcohol consumption can often be blamed for one-night stands. Many have had the experience of waking up to an ugly suprise when they spot the head beside them on the pillow.

The strong sense of German decency permits them only the most delicate of euphemisms. In their vocabulary, a one-night stand is known as a Seitensprung

; literally translated, this means ´to jump to one side´ only to land in a bed or some compromising position. The French are less subtle. They call it a plan cul

The Spanish have something of a pre-nuptial agreement before succumbing to their urges. The phrase ‘vamos allá y mañana si te he visto no me acuerdo’

means ´let´s do it, and if I see you tomorrow, I won´t remember a thing.´Sometimes, it seems, it´s worth all the trouble. As Woody Allen says in Annie Hall (1977), ‘That sex was the most fun I've ever had without laughing’.