“One must ensure the respect of homosexuals' rights in practice”

Associations such as ILGA want European anti-discrimination legislation to be enforced in fields other than just employment. But how? 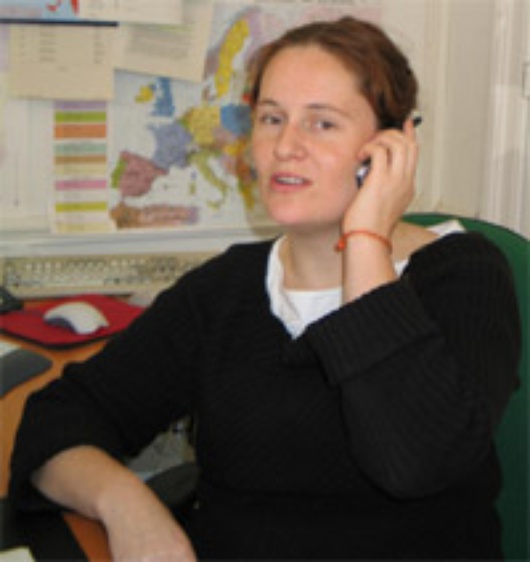 Christine Loudes is head of research at ILGA-Europe where, amongst other things, she evaluates EU legislation relating to the struggle against discrimination. Here she puts forward the objectives of ILGA-Europe, and underlines the division of responsibilities between member states and the EU in the fight against gender discrimination.

It is the European Branch of the International Lesbian and Gay Association. Since 1996, ILGA-Europe has been developing its programme and works alongside the Council of Europe, the OSCE (Organisation for Security and Cooperation in Europe) and the European Union. ILGA-Europe counts over 200 members from 40 European countries and fights against discrimination based on sexual orientation and gender as well as for the rights of LGBT (lesbians, gays, bisexuals and transsexuals). At the EU level, we are working on the extension of anti-discrimination legislation beyond the field of employment.

What has ILGA-Europe achieved and what are your future projects?

The Treaty of Amsterdam's article 13 (1997) is one of our biggest successes: for the first time sexual orientation was mentioned as grounds for policies against discrimination. It was a decisive moment as it was from this point that the EU became interested in LGBT issues. Our lobbying has also meant that the framework directive on employment was adopted in 2000 and implemented in member states by December 2003. The campaigns remaining to be pursued include recognition of LGBT rights as human rights, as opposed to "particular" rights, and the improvement of the visibility of LGBT issues.

What are your current activities and campaigns?

At the moment, we are working on equality and the fight against discrimination. European legislation is still limited to employment, but we are seeking to extend it to welfare services such as health and housing; issues that conceal numerous discriminations. We are also working on social integration, so as to enable equality and human rights to be recognised at the European level. The European Constitution would grant these rights a fundamental value; however, we are trying to obtain real equality in practice, as opposed to only by law. We are also working on the development of human rights in general, particularly on the rights of LGBT to a family and the recognition of diverse family types, and their right to be protected from homophobic or transphobic violence. Immigration also concerns us insofar as a high number of LGBT individuals request asylum. Finally, we bring support to LGBT individuals that take action in front of the European Court of Justice (ECJ) or the European Court of Human Rights(ECHR).

Are national and international levels of anti-discrimination complementary? Who are the good and bad students of the European class in the treatment of LGBT individuals?

It is hard to say. In some countries there is a high level of violence, but in others discrimination is rather more administrative. One could say that Belgium and the Netherlands have done well in light of their recognition of gay marriage. However, in Belgium married gay couples cannot adopt. Moreover, while some decisions are taken at a national level, others are taken at the European level. For example, in the case of the right to a family, member states have varying legislation but then there is an overarching European directive on the freedom of movement. [This can cause some confusion.] To illustrate, let’s take the case of a legitimate German-American homosexual couple living in Germany. The European partner works in Austria but Austria does not recognise the couple and

refuses to let his partner, from outside the Community, enter the national territory. In a similar manner, in relation to children raised by a lesbian couple: if the biological mother cannot enter the country, the children cannot either. The impact [of freedom of movement] at the level of family relationships is thus very important and this poses a problem in Italy for example, where the recognition of lesbian and gay couples is difficult. If the EU is not responsible for the field of marriage or partnership, member states must recognise each others’ legislation in order to allow freedom of movement of individuals in the EU.

Is your action mostly of a judicial nature?

It is also political. In the Buttiglione case, for example, [the European Commission nominee who had to withdraw because of his conservative standpoint on family issues and homosexuality], we worked with the [European] Parliament in denouncing the comments of the Commission nominee and proving that he had sought to oppose the Charter of fundamental rights. We also suggested questions to the MEPs from them to ask [the Commisson-candidates during the hearing at the European Parliament]. His religious ideas do not matter to us; Catholics, Muslims and Jews figure amongst our members. However, it was unacceptable that his religious morals could influence his political choices.

To conclude, is there an "LGBT vision" of Europe and the European Project?

existing. This is why we are campaigning.