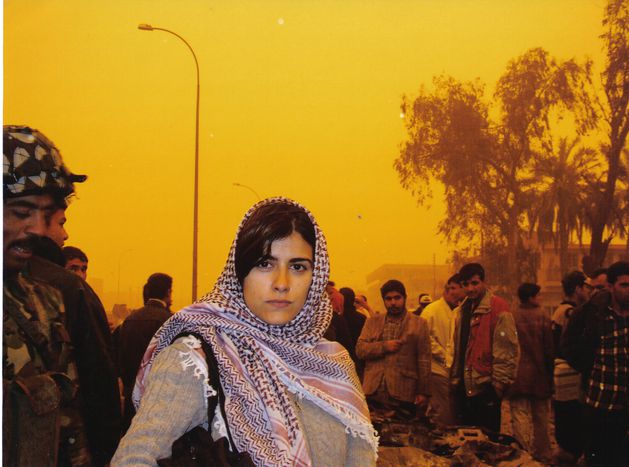 On a famed terrace close to Madrid’s Palacio Real (Royal Palace) at nightfall, the 34-year-old Spanish award-winning journalist talks about two of her passions, the Middle East and journalism

A rebellious Israeli, an Egyptian textile worker intensely active in trade union activities and who blog-criticises Mubarak’s government, a female Iraqi former prisoner in Abu Ghraib, a young Syrian and aspiring actress… These men and women, who struggle to survive in a region that seems condemned never to solve its problems, are the protagonists of El hombre mojado no teme a la lluvia ('The Wet Man does not fear the Rain', Editorial Debate, 2009), the most recent book by Olga Rodríguez, with whom I am seated on a terrace in Madrid. 'I wanted to write about the people who rarely appear in the newspapers, those who suffer most from the consequences of the political and military instability in the region,' explains the author, who knows the Middle East well, having gone there for the first time as a reporter during the invasion of Iraq in 2003.

Rodríguez did not merely meet the protagonists of her book during her work trips; she also made an effort to get to know them as well as possible and to maintain contact with them. She has witnessed in person the worsening of many of the region’s problems in recent years. But can Europe do anything about it? Rodríguez thinks that Europe has not yet developed its potential entirely. 'For example, the EU lacks a convincing voice of its own with regard to the situation in Palestine. In most situations we limit ourselves to defraying the costs of reconstructing the Israelis’ destruction of the infrastructure. I think the European Union could put itself forward as a much more important actor in the Israeli-Palestinian conflict, rather than just going along with decisions taken by the United States.'

The interview goes on for a while, and it's now almost midnight. Rodríguez does not watch the clock and takes her time when explaining her opinions. If there is anything that excites this journalist as much as talking about the Middle East, it is discussing her profession. Rodríguez agrees with many of her colleagues about the delicate situation for quality information at the moment, and not only for the economic crisis. In her opinion, the real crisis in the media is one of identity, and this has been tested for the past few years. 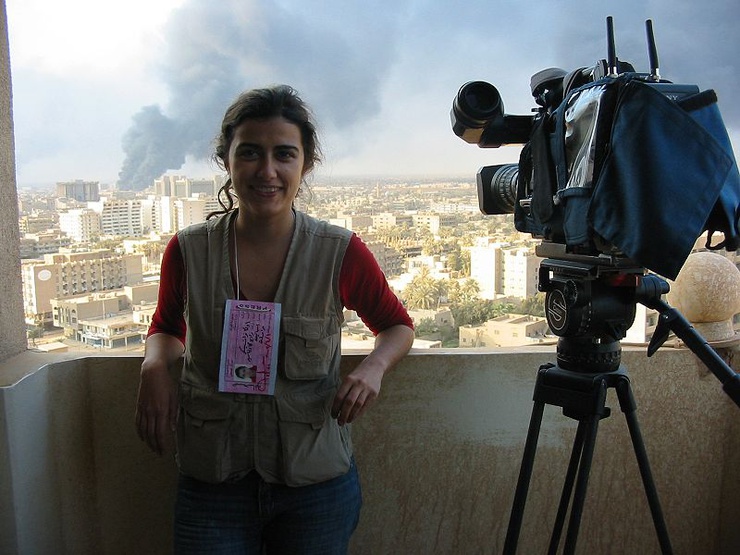 'The big European communication groups – this problem is the same all over the world – do not seem to want to invest in envoys and correspondents. International news does not seem to be a priority. They opt for using information sent by the big news agencies. It works out cheaper. The problem is that these agencies usually send the same aseptic news to all the media. It is a pity because there are plenty of well-informed journalists who want to work and who end up having to cut and paste to present the news. It is not only a problem in the international sections, it also affects the national and even the local news.' Rodríguez is convinced that readers would appreciate quality information about the problems of an increasingly globalised, interconnected world. 'The problem is not one of the quantity of information - every day there is even more information - but in many cases, it is not quality information worthy of the human and technical media that exist.' Before we say goodbye, she comments that, due to this difficult situation, many journalists, frustrated by their work in the big media, are working on establishing alternative projects which would allow them to develop the work which they truly believe needs to be done. 'Journalists tend to be very individualistic. The fact that many of them have decided to pool their resources in order to try and change the state of things is a very hopeful development.'