The Italian theatre company Koreja is inspired by the legendary performance art theatre, Odin Teatret. The Danish ‘company of exiles’ employs foreign actors come from all walks of life and agree on one philosophy: ‘always live a new life offstage’

The 2012teatro dei luoghi festival is taking place on the outskirts of the city in Borgo Pace, the headquarters of the Koreja theatre company, called cantieri teatrali Koreja in Italian. From FYROM/ Macedonia* to England via Slovenia, the company is known for bringing together languages and theatrical traditions onstage. The town or city that their plays are performed in benefit from the colour of multilingualism and diverse arts this theatre begins.

The show piece from the first part of the festival is a Macedonian adaptation of William Shakespeare’s Hamlet. Its national premiere promises a post-modern, almost apocalyptic version of tha play; it is full of unsettled voices, where naked bodies lie under glass and actors stalk around in sunglasses and tuxedos. It’s a macabre metaphor of the bulimic world market via its voracious use of images, tone and information. 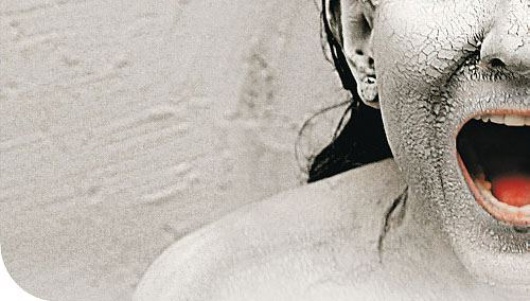 Koreja is also known by the somewhat clanky name of ‘stable innovation theatre’ ('teatro stabile d’innovazione'). The theatre was created in an abandoned farm in a small village called Aradeo in the province of Lecce, south-eastern Italy, in 1985; since 1999 it has been housed in an abandoned brick factory in Lecce. It became a point of contact for street theatre. Today its more international, through EU funding (such as Archeo.S). The intiative wants to bind theatre to all of the countries touching the Adriatic coast, and find common cultural resources such as random theatres in which they can join forces. The festival also screened ‘The Word Father’ (‘La parola padre’), a play in which six girls from central and eastern Europe were selected, and their work was also screened in Croatia and Albania.

From Denmark to Italy

Denmark's Odin Teatret serves as the main inspiration for the multicultural troops of Koreja. The ‘theatre of exiles’ is led by an Italian from the same region, from Salento. Multiculturalism is their motto, and their art is using a mix of different languages. In 1964, Eugenio Barba created a splinter group in Oslo to give foreigners and ‘rejects’ a form and framework. Barba originally came from Gallipoli (also in the Lecce province), and was trained by the Italy-based Polish theatre innovator Jerzy Grotowski.

The eccentric talents of the group and the malaise their presence caused saw them being sidelined from the Oslo state theatre school. This sentiment gave birth to a dramaturgy where the actor is left alone to deal with linguistic misunderstandings, and co-exist on that famous exceptional island where nationalities don’t hold any barriers between people: the stage. Officially the Odin Teatret is an autonomous institution which receives subventions from the Norwegian culture ministry and the regional government of the Danish municipality of Holstebro. Its visionary mayor had seen that his region wouldn’t survive on industry alone. Every August, this little town in Central Jutland is home to the Odin week festival. The ten days of performances and discussions on theatre and peregrinations draws an international crowd of theatre enthusiasts, who come to the harbours of Odin to learn for example just how Barba’s actors perfect their body language.

Odin Teatret features actors who come from all over the world. Their performances are screened in 63 different countries and across various social disciplines. One of their most surprising approaches is their insistence in keeping to the same pedigree; as the Italian critic Franco Quadri said in Barba’s book The Preachers Speech (‘Le Prediche dal Giardino’): ‘The company want to completely change life. They want to succumb entirely to the reputation of their studies and creativity. They want to be able to rove around the ends of the world from their modest Danish headquarters. They want all of this without ever losing sight of their own education, without ever having to stop taking lessons. They want to always be living a new life, which is not restricted to the stage.’

Today Barba’s theatre only occassionally makes a return to Salento. Koreja has caught Holstebro’s spirit of wanderlust and curiosity, and it has led them to Iran, Brazil, Bolivia and the Balkans on tour. On the other side of the Adriatic, Brat (‘Brother’) is one of their strongest plays, very characteristic of Koreja’s style. Professional actors mix with young Roma citizens in a new adaptation of The Beggar’s Opera by John Gay (1728). It is a metaphoric clash of power and ostracism. The company’s artistic director Franco Ungaro derives his greatest satisfaction in the challenge; in breaking down the inhibitions of persecuted children facing discrimination, in encouraging them to take a step back, and reposition their own controversial identities under the conditions that the stage demands, albeit in all ease and familiarity. 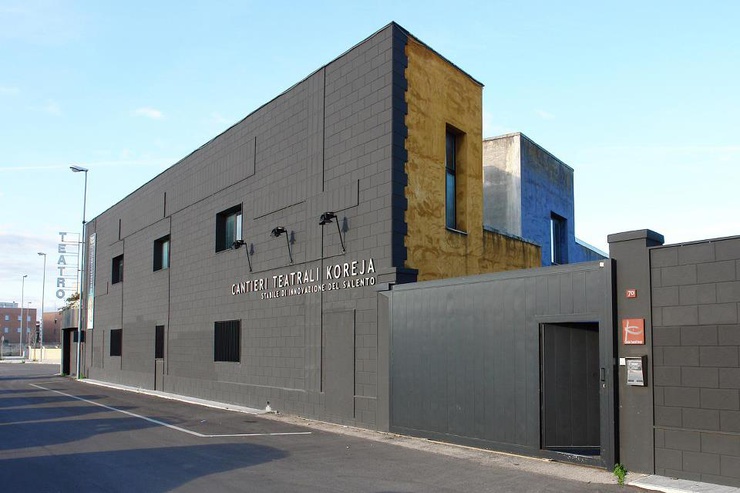 Most recently Koreja crated the P.L.O.T.S project in conjunction with theatres in England, Macedonia, Bulgaria and Poland. They want to create a Euro-Mediterannean research centre which mobilises actors from all over the continent, as well as encourages an international audience to follow and be a part of their mutual history. The purest magic of the theatre is of course, the task of overcoming those linguistic and social barriers.

*FYROM, former Yugoslav republic of Macedonia, as referred to formally and by the UN