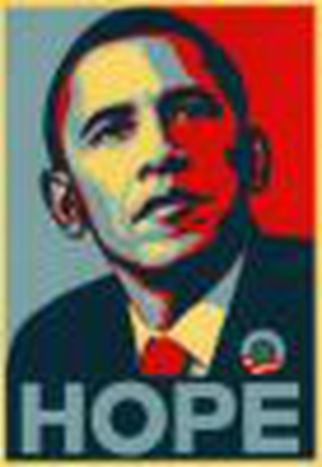 “Obama and the Europeans” at the Burgtheater

By Alexandra Skwara The latest instalment in the Debating Europe series presented an array of Atlanticist viewpoints, but not enough real debate.
The matinee series “Europa im Diskurs – Debating Europe” is a cooperative project between Vienna’s Burgtheater, the Erste Foundation, the Institute for Human Sciences (IWM) and the daily newspaper Der Standard.

These occasional events bring together leading international personalities from the fields of politics, economics, academia and journalism for English-language discussions about questions central to European identity and current affairs, all before a large, paying audience.

The latest debate took place on Sunday, February 28th, 2010, and brought together two Americans and three Europeans to address the question “Obama and the Europeans – what has changed?”: Stanley Greenberg, an American pollster and political advisor (to Bill Clinton and Tony Blair, among others); Robert Kagan, American columnist, author and political advisor (to John McCain’s presidential campaign among others); Michael Spindelegger, ÖVP politician and current Austrian Foreign Minister; Karel Schwarzenberg, former Czech Foreign Minister and leader of the newly founded centre-right Czech political party TOP 09;  and Ivan Vejvoda, a former Serbian presidential advisor and executive director of the Balkan Trust for Democracy. The debate was chaired by Alexndara Föderl-Schmid, editor-in-chief of Der Standard. Her moderation was competent but rather too passive, apart from her badgering of Spindelegger over the Austrian presence (or rather lack of it) in Afghanistan, which came across as politically motivated, especially contrasted with the respectful, hands-off approach she adopted towards the other panellists.

Given their political orientations and career paths, it is unsurprising that, despite some disagreement about Obama’s politics and efforts to date, the invited guests adopted a united Atlanticist front: the assumption that European and American values and interests are always the same was unquestionably accepted by all, and it was coupled with the view that Europe had to do more to win America’s respect; the continent’s “soft power” was dismissed as largely irrelevant in the face of American “hard power” and Asia’s economic clout. That the editor of Austria’s most left-leaning newspaper seemed to advocate sending the country’s troops to fight in Afghanistan and evidently agreed with many of the ideas of Kagan, one of America’s most prominent neo-conservatives, is rather more puzzling. The two most interesting speakers were probably Vejvoda and Schwarzenberg. The former spoke passionately of his hopes that the nations of the Western Balkans would soon join the EU, cited his own experience in the democratic Yugoslav opposition to advocate more targeted action against Iran and was the only panellist to explicitly acknowledge the historical dimension of both Obama’s election and the EU’s success in delivering peace. On the other hand, while the Czech raised many laughs, he was also not afraid to voice some controversial opinions, for example his belief that governments should be more willing to act against the desires of their electorates. Spindelegger, however, exemplified the problems inherent in inviting serving politicians to such events; he did little more than repeat the official Austrian and EU government lines and came across as somewhat ill-at-ease. Meanwhile, the contributions of both Americans seemed more in tune to the concerns of a U.S. audience, and Kagan, in particular, appeared more interested in partisan point-scoring than debating trans-Atlantic relations.

Over 90 minutes, ticket-holders were treated to an interesting and at times stimulating exchange of ideas, but there was very little true debate to be had. The answer to the titular question about “what has changed?” was generally agreed to be more surface than substance, and there was broad consensus on most other substantial points as well. In essence, the conclusions focused on the idea that Europe needs to do more to be an equal partner to the United States, with the aspect of military force taking precedence over political unity. The fact that none of the participants was younger than middle-aged perhaps helps to explain why no one was willing to suggest an alternative to a traditional “Western” front against global challenges. What would have been needed was someone willing to speak up for the “soft power” Europe commands, to question the status quo in Afghanistan, and, most fundamentally, the assumption that American and European values and interests always coincide. Unfortunately, by omitting such a voice, “Debating Europe” missed the opportunity to host a true debate.

The next scheduled “Debating Europe” events are:

March 21, 2010: “The others among us: The Opportunities and Dangers of Immigration”

Tickets and information available at: www.burgtheater.at