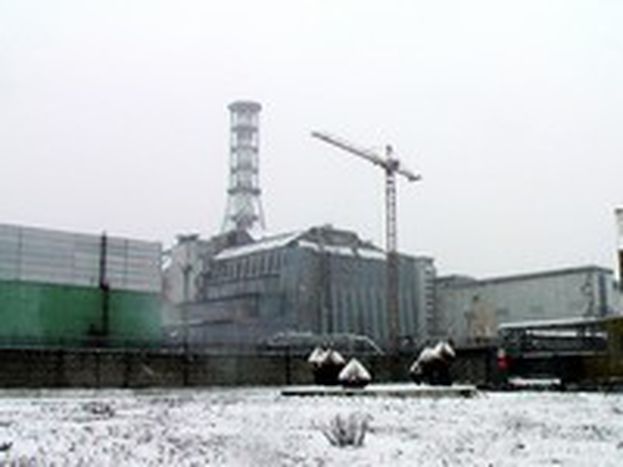 Nuclear nightmares: why it's still not safe

It could be 1970 all over again. With oil prices sky rocketing, the Middle East looking increasingly unstable and growing concern about climate change, Europe looks to nuclear energy. Let us not make the mistake again

Back in the 70’s, these problems led to many European countries investing in nuclear energy.

Fast forward thirty years, and the playing field is very different. While some continue to argue that nuclear energy is the clean, efficient fuel that is the answer to all our problems, for most Europeans today, it is something we should leave in the past

But there is no denying the urgent need to look for alternative to fossil fuels. Given that the Kyoto protocol commits European countries to cutting carbon dioxide emissions by 2008-2012 to 8% below their 1990 level, the fact that nuclear energy is emission free cannot be overlooked. However, doubters point out that while it might seem emission free, fossil fuels are still needed to convert the uranium ore into fuel, and to handle the waste.

However, nuclear energy is more reliable than other alternative technologies. Wind power in Germany constitutes 50% of Europe’s capacity, and yet it is only 8% of Germany’s energy use. Denmark has recently halted a wind energy program due to the unreliability of wind energy.

The ghost over Europe

But whatever advantages nuclear energy might have, it is haunted by the memory of Chernobyl. After the explosion at Chernobyl more than 200 000 km² and 6.7 million people were contaminated with radiation. Yet despite this huge impact, controversy remains as to what the actual effects of the explosion were.

For instance, Sweden recently claimed Chernobyl caused 849 cancer cases, though there was no accompanying rise in thyroid cancer, the cancer normally associated with radiation victims. Despite a series of controversies like this, some clear facts remain. Since 1992 the Ukraine has seen 3,300 cases of thyroid cancer among children – more than 30 times the number that would be expected. Huge stretches of Belarus remain off-limits, and the European conscious has been burned with an image of something that should never happen again. Supporters of nuclear energy claim this is an over reaction, and such a disaster would never happen today.

If nuclear energy is to play a more important role in the future, it would have to become cheaper. A program of state funding could help. In France, where electricity is among the cheapest in Europe, the cost price per kWh is cheaper for nuclear energy than it is for gas. Yet though nuclear energy can produce cheap electricity, the cost of dealing with nuclear waste and eventually decommissioning the reactors make it a long and expensive business.

The drive to find cheaper nuclear fuel is also leading to some safety problems. France is currently considering building new reactors that will reprocess ore. This could be seen as positive – they would conserve what is a very limited supply of uranium. However, the reprocessing of uranium ore is the most environmentally damaging and dangerous parts of the fuel cycle, it also very expensive. Even the pro-nuclear MIT study concludes that we should use one-through nuclear cycles (only using the ore once).

Regardless of how we decide to use it, nuclear energy requires that we do something with the highly radioactive waste materials it produces. The USA, Sweden and Finland all plan to construct giant underground repositories to store nuclear waste, at the cost of maintaining them for the foreseeable future. It remains ambiguous what will happen in hundreds of years – there is simply no way we can test the possible safety of such facilities, though the modelling done by the CEA partly confirms the safety of these experiments.

Even if we could ensure excellent safety standards for the reactors in Western Europe, there is a further set of concerns. Seven out of the ten accession countries have nuclear reactors, and protecting them in an age of globalised terrorism remains harder than ever. Moreover, nuclear energy as a solution to the world’s energy crisis brings its own problem. As Paul Rogers has explained, all civil nuclear problems are inherently dual use; technology and scientists can all be used in nuclear weapons programs.

In the end it will not be this that puts the nail in the coffin of nuclear energy. It will be the cost and the amount of uranium left. At the moment there are 440 nuclear reactors operating worldwide. Given present reserves, we have enough uranium for fifty years of consumption at the present rate. The MIT study estimates that if we build 1000 new reactors – which would be just a trickle to the global thirst for energy – supplies would finish in fourteen years.

Even the massively higher demand this would incur would not make it worthwhile to attempt to use less valuable ore – in practice, less than half of the uranium present in a rock can be extracted. Thus, lower grades ores are useless.

At present, nuclear energy is little over 6% of the world’s total primary energy consumption. It would take an unsustainable and possibly dangerous effort to get it to power much more than that, only then see uranium finish while we are still driving Cadillac’s. Nuclear energy is a path better not travelled again.