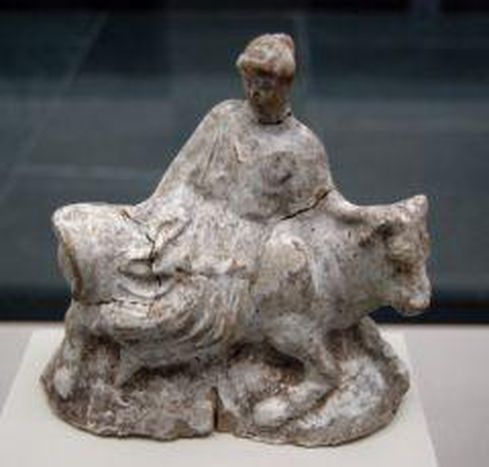 Not a hope in Hades for Greek reforms?

By Aris Kokkinos No president present, some harsh exchanges in the press and a decline in trust in Greece has meant that there’s not a hope in Hades for Greece implementing scheduled reforms. This is what the Phoenician princess could tell the Olympian god Zeus, if he were present at the European Council on 28 and 29 June. The latest developments in the Greek crisis have tragicomic overtones.

It’s been ten days since the elections and the Greek Prime Minister, Antonis Samaras, is absent from the European Council proceedings because of an operation on his retina. His Finance Minister Vassilis Rapanos has meanwhile resigned, also for health reasons. All this means a rocky start to proceedings here this afternoon, something that already has the stock markets worried.

Samaras sent the President of the Hellenic Republic, Karolos Papoulias, to represent Greece. The Presidency occupies a symbolic position because Greece is a parliamentary republic, but the President is authorised to represent his country in certain circumstances. Papoulias is bringing a letter from Samaras, which asks the EU to acknowledge the sacrifices made by Greece, and allows for a renegotiation of their austerity plan.

According to Greece, the recession was underestimated and the plan agreed in February 2012 – in exchange for the sum of 130 billion euros – requires revision. The coalition government (New Liberal Democracy, PASOK and Socialists) requested a further period of two years for the implementation of the measures which will reduce the fiscal deficit to 2.1% of GDP.

The Germans have replied "Nein!" The spokesman of the German government, Steffen Seibert, said: "Don’t wait for decisions about Greece at the European Council summit." The finance minister, Wolfgang Schäuble, had been less diplomatic in an interview, taken earlier, for Bild am Sonntag.

“The new Greek government should stop calling for help and should implement scheduled reforms without delay in the fulfillment of the bailout plan.” Schäuble went on to explain that Greece has lost a sizable portion of trust from the Europeans during this unending crisis of sovereign debt.

So, no more time to lose. This is a tense situation which Papoulias is desperately trying to diffuse. While the Greek youth have taken less and less interest in matters of policy, it is also working hard at attempting to drown out the siren song of populism.