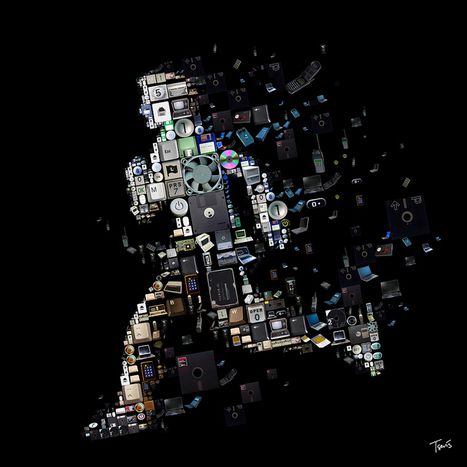 Smartphones, tablets, iPods and e-book readers, to name just a few, now seem essential for our everyday lives. Yet memories of a time before technology are still apt to resurge, especially when information and innovations threaten to overwhelm us. Marta is a young woman much like any other, who decided it was time for a change.

Marta has just turned 24. She tears down the street, her mobile tolling ominously in the depths of her trouser pocket. The tablet nestled in her handbag bemoans its lack of battery with hollow, rhythmic pleas. Even her laptop, half-asleep, purrs insistently as she carries it carefully aloft. Her iPod seems to be throwing a tantrum, having rather appropriately replaced Frank Sinatra’s Fly me to the Moon with ACDC’s Highway to Hell. And it’s all too much.

It’s at that exact moment that the feeling floods over her. A strange, palpable sensation. It’s the sense of a world, a world that she can still remember — hard to believe there are people now who cannot — where you could wander at will through the hustle and bustle of the city, devoid of your brood of devices, free from their cries for attention.

It seems strange to her, but Marta realises she holds a deep fondness for those faraway days. Those laborious hours spent typing a single message on the keyboard of a toylike computer. She misses that. She misses calling up her girlfriends on the landline and chattering away for an evening, just to fix a date for coffee — well in advance, too. Turning the pages of a book. The plastic scent of new paper, like nectar. Pilgrimages to the library, perusing shelves in the search for that one elusive schoolbook. She misses that life without technology. Without the haste, without the burden of making every moment count, busy, productive. Enough of dinners with people who pay attention to Whatsapp and ignore her questions. Enough of TIFFs, GIFS, VPNS, DVIs, HDMIs, and a thousand infernal hieroglyphics. Enough of going into the office, only to be told to get online. Enough of them rejigging the TV channels for the umpteenth time, but never showing a decent film. 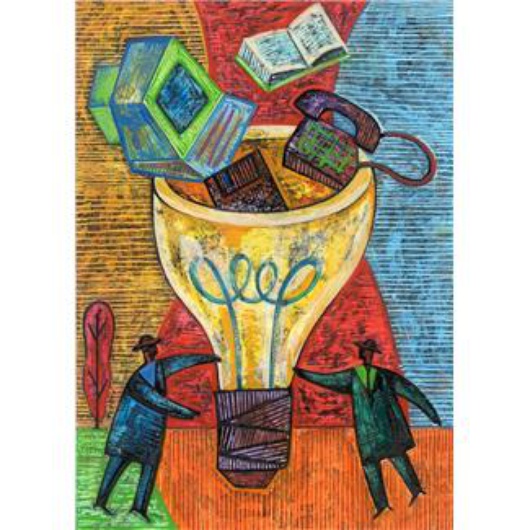 Not so long ago, Marta read an article about a robot and a child. They’d learned to play together. That made her think about her friends, about the people around her, and about the fact that such news should hardly surprise her, not these days. After all, Marta’s little brother knows nothing of skipping or of hide-and-seek. Nothing of tag. Not even duck-duck-goose, and that’s the best one. The only thing that seems to matter is getting your mitts on the most recent version of the latest video game. Or the smartphone you take to school, for other people’s benefit. Or the radio-controlled car that Santa will hopefully find a way to shove down the chimney, somehow.  Thinking about all that makes Marta feel ancient, and she isn’t.

But then again, everything has changed so swiftly. The syllabus for her degree became obsolete while she was still studying for it. Yet despite all this, Marta is no dreamer. She knows that without the majority of these changes, she wouldn’t be able to do the indispensable things that make up her daily life and her work. That it would be harder to pursue her chosen career. That, without technology, the literal and metaphorical distances between herself and her loved ones would be vast... Unprepared to give in, though, she decides on a sort of detoxification of devices. Several hours a day with nothing linking her to the outside world, when no-one will be able to contact her. Marta knows it will be difficult, but she has faith in her nostalgia: it will see her through. She will seek out a hobby... something to distract herself. She’s not a bad writer, after all; it’s hardly expensive, and it entertains the brain. So she stocks up on chewing gum, bonbons, stress balls - just for the withdrawal period. 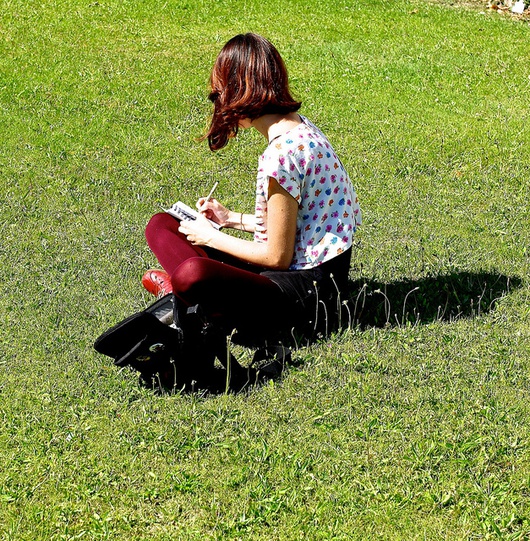 The first day, she suffers. The temptation to turn on the computer could prove stronger than she. And so she scribbles like a madwoman instead. Two hours pass, and she has a story. The second day, driven to distraction by the terrible silence, by the absence of music, of the chirps of her phone, she writes with a renewed fervour; and she finishes two stories. The third day is similarly fruitious; likewise the fourth and fifth. By the end of the month, she has written so many tales that she resolves to read them to her brother. She’s under no illusion that they can compete with his videogames, with his tablet, with his smartphone... but it would be nice for them to do something together, all the same.

Marta cannot know that, years hence, her brother will read to his own children, hoping in vain that stories may see them throw technology aside. That with the passage of time it will pain him to think of the videogame he begged and longed for, all those years ago. That he will grow nostalgic for the tales that Marta told him.

This article is part of our end-of-year series devoted to nostalgia. Reality often disappoints us. What is our history? What do we miss today, what memories do we recall? And finally, to what extent is our memory contaminated by the experiences of others, and how do we ensure that all of our memories truly belong to us?