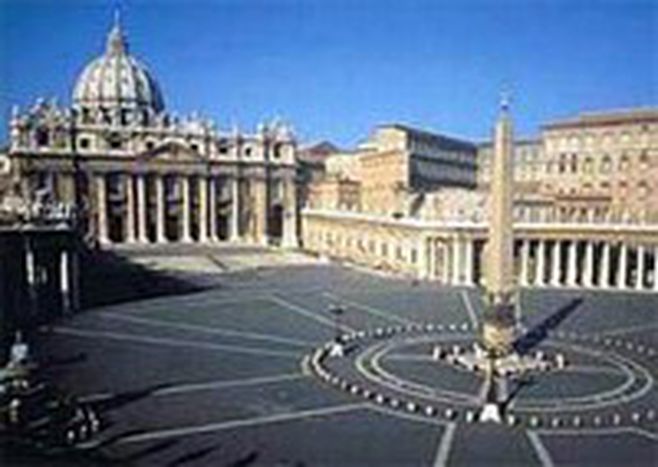 No place for God

The increasing gap between the Church and the EU is unlikely to be bridged by the appointment of the conservative Ratzinger. So is there no place left for Christianity in a modern Europe?

With the EU’s refusal to include a reference to Christianity in its constitution and the much publicised rejection of the “anti-gay” Commissioner Rocco Buttiglioni by the European Parliament, the emergence of a close alliance between Europe and the Vatican has never been less likely. Meanwhile, Pope Benedict XVI has made it clear that the absence of any reference to the continent’s Christian roots in its constitution is unacceptable, criticising Europe’s “aggressive secularism”. The new Pope also lambasted the foundations of the Union, describing European integration as an exclusively economic project which aimed to “exclude God from the public conscience”, reducing Him to a “cultural residue of the past”.

It is not just secularism which bothers the new pope. European multiculturalism, which he described in his book Values in a Time of Upheaval as “fleeing from what is one’s own”, has also come under virulent attack. In Ratzinger’s opinion, the European preoccupation with equality of cultures, religions and people is overshadowing the importance of institutions such as marriage and the family, with grave consequences for Europe as a whole. In his apocalyptic vision of the Old Continent, Ratzinger compares modern Europe to “the Roman Empire at the time of its decline”, an entity which has become “empty inside” and which is moving inexorably towards its own cultural extinction.

The statistics on church attendance certainly illustrate the increasing secularism of most European countries. According to official Catholic estimates, whilst 90% of people in Ireland consider themselves to be Catholic, only 50% attend mass even once a month. And in traditionally Catholic Italy, only 30% attend Church regularly according to Famiglia Cristiana, an Italian Catholic magazine. Domestic political factors are often evoked to explain this phenomenon. The election of the Socialist government in Spain, for example, has provoked a move away from Catholic political priorities with abortion laws being eased and the lower house recently approving the right of gay couples to marry and adopt children. Likewise in France, the recent law banning ostentatious symbols of religiosity in schools has been seen as an indicator of “secular fundamentalism” by the French Church. With more tourists than believers frequenting the cathedrals of France this year, state sponsored laicism has been identified as a factor contributing to the suppression of religious vitality.

Money instead of religion

Yet some pan-European reasons can also be identified for the increasing spiritual indifference in Europe. In an article on church-state relations, the American writer Robert Kraynak suggested that the violent religious history of Europe has left many countries sceptical of claims of good and evil that are such an integral part of the political dialogue in America. Moreover, the declining interest in religious orthodoxy (the search for the ultimate truth) is seen as a reflection of the deep fear of religious absolutism which dominates the European public consciousness. Thus the declining number of churchgoers is a manifestation of a sceptical continent’s desire to play it safe after centuries of religious turmoil. The economic impact of European integration itself may also be seen as a factor contributing to the decline in religiosity in certain European countries. The massive economic development in some of the poorer regions of Europe and the consumerism and affluence that have followed are factors which have been linked to declining church attendance in countries such as Ireland and Spain. As Winfried Roehmel from the Archdiocese of Munich expressed it, “When the sun is shining, as it has on Europe for so long since the war, people feel they don't need God”.

The prospect of the EU and the Vatican pursuing a common moral ground in Europe seems unlikely and the potential conflicts on the horizon with the question of Turkey’s membership will do little to improve relations. The diverging paths of political and religious Europe have not gone unnoticed by the new pontiff and his choice of papal name seems to have a particular significance in the light of these developments. It was St Benedict who, when faced with the decay of the Roman Empire and the onslaught of the Barbarians, retreated to establish hilltop monasteries which later became the foundations of European Christendom. Faced with the dwindling influence of the Church and indifference to the Christian faith which characterises much of Europe, the new pope seems to be following in the footsteps of his namesake, calling for Catholics to strengthen their core as a “creative minority in Europe” and establish a more reflective community within a decadent continent.