No ‘Orange Revolution’ in Moldova

Moldovans are waiting impatiently to join the EU and more and more are heading West. By any means possible. 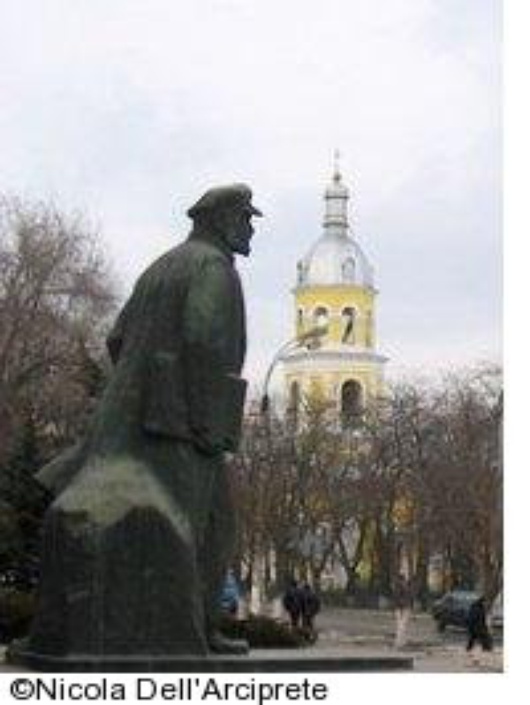 Nikolaj is 23-years-old and has a degree in economics. He speaks English and, like many of his peers, is looking forward to leaving Moldova and his region, Turkish-speaking Gagauzia. He recently received a job offer picking vegetables in England. However, at the British Consulate, after months of waiting for a visa, he was asked: “Which city hosts the European Central Bank (ECB)?” Apparently, in order to enter the EU zone legally, a boy from Gagauzia has to know that the ECB is in Frankfurt. Nikolaj did not, and so he did not get his visa and, as a result, is going to try other ways to leave Moldova: either by entering the EU illegally or by getting a Bulgarian passport “in mint condition”. Freedom of movement costs several hundred euros (a small fortune) in the poor country of Moldova.

Even though Chisinau is not that far from Bucharest and Odessa, the Moldovan capital seems quite a long way from the pro-democracy demonstrations in the Ukrainian capital, Kiev. Nikolaj dreams of England but he, like 47% of Moldovans, voted for the Party of Moldovan Communists (PMC) due to their newly pro-European stance. Despite being situated between Romania, which is preparing to join the EU, and Ukraine, which was troubled by fraudulent Presidential elections in December, the Moldovan elections, which took place on March 6th, were not shrouded in orange. There was no trace of the movements which facilitated democratic transition in Serbia, Georgia and Ukraine. There were no copies of Gene Sharp's manuals on pacifist theory. There were no colourful camps, no international press and no Russians. Nobody had reserved the squares for protests in case of gerrymandering: the ‘Orange Revolution’ was not repeated in Chisinau.

The streets in Chisinau were full of crowds after the elections. Not because of the results, but because they were celebrating the arrival of spring in a traditional festival, knowing that the elections on March 6th changed nothing and that all the same problems remain. First of all, there is the problem of Transnistria, the unrecognised separatist region that is under the control of a para-military group and where 1,500 Russian soldiers are stationed. It is a country within a country, with its own currency (the Rublo), police, capital (Tiraspol), borders, visas and passports. It is also an outpost used by Moscow to threaten destabilisation in a region through which a major part of Europe's illegal trafficking continues to cross. Ukraine allowed transit to the separatist region while it was under President Kuchma’s regime, but if the new government in Kiev decide to close the border, Tiraspol's days are numbered. But Moldovans know that the solution to the conflict between Chisinau and Tiraspol depends very much on Washington and Moscow, and on Moldova’s own diplomacy. However, they are more worried about how to survive to the end of the month on an average monthly salary which is barely more than 50 euros.

Women and men on the run

The Communist Party won the elections by promising to triple salaries in a year, but Moldova’s economic problems will not be solved with a magic wand. Drastic reforms are required and moves must be made towards a market economy. Such plans are difficult to put into force for Voronin’s Communist government and therefore everyone is leaving, or wants to leave, the country. If the EU, with its rights, its market economy and its democratic model, does not come to Moldova, Moldovans will go to the EU. The Moldovan diaspora in the EU is impressive. Like desperate Italians in the early 19th century, every family in Moldova has at least one relative in Monaco, Patrasso or Milan. Families are separated by a residence permit that is impossible to obtain or by distances that can only be overcome by international phone cards. The population in Moldova is ageing and the situation is being exacerbated by its youth looking for jobs in the EU. Moreover, the money sent home by the emigrants are of little use if a local economic structure does not exist.

There was as much hope in Kiev during the ‘Orange Revolution’ as there was disillusionment and oblivion in Chisinau two months later. After Georgia and Ukraine, the domino effect in the East has ground to a halt in a country that seems to have been forgotten by the pacifists, Europeans, Russians and Americans. Without radical changes, Moldova is a place even the Moldovans just want to leave, afraid both of forgetting their roots and being forgotten.