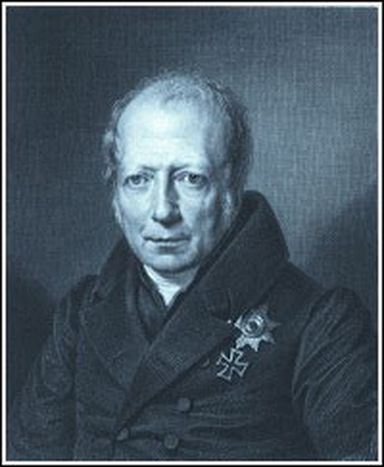 No more ‘pick and mix’ in Germany

German students enjoy an unusual amount of freedom to plan their own studies. But with the switch to the Bachelor and Masters system, this will change.

In German universities, exotic combinations of subjects, such as Middle Eastern Studies with Economics, are not rare. Whereas students in other countries often study their one chosen subject for a fixed period of time, the German student constructs a course himself – and is spoilt for choice. “There is a danger of studying one or two subjects ‘for nothing’, because you can’t apply the knowledge you’ve gained in the job you go on to have. However, new and interesting possibilities can arise even from unconventional combinations after you’ve graduated,” says Bianca Gabrielli, who studies Literature, Sociology and Politics.

According to German philsopher Humboldt’s principle of the ‘unity of research and teaching’, German students should develop a passion for research and be able to specialise. But a brief survey of the German higher education landscape reveals that, in reality, this ideal is overlooked. Studies go on too long, academics aren’t familiar with the job market outside universities, the ‘mass’ universities are overstretched and can’t offer enough support to students, and there generally isn’t enough money. Various suggestions for reform range from explicitly promoting ‘elite universities’, to pinning universities down to specialisation (at the expense of offering a more diverse range of subjects), to creating more service-based universities no longer cut off from the needs of the economy. Many universities have already launched reforms – above all, to shorten the length of time it takes students to complete their courses. By 2010 at the latest, within the context of the harmonisation of European higher education systems, all courses should have crossed-over to the two-stage Bachelor/Master model. Studying in Germany should thus become more structured and more ‘international’.

This process of transformation begs one question: which elements of Germany’s existing system will be preserved? Professor Wolfgang Behringer, who teaches Early Modern History at the University of Saarland, can draw on his personal experience of the English system to make a comparison: “One of the greatest advantages of our current higher education system is the considerable freedom of choice it gives students.” There are limited gains to be made from switching to a ‘modules’ system leading to a Bachelor or Masters qualification. “This ‘narrow-path’ form of studying makes it possible to meet the government targets for shorter courses. However, in practice, students do not come out with a strong enough qualification for getting a good job.” Rainer Hudemann, Professor of Modern and Contemporary History at the University of Saarland, also believes that freedom of choice is the great plus-point of German universities: “The German system educates students to be independent and able to cope with the diverse demands of their future professional life.” An aim that plenty of other European countries haven’t achieved: “After three years of studying for the licence, a French student generally can’t find a decent job and has to undertake further study for higher qualifications.”

Less freedom of choice in Europe

Students at French universities and elite institutions follow a rigid curriculum in a very teacher-led system. There is little freedom of choice. In the Netherlands the conversion to the Bachelor/Masters system has already taken place. Certain colleges, such as the University of Maastricht, have preserved a level of flexibility by offering ‘problem-based’ courses in which the student can decide the angle from which to approach their chosen subject. In Britain, the fixed nature of courses has been relaxed at certain universities. Students have the opportunity of selecting ‘Electives’ alongside their main subject. Students are also free to decide whether to take just one subject or to combine several.

Translated from Schluss mit „pick and mix“ in Deutschland