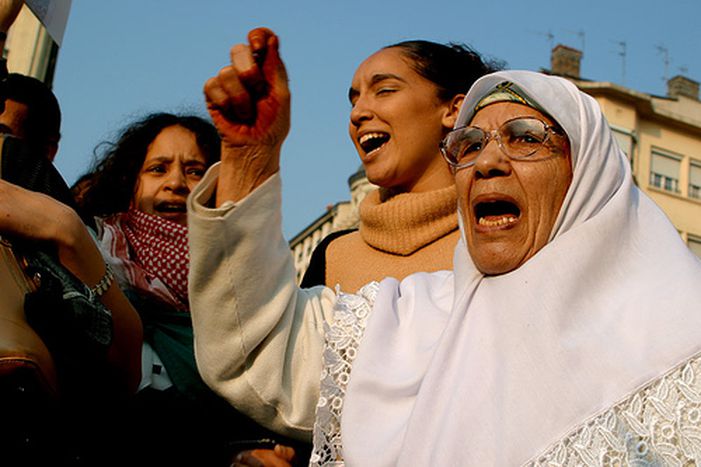 No European asylum support office until 2010

As MEPs, the UN high commissioner for refugees and a number of NGOs voice concerns over the failings of the Dublin II regulation, the European commission has decided to establish an office to improve the processing of asylum applications. The Roure report on asylum seeking in the EU highlights particular points of concern

At the end of 2007, 1.4 million asylum seekers in the EU were from war-torn countries or nations where human rights are grossly violated. This figure has been increasing continually, creating problems when it comes to receiving refugees and considering their applications for asylum. In an attempt to resolve this issue, the European commission decided to set up the European asylum support office, the directors of which will heed suggestions made by the European council and parliament on improving the procedures involved in examining asylum applications.

These suggestions were made following the publication of a report compiled by the committee on civil liberties, justice and home affairs (LIBE) and presented by French socialist MEP Martine Roure, which was approved by the European parliament with a total of 487 votes in favour on 5 February 2008. In this document, LIBE requested that the directors of the proposed office devise a system that would ease the pressure on the member states which are experiencing a large influx of asylum seekers. It is hoped that such a system would fill in the gaps left by the Dublin II regulation, the legislation which determines the state responsible for examining an asylum application in one of the member states of the EU by a third country national. The Roure report focussed on the following points:

Current measures, particularly those pertaining to the basic human rights outlined by EU conventions, are not always correctly applied. Particular areas in which improvement must be made, the report claims, is the reception of immigrants and, most importantly, the provision of legal assistance to asylum seekers. The latter in particular relies upon the presence of interpreters and legal experts.

The UN high commissioner for refugees (UNHCR) observes that initial attempts at standardising protocol, such as those made in the Dublin II regulation, cause a significant reduction in the admission rate of asylum seekers into European nations. The discussion paper on this legislation highlights how the policies of member states vary in three areas in particular, namely notifying individuals of the outcome of their applications, the treatment of unaccompanied minors and the decision to detain members of the same family in the same facility. The 'sovereignty clause' which allows any member state not authorised to examine an application, to screen asylum seekers on a 'political, practical or humanitarian basis', is never used in Belgium, Cyprus, Greece, Lithuania, Poland, Portugal or Slovenia. The use of the humanitarian clause is restrictive and varies between nations. The UNHCR advocates an extension in how these two clauses are applied, primarily in order to avoid the separation of families. 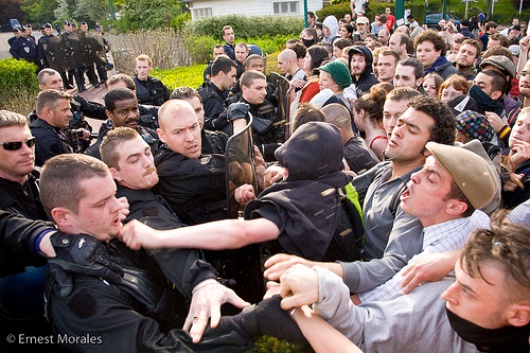 One of the most important points raised by the debate in the European parliament was regarding the detention centre on Lampedusa. Maria de Donato, head of the legal office for the Italian council for refugees (CIR), a non-profit humanitarian organisation, criticised the government measure which prevented the transferral of detainees to other centres from January 2008 onwards. There are now 1, 800 people detained at the establishment – one thousand people above the upper limit.

The problem at Lampedusa is the absence of lawyers and legal organisations to provide the refugees with legal assistance. 'The board which determines the eligibility of an asylum application was transferred to Lampedusa, but there was no time to examine the dossiers and impose limits on the number of new arrivals,' declares de Donato. 'Registration at the centre takes place a number of weeks after refugees have first appealed for asylum, and this puts applicants at risk,' she adds. 'The procedure ought to be completed within 35 days, but in fact months go by before the applications are examined; in Rome, you can usually expect to wait eight or nine months. After that, there is a wait of another two months before the applicant is notified. Until then, the detainees live in limbo.' The UNHCR has called for a reduction in waiting times.

There is great concern about the treatment of unaccompanied minors. The UNHCR discussion paper draws attention to article 6 of the Dublin II regulation, the clause which deals with children separated from their parents, which it feels is not being respected by all member states. The NGO France Terre d’Asile has meanwhile expressed concerns about detention centres in holding zones along European borders, about legal representation for immigrants and about the lack of access to protection. 'Many adolescents, once they have arrived in Italy, declare themselves to be adults so they can continue on their journey, heading towards England and Norway,' notes de Donato. 'However, once they have arrived in those countries, the authorities discover that they’re minors and so they’re sent back to Italy.' Therefore, she continues, 'In Europe we need to make the system more effective by validating the medical analyses which determine the age of asylum seekers, and clarifying which procedures we need to adopt.' The UNHCR however believes that what is needed is a more specific procedure based upon the guidelines of the convention on the rights of the child.

Further problems are created when certain member states disregard human rights: 'In Greece, the rights of asylum seekers are regularly violated; they are deprived of legal assistance and of refugee status. When Afghan immigrants, who have travelled through Greece in order to arrive in another member state, are told that they have to return there, they prefer to live in the former illegally because they consider it more civilised than the alternative. They hope to remain there without documents, invisible to the authorities.' The European asylum support office will only come into effect in 2010. When it does, there will be much work to do before the conditions of the many people fleeing difficult situations are improved.