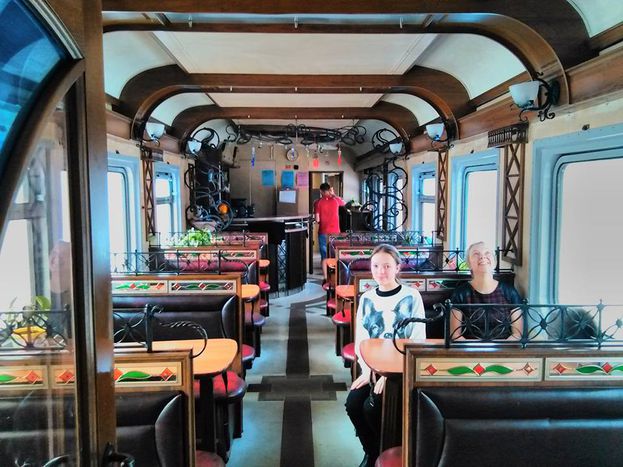 Nicolas Ancion, the author of "The Man Who Was Worth 35 Billion", shares his journey aboard the mythic train which links the cities of Moscow and Vladivostok among others, the Trans-Siberian Railway. An interview with a writer inspired by traveling and crossing frontiers...

CaféBabel: Why did you chose to travel on the Trans-Siberian Railway in particular?

NICOLAS ANCION: For the past five years we have traveled at least three months per year as a family. My children and my wife really wanted to go on a journey by land, from the heart of Europe to central Asia.

There is a gap between what we imagine the legendary trains to be like and reality. The Trans-Siberian is a passenger railway, not a luxurious train, like the Orient-Express that we see in films. The train itself will disappoint the passengers who are anticipating getting on board a one-of-a-kind train, like a Concord airliner or the Titanic.

Cafébabel: According to the famous slogan "Vodka connecting people" passengers often resort to vodka to meet each other. How was the social contact with the other travelers?

N.A: When the Russians or the Mongolians get on the train, they get into traveling mode; they take off their boots and get into their tapochkis, or slippers, either plastic or single-use. They leave the door to their compartment open and the poor people who are on the top bunk of the bunk beds spend a good part of the trip standing in the hallway. The four of us systematically chose to stay together in the same compartment.

The thing that all the passengers have in common is junk food: cheap Chinese noodle soups, chips, and bags filled with soda bottles. The train isn't really all that different from the cities that it passes through. Personally, I never saw or drank vodka during the trip. It was actually my power strip that initiated the contact with the other passengers who were all trying to share the few functioning electrical sockets in the hallways. 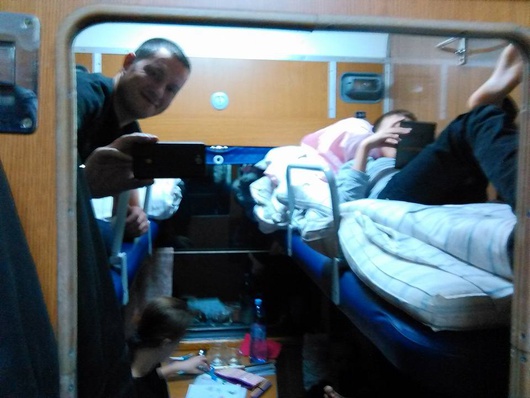 Cafébabel: Blaise Cendrars wrote the book “La Prose du Transsibérien et de la petite Jehanne de France” (Prose of the Trans-Siberian and of little Jehanne from France), without ever having set foot in the famous train. Is it an inspiration place for you?

N.A.: I never write about what I live or what I see. I use neither observations nor transcripts of what I feel or fear, my writing is always purely fictional work. However, over time, my imagination is certainly contaminated by what I experience, discover, explore, and read.

Cafébabel: What was the most memorable place for you during this voyage?

N.A.: I think that the most memorable places don't even have a name in my mind. They are the Siberian villages, of which most of the houses seem abandoned, and we wonder what were their last habitants like. They are hours by car from all the cities and, as early as October, the snow comes and covers their roofs. How do we get by in such places? 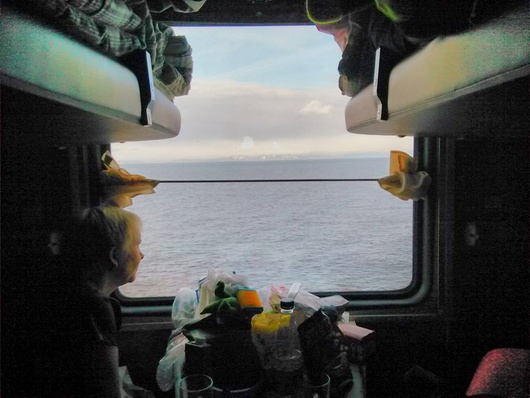 Cafébabel: What was the worst experience?

N.A.: The moment when the local train slowed in the Vladimir train station, the first stop after Moscow, and the children were getting off while I was pulling the suitcases. My daughter stepped down onto the platform into the Russian night and... the train doors closed in the face of her brother. The train started moving, leaving my 14 year old daughter on the platform in a small Russian town in the suburbs. We beat on the door in vain, tried to pull all the handles... Thankfully, my wife speaks Russian and shouted in the direction of a group of police officers sitting in the train. They pulled an emergency braking lever in the train, and my trembling daughter was able to get back onto the train. She saw the train leaving into the night without her.

Cafébabel: Was there any part of the voyage that you didn't expect at all?

N.A.: I discovered that I'm allergic to Mongolian camel hair blankets. I was covered with urticaria (hives) for ten days after the night train between Ulaanbaatar and the Chinese border. 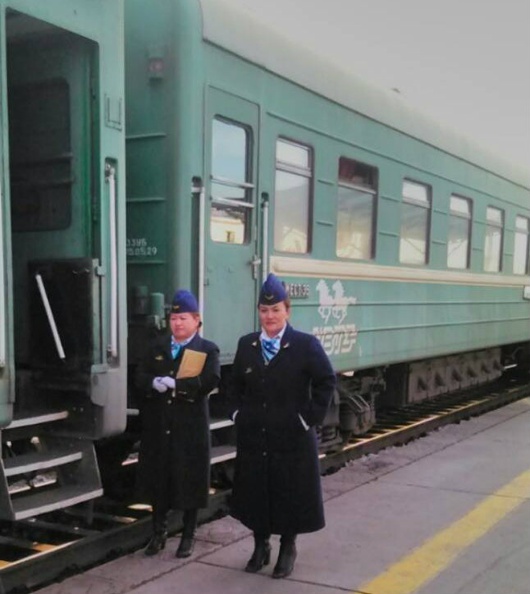 Cafébabel: If you had to summarize the voyage in one sentence or one word, what would it be?

N.A.: Maybe "soothing" would be a good word. The whole voyage from Saint-Petersburg to Beijing lasted a little over three weeks. After a few stops, our compartment was like a mobile cocoon, mounted on rails, which took us from Europe to Asia at a comfortable, more human pace...