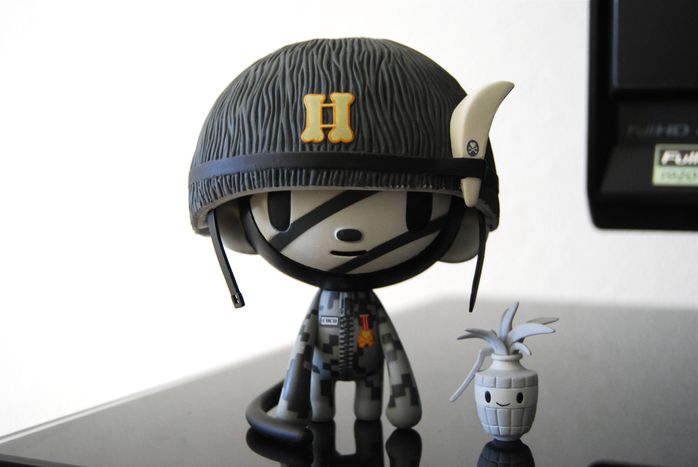 Nick Witney: 'If you wait for 27 people to sit down at the table, dinner will never begin'

With elections just around the corner, the EU will be debating its global military and diplomatic role. Interview with a British analyst

The famous Irish 'no' to the Lisbon treaty on 12 June has unleashed fears of militarism and the loss of neutrality amongst citizens. At the same time, scores of voices warn that Europe will not be taken seriously in the geopolitical chess game until it is supported by a credible military force. British analyst Nick Witney is a close colleague of EU foreign policy chief Javier Solana and George Soros, international relations expert and the defender of the pan-European think tank European Council on Foreign Relations. Here, he talks about this crucial question for the various European 2009 election campaigns.

What do you think of the EU calls to reinforce its military integration?

The efficacity of Europe as a global player is based on the good measure of the way it uses its capacity to make an influence via diplomacy and the economy. However, in geographical areas of instability and conflict such as the Balkans, the Congo and Chad, sometimes we have to be ready to back up diplomacy with military means. The problem is that, although the member states have agreed to follow this strategy, in practice they have done very little to realise it. Even though they spend the enormous amount of 200,000 million euros on defence every year combined, a large part of this sum has been wasted; instead of co-ordinating, efforts have been doubled redundantly.

Do you think that the desired foreign and common security policy can be a reality in the near future? Is it more a scenario from some sort of political fiction?

Well, it’s not going to happen overnight. Gradually, Europeans are learning that if they do not come to an agreement on common issues, but instead act individually, they will be ignored. The Russians have been giving Europe a lesson in how third parties can reduce the EU-27 countries to nothing when they do not come up with a united front.

On the other hand, in areas such as climate change, Europe has learned of the influence they can have when they speak with one voice. Power is redistributed across the planet because of globalisation, so Europeans are going to discover that the rest of the world increasingly treats the continent as a unified entity. It isn’t worrying itself much with the fact that Europeans want to insist on their own internal differences. As General De Gaulle said in his day, It will not be any European statesman who will unite Europe: Europe will be united by the. Chinese.

The UK and other members regard this integration with suspicion, fearing for the transatlantic link and the survival of NATO. What must the distribution of roles between NATO and the EU in the defence of Europe be?

There is no conflict between NATO and the EU. Both expect that Europeans will improve their defensive effectiveness. The USA wants the EU to be a strong member, willing to share in a larger part of the costly load that is meant to assure global security. But honestly, it doesn’t matter to the Americans which flag this happens under, only that it does happen. The United Kingdom, meanwhile, still seems to be digesting the change of position by the USA and right now is acting more papist than the Pope. But I am sure that they will soon change their attitude.

Can the so-called 'permanent co-operation structures' be a good way of obtaining advances in European security?

The Lisbon treaty proposes the creation of pioneering groups in questions of defense. The system is based on the idea that states that are more interested be allowed to deepen their co-operation and that they not be held back, as they are now, by others that want to advance more slowly. The future of the treaty is uncertain, but the focus can and must be implemented under the structures that exist today, without waiting for ratification. The non-Irish have shown the necessity for these types of more flexible procedures. If it is always necessary to wait for twenty-seven members to sit down to a table at the same time, it’s likely that they will never start eating dinner.

The objective can be reached by the realisation of a truly unified and coherent foreign policy. Do the member states need to cede a considerable portion of their prerogatives for foreign policy, in favour of some sort of European superstructure?

I believe that the majority of people admit that, to this day, all member states consider foreign policy and also possibly defence policies as questions of national sovereignty. As such, they are willing to co-operate, but not if Brussels is going to dictate what they must do. This position has been respected in the Lisbon treaty.