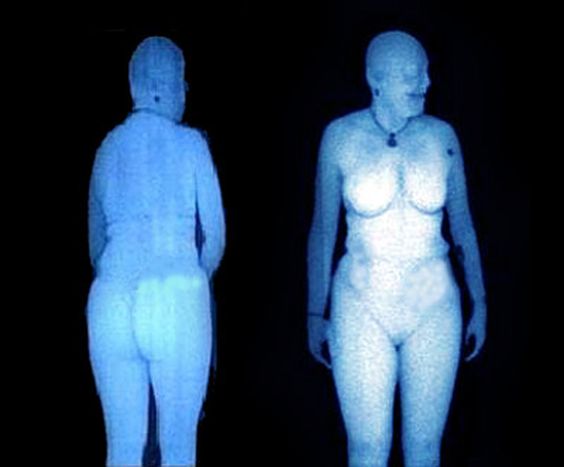 The new system already in place in the Dutch capital: radio waves that reveal every bit of skin.  But what do the European parliament say? Weekly newsbites from Brussels

Amsterdam Airport Schipol has already deployed a scanner that can detect everything up to a passenger's tiniest drops of sweat. Its radio waves reveal the subject's entire anatomy thanks to their ability to penetrate clothes and underwear, although there is a provision for face-blurring technology. Passing through the scanner is apparently optional. The European parliament will give its verdict on its use in the weeks to come

For the third year in a row, a small collective made up of four NGOs - Corporate Europe Observatory, Friends of the Earth Europe, LobbyControl and Spinwatch - is facing up to the establishment and denouncing the most questionable lobbying practices by exposing them to the light of day. The names of the winners will be announced at a ceremony to be held in Brussels on 9 December. Thousands of lobbyists pace behind the political scenes in Brussels - most of them completely honest, some a little less... A small number, indeed, do not hesitate to use improper methods such as posing as ecologists worried about the environment, buying scientific reports or secretly financing think tanks

On 2 October, the European commission launched a website that offers, for the first time, public access to information on the beneficiaries of EU funding. Each year, the commission and the executive agencies set up to handle European programmes grant around 10 billion euros (£7.96 billion) in financial support to EU-funded programs. This new website publishes the list of the 28, 000 beneficiaries of European programmes in 2007. This search engine for the ‘financial transparency system’ is one element of a larger initiative on transparency launched in 2005 by Sim Kallas, the commissioner in charge of administrative affairs, audit and anti-fraud.

On 26 October, the European parliament awarded the annual Sakharov Prize to the young Chinese dissident Hu Jia, despite the pressure that certain MEPs say they have felt from Chinese authorities, who see the gesture as the EU mishandling its internal and judicial affairs. Jia, 34, has been in prison since July, after having developed an internet campaign denouncing China's abuses of power against citizens