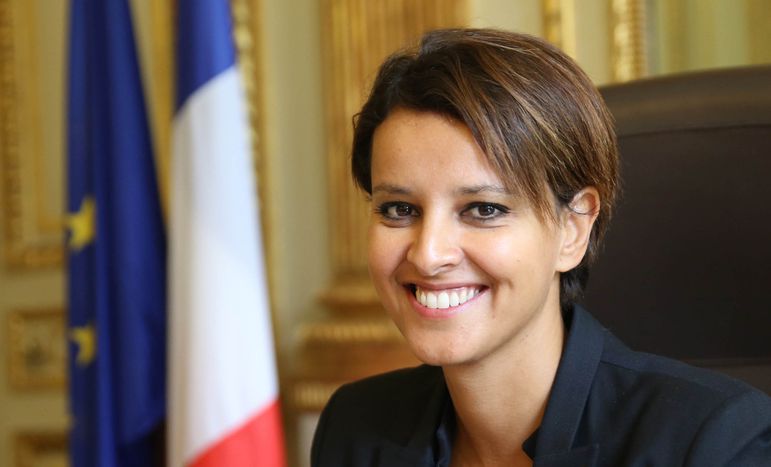 Najat Vallaud-Belkacem: "I Would Have Loved to Do the Erasmus Programme"

At 37 years old, Najat Vallaud-Belkacem became the first woman in the history of France to hold the office of Education Minister. Her appointment will no doubt have an impact on French politics, but it is by no means the full extent of this socialist's journey and numerous struggles. She talked to us about Erasmus, her beginning in life, the situation in France and a certain generation.

cafébabel: Would you have liked to do the Erasmus programme?

Najat-Vallaud Belkacem: I would have loved to do the Erasmus programme. All the young people I have met who have had the Erasmus experience have made me wish I had, too. They came back genuinely changed; they became European citizens. I have never felt so strongly that European citizenship is built in an experience like Erasmus.

cafébabel: What kind of opportunity does the programme offer young people?

NJB: It offers several. It allows them to understand that Europe is a bloc of countries with a shared destiny and young people who are very alike — brothers and sisters, effectively. Erasmus also helps a lot in terms of entering the world of work. Having that kind of experience in a foreign country, by definition, adds value to your CV.

cafébabel: The European Commission recently published a document full of praise for the programme, but it cited some examples that don't always reflect the reality. Is a fairy tale picture sometimes painted of Erasmus?

NJB: I don't think there is a need to paint a fairy tale picture of Erasmus, because it's already so incredible. When you look at Europe 50 years ago, you can see how far we have come. Today, 75,000 young French people are involved in programmes which allow them to travel abroad. So, there is no need to add any extras in order to make Erasmus appealing. The great story that does need to be told, however, is that in a time of economic crisis, the Erasmus budget has been increased to 40% more than it was in the previous period (2007-2013 — Ed.). Our Erasmus budget has grown more than any other in Europe, and it certainly did not always look like that would be possible. 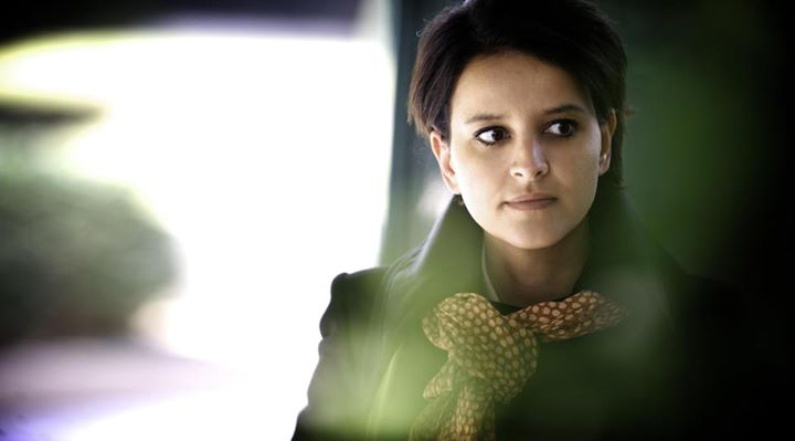 cafébabel: Few people have understood the point of Erasmus+. How is this new programme a step forward for European exchange programmes?

NJB: The new programme covers a much wider range than the old one. From now on, Erasmus+ is not only aimed at students but also at apprentices, young people doing vocational studies, adult education students, teachers. In fact, Erasmus+ has brought together all of the European programmes that previously focused on international mobility but it has simplified the system and opened it up. Thanks to the increased budget, we will be able to increase grants and allow young people on low incomes to claim them.

cafébabel: The popularity of the Erasmus programme is always beating records in Europe. However, in France — as is the case elsewhere — only 2% of students study abroad. Is the scheme simply not marketed enough?

NJB: I think that we weren't doing enough, up until recently. I was one of four Ministers launching Erasmus+, and that shows just how keen we are to put this programme in the spotlight. We have to continue doing that. Unfortunately, this type of programme, like all European projects, suffers from under-exposure in the media. We take for granted the positive things and instead highlight the more complicated things, like the way that the European Commission collects each country's budget. It is up to us to make the effort to talk about it.

NJB: We don't necessarily have to find innovative ways of doing that. We just have to be truly convinced and use every possible medium of communication — interviews, tweets and so on — to talk about Europe. Honestly, every time I talk about the mobility of young people, I mention European initiatives. That needs to now become a reflex.

cafébabel: Programmes like Erasmus often appeal to a certain type of student — often from the same, fairly comfortable backgrounds. Do all French students have equal access to this type of exchange programme?

NJB: Generally speaking, French students do not have equal access to information about their choices and options. There are still some middle school students who do not know about France's grandes écoles. For me, it's a real challenge that I intend to tackle head on, because I understand it and I know the extent to which it can influence people's futures.

cafébabel: You, yourself, only learnt about Sciences Po by chance…

NJB: I was lucky, but you can't always count on luck. There comes a point when it's up to the authorities to ensure that young people, regardless of their background or class, have access to reliable and good-quality information. 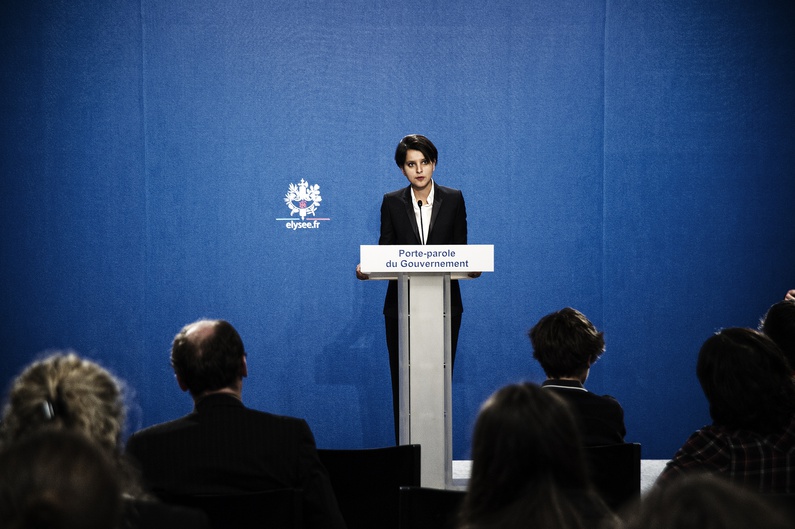 cafébabel: You were born in Morocco. Has your dual identity been an asset in your political career?

NJB: Personally, my dual identity helps me to better understand the world we live in. By definition, I have more than one angle to approach it from. In that respect, I think you're always lucky if you have a dual-culture background.

cafébabel: Do you use that answer when critics attack you about your origins?

NJB: I do not think you should give those sorts of critics any more importance than that. They are very unpleasant but you should not believe that they are representative of something. The truth is that, since I took over at the Education Ministry, I've received a huge number of messages of encouragement. Those are a lot more touching.

cafébabel: From an external point of view, France has a surprising tendency to turn to reactionary ideologies. What do you make of the country's social climate?

NJB: Again, I think we shouldn't exaggerate the audience for those kinds of protest. That's not where French people come together. I think that we have to create conditions in which we are able to silence those critics. Rather than draw on our lowest instincts — fear and withdrawal — we have to consider more noble instincts, such as solidarity and living together successfully.

cafébabel: Your attitudes and your ideas embody a new image of French social issues. What are your main points of reference?

NJB: I would say that I shape myself by learning from the paths of those I have been lucky enough to meet. I was nourished by what I learnt from working alongside Ségolène Royal (During her campaign in the 2007 presidential elections — Ed.), from my time as a city councillor in Lyon and from my dual-cultural background. I think it's more that mixture of paths and experiences which make me fairly certain of my beliefs today.

cafébabel: Do you ever get the feeling that you are alone among your fellow politicians in defending causes such as the LGBT community and feminism?

NJB: Don't forget that I'm part of a Government which has legalised same-sex marriage! But it's true that I've had this fight in me for many years to combat discrimination. Our political leaders had not done enough work on the issue. For me, there was an obvious need for it.

cafébabel: Do you think that France is making better progress on gender equality issues compared to other European countries?

NJB: When we took over in 2012, I don't think that was the case. I feel that we have made progress in the last two and a half years. Without giving us too big a pat on the back, we have frankly done a lot of things since we set up the Women's Rights Ministry. France ranks pretty highly today. 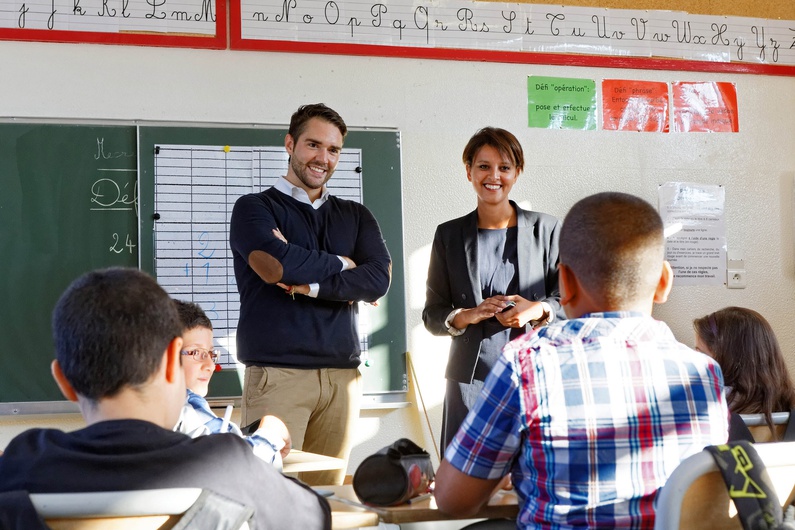 cafébabel: Do you draw inspiration from any other European models?

NJB: The Nordic countries are definitely a good source of inspiration, because they have been working on gender issues for decades longer than everyone else. There's a culture of equality between men and women which is important there.

cafébabel: You also represent a generation for whom the economic crisis is a part of everyday life. How we can help these young people to break free of the 'lost generation' they are stuck in?

NJB: I think that we have to listen, with a lot of humility, to the message from these young people — about unemployment, the work crisis, fear of the future, falling down the social scale. But nothing is inevitable. I have a great deal of belief in the ability of our youth and our generation to mobilise themselves, so long as we give them the tools to do it. One of those tools is education. Schools must be able to educate our young people and make real citizens out of them.

cafébabel: What is the first thing you would say to a young person who has lost all faith in their political leaders?

NJB: I would tell them to get involved. Not necessarily in a political party but, for example, by joining a volunteering scheme. When you get involved, you get a feel for the complexity of political responsibility, and your view of political leaders is slightly different. Today's young generation view the political world with distrust and a sense of fatalism. The reality is much more complex. Yes, politics can change things. Every time I meet young people, you can count on me to ask them to get involved. The best way to be happy with your future is by playing a part in it. If you're just a spectator of our collective fate, you're bound to feel frustrated.