My journey with Selam, a former Kurdish soldier who found refuge in Europe

There are certain stories that stick with you. Stories that are hard to shrug off and that you want to know more about; stories that you’re ready to chase, even if it means travelling all across Europe. This is exactly what happened to Francesca in Athens when she met Selam, a former YPG fighter who found refuge in Europe, when she followed him all the way to the north of the continent.

The linen hanging on the balconies and windows is motionless, suspended in the overwhelming heat that is only interrupted by crickets chirping and children screaming, playing and chasing each other in the sun. A whisper of middle-eastern music escapes one of the windows, reverberating in the streets below. The music comes from the kitchen of the City Plaza Hotel, which bounced back to life thanks to hundreds of refugees being hosted there. The establishment that once welcomed tourists visiting the Acropolis in Athens had gone bankrupt and shut down. It was in April 2016 that the City Plaza Hotel reopened its doors, this time to refugees. 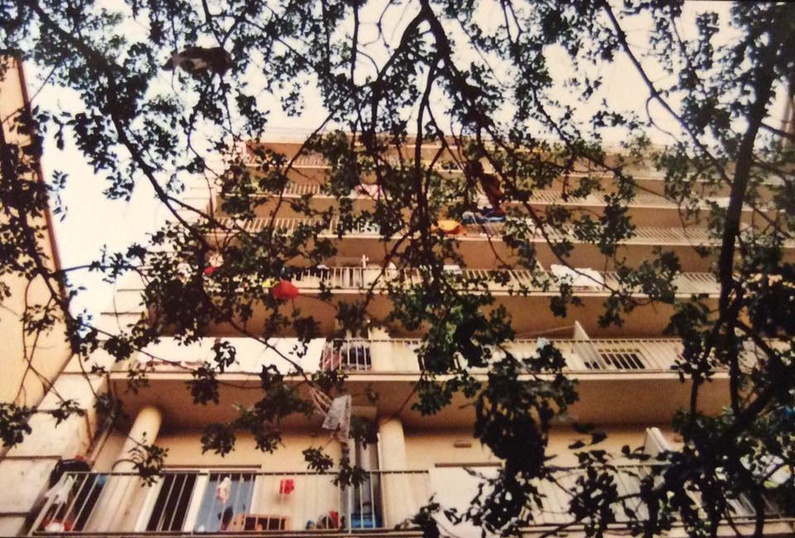 I decided I wanted to make up my own mind about what was going. The City Plaza Hotel had been filling up the pages of newspapers for a long time. I didn’t know what was in store for me up until the very last moment. There were hundreds of stories worth telling from the inside of the squat. People who have travelled with a strong sense of hope, who hide their pain and experiences, who prefer to hide than to allow buried wounds to re-open and fester.

It was at the City Plaza bar that I finally managed to put a name to one of these faces: Selam. I had noticed him as soon as I arrived. The short sleeves of his T-shirt revealed two tattoos, just above his elbows: a sickle and a hammer on one, a star on the other. I was sure that Selam would have plenty to tell me, but my intuition told me he preferred to stay aloof and avoid interacting too much. His distant and reserved behavior intrigued me. But he was the one to break the silence: “Hey, could you help me fill out some documents?”

His voice was deeper than I had imagined. He was visibly anxious and spoke quickly, as if he wanted to run away from here, from me, from everyone. But little did we know that these pages would mark the beginning of our friendship. I had heard about him from other boys, whose smiles brightened the corridors of the immense building. Selam – only 22 years old – came from Kurdistan, where he spent several years fighting the Islamic State in the ranks of the YPG (the People’s Protection Units, ed.). To this day, the YPG and the YPJ (consisting of women only) are the two main armed forces in the Kurdish region of Rojava, in Northern Syria. As soon as the Islamic State became a threat, volunteers started pouring in to enroll in the YPG ranks. 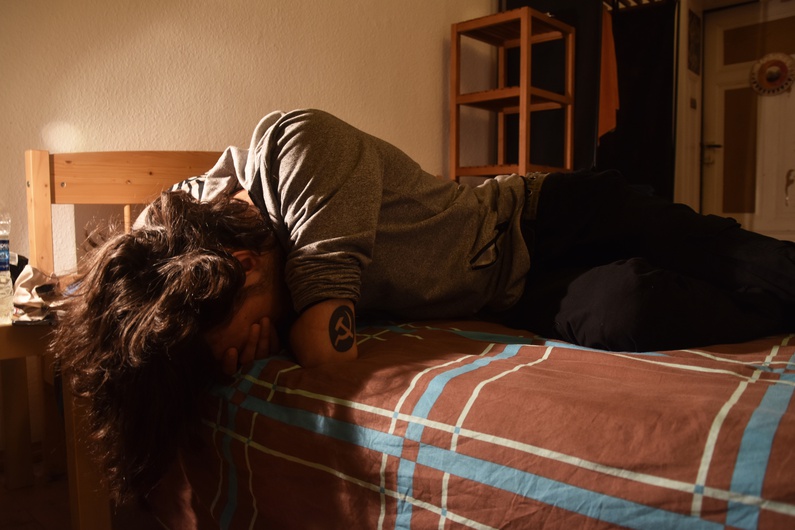 Some time later, I felt we didn’t manage to deepen our understanding of one another in Athens, so I decided to contact him. I knew that he had arrived in northern Europe and that he had settled there*. Still, chatting with him was not enough for me. I wanted to go and visit him, to make sure that he was OK, to get to know him better. A keyboard would never be a substitute for getting to know each other, face-to-face. I was sure I had a lot to learn from him and his experiences. So I decided to buy plane tickets and join him in the north of Europe. I was well aware that it would be difficult for me to become part of his life overnight. It was unlikely that in the span of a week, he would open up to me and tell me about his tormented life. Despite all of the obstacles that would stand in my way, I told myself that this story was worth telling.

When I arrived, Selam welcomed me in front of a pub. It was 6 pm, but the November sky had already turned dark. With two pints of beer on the table, after we had hastily chatted about our lives, I naively began asking what proved to be a touchy question. I wasn’t aware of it when the words left my mouth. I knew that Selam didn’t like talking about himself, much less about his feelings. “You see,” he says, “when those you love start to die with a certain frequency, you can’t react anymore. You feel a lump in your throat. No words, no complaints, not even a tear. This morning, I found out that my cousin died, and I didn’t even flinch. Death doesn’t shock me anymore. But you, you can’t understand what that means.” I digest these words among the chaotic atmosphere that fills the pub. Despite the noise, his words are loud and clear, and all I can do is sit still. Meanwhile, Selam sips his next beer and eventually orders a whiskey. I can’t stay calm, his words are scathing; the young man doesn’t mess about. It’s not surprising for someone who fought in the ranks of the YPG. 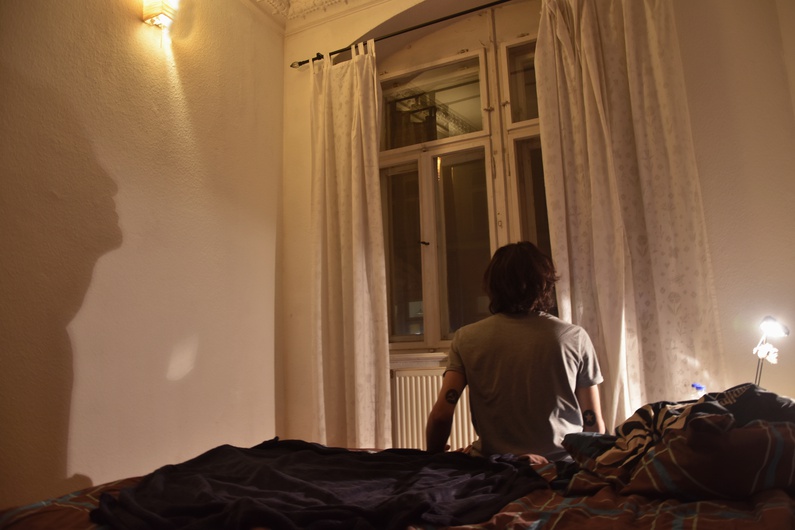 In search of reciprocal trust

It was only two days later that Selam started to come out of his shell. Little by little, he began to trust me and I decided I wanted to get to know him better. My curiosity and my ignorance pushed me to ask more questions which, in the end, didn’t seem to both him. He began showing me photos, videos and telling me about his country. He could go on for hours, talking about history, religion, politics and music.

The heat, the lively colours, the untouched lands, and the wild animals… his reality, so drastically different from mine, stood in stark contrast with the grey tones and dark architecture of this country. His stories, each more intense than the last, allowed me to travel into another dimension with him. Time went by so fast that, without even realising it, I completely lost touch of everything surrounding me.

It became very obvious to me that, as Europeans, we were only superficially aware of the complex wars taking place in Syria and Iraq, seeing snippets of sensationalised TV reports. The news, geared more towards our gut-feeling than our brains, grab our attention by showing photos of destroyed families, broken lives or children running through rubble with tears in their eyes. Somewhere over ‘there’, in the Middle East. I found myself face-to-face with a young man in his twenties who had truly experienced the horrors of war. His body alone, covered with scars and tattoos, told a story of suffering and struggle.

The day Selam decided to open up to me, I felt proud of what I had accomplished and happy that he chose to be open with me. Despite the distance, Selam managed to find a way to stay in touch with the world he had left behind just a few months earlier. He brought me to a Kurdish discussion group he frequently attended. The room was empty and the cold lights illuminated photographs of martyrs and militia. YPG flags decorated the table, along with a photo of Abdullah Öcalan, one of the founding members of the Kurdistan Worker’s Party (PKK).  With his eyes fixated on the photos, he explained who each of these men and women were, their stories and the sacrifices they made. 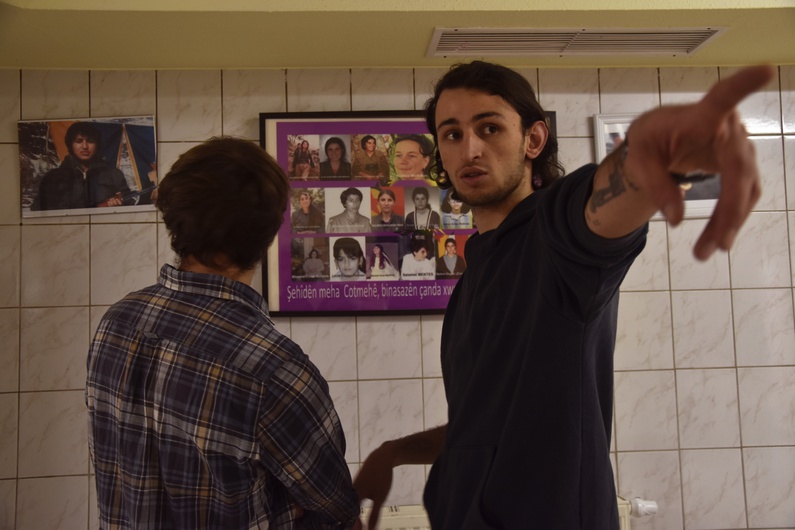 In the meantime, a Kurdish woman graciously brought us chai tea. Between sips, I asked Selam to tell me about his first gunshot wound. With an empty cup in his hands, he begins: “It was in 2015. We were defending Kobane from the Islamic State in an operation that lasted more than six months. Suddenly, they shot bullets in my direction and one of them hit my right leg. It felt like a strong pinch. What’s essential in moments like these is to have morphine at hand, ready to be injected whenever.”

Luckily, Selam can barely remember that moment because he fainted shortly after he was shot. In his opinion, losing consciousness was the best thing that could have happened to him. That way, he didn’t experience much pain. He face began to look more serious: “During the operation in Kobane,” he tells me, “we were a group of 25 soldiers, isolated from the rest of the troops. Most of us died, but we managed to hold on for three days. At first, the Islamic State shot at us with tanks. Then, they attacked us by launching bombs and mines into the building I was in. I spent 19 hours buried under the rubble, half-unconscious with broken bones. In a burst of lucidity, I heard the voices of the enemy soldiers and pretended to be dead. Later, we managed to communicate with our other companions who located us and came to pick us up. I’m not exaggerating when I say that one year spent in combat is like ten years in the normal life of an everyday citizen,” Selam concludes, laughing. 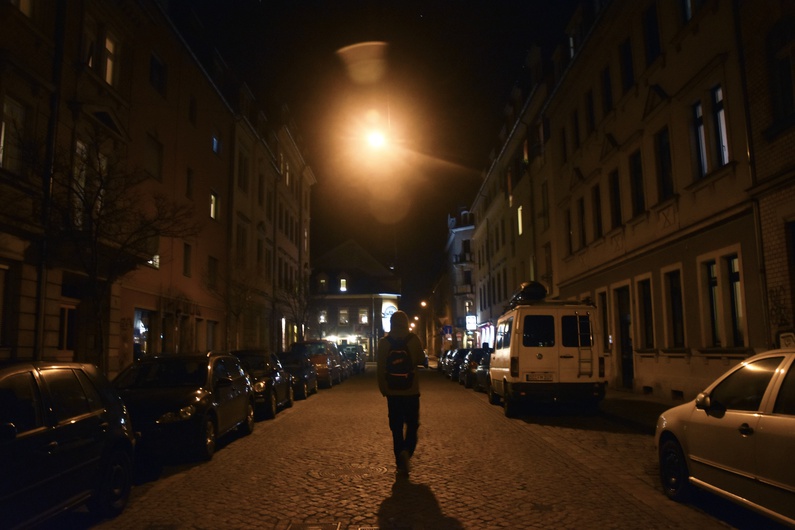 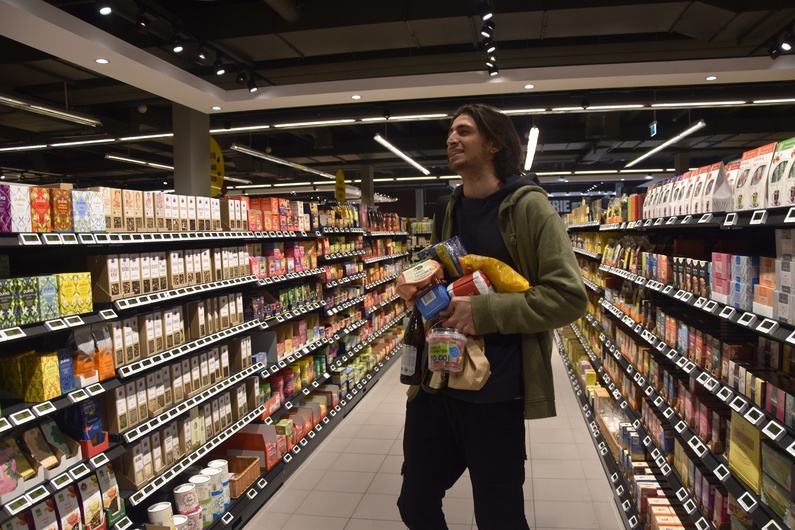 The last days we spent together allowed me to learn a lot more. I left hoping to get to know Selam’s story and developing a project around it, but he managed to transform my trip into something much bigger. After giving me his trust, he opened up and became my friend. He shared moments of pain, joy, tears and laughter with me. He allowed me to discover principles and feelings that I didn’t know about, like the value of sacrifice, the despair that death causes and the warmth of solidarity. He also taught me about the virtue of friendship, for which the 22-year-old Kurd would be ready to take a bullet. “Your fellow soldiers become your family. You need to be ready to do anything for them, that’s what I did,” he explained.

Time and time again, I find myself thinking that perhaps these experiences will always be a barrier to our friendship. Experiences so far removed from my lifestyle that it makes me wonder whether I will ever understand some of Selam’s emotions. At least upon my return, the luggage I had taken over to meet him was heavier and filled with the same things that had marked Selam’s body with scars. With a heavy heart, I left Selam and hugged him close, reassured by the idea that he was able to build a new life here. “Yes, I will fight again,” he said confidently, “but for myself, not for others.”