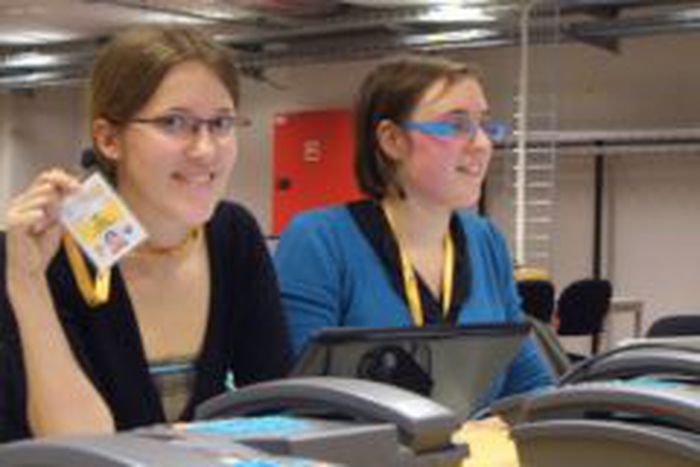 My first experiences at a EU summit: an exciting night!

By Pia Menning At the evening of 19 November the heads of state and government of the EU member states met for an informal summit to decide on the post of the European Council President, as well as the High Representative for Foreign Affairs. Everyone was expecting long and difficult negotiations, but for once the 27 member states agreed in a fast and efficient manner.

A team of young European journalists was present at the summit and reporting live for Café Babel Brussels.

Arrival of the heads of state and government 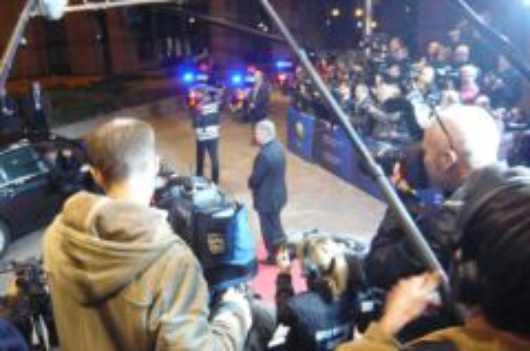 While the journalists are gathering inside the building and getting settled, the heads of state and government are arriving at the VIP entrance. Outside the doorway a press crowd is assembling and waiting anxiously for new arrivals. Every time the police whistle is heard, microphones are raised and the journalists stand to attention. But they get disappointed a lot: almost everyone is just walking through, without giving any comments to the waiting press. 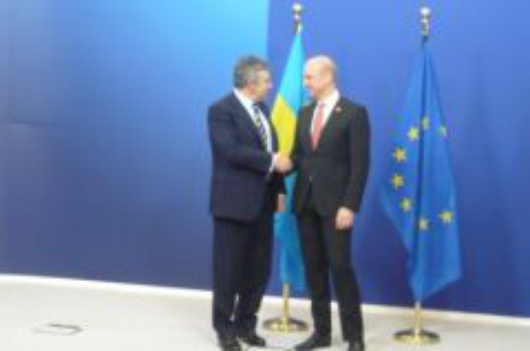 Inside Frederik Reinfeldt, the Swedish Prime Minister, is welcoming the heads of state and government. While waiting for the next arrivals, he sometimes looks a little lost, standing all alone in front of the chatting journalists. As Gordon Brown arrives, excitement can be felt in the room. He addresses a casual ‘How are you?’ to the journalists and then takes quite some time to talk to Reinfeldt. Perfect picture opportunity – flashes everywhere.

Around 7 pm rumors among the press members are getting more concrete. In talks with different journalists, some ‘facts’ are being repeated constantly

Regarding the post of Council President almost everyone is talking about the Belgian Herman Van Rompuy. Even the British are apparently withdrawing their opposition concerning him. At least that’s what is flying around in the press rooms.

There are also some quite concrete rumors about the High Representative for Foreign Affairs. The Italian candidate Massimo D’Alema is apparently out of the game, although he was quite present in the media discussions before the summit. On the other hand British EU Trade Commissioner Catherine Ashton is regarded as a hot candidate. Her – sometimes criticized – lack of experience and charisma is seen as an advantage by a lot of people, given that the big member states do not prefer a high profile candidate for the post who might overshadow the national prime ministers and presidents. 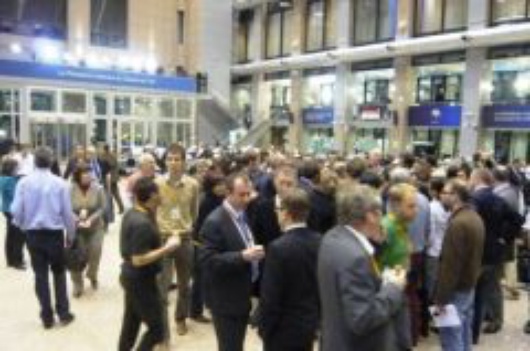 The heads of state and government are enjoying their dinner and probably negotiating hard. This lack of news is used by most journalists for some small-talk or a meal in the Council restaurant. Every now and then spokespersons are coming out of the meeting room and give ‘off the record’ statements to the press members who are immediately gathering around them.

Announcement of the EU top positions 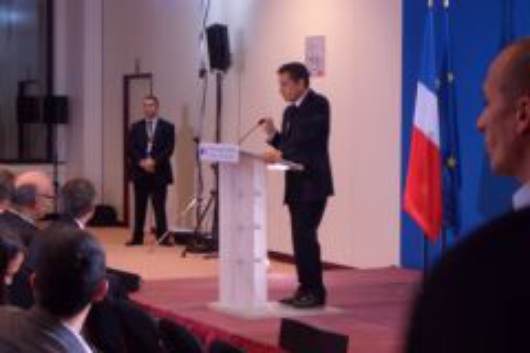 In some smaller rooms special briefings are held for the national press. The announced German briefing just before the ‘real’ press conference is delayed. Next door French president Sarkozy is holding a speech. Time for a quick look to the official announcement of the results. The room is completely overcrowded, but I arrive just in time to hear the official announcement of the new posts.

No surprises: Herman Van Rompuy is becoming EU Council President and Catherine Ashton will serve as the new High Representative for Foreign Affairs. It is hard not to get knocked over by the camera teams in the back, so I am heading back to the German briefing room to see whether the officials finally arrived.

Sarkozy is still speaking next door, but the Germans are either finished or haven’t started at all. The national journalists are leaving and suddenly I find myself in an overcrowded elevator with some of the most important German EU journalists. They all are pleased with the quick results because it means that they don’t have to stay all night. One woman is joking: If this elevator crashes, Germany looses all EU correspondents at once. Laughter all around…

The summit is over but the press room is still buzzing. Phone calls are made, articles are written and the results are discussed. For the journalists that have to write articles for tomorrows editions the real work just starts now, while the online reporters and camera men are more relaxed. 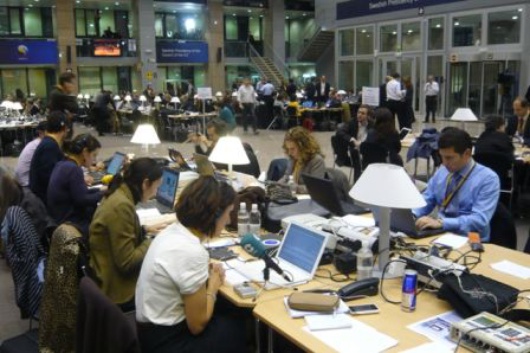 I am tired and exhausted but also full of interesting impressions of the day. Experiencing the atmosphere among the journalists was truly thrilling and a new unique point of view, but if one is interested in seeing the people of the day close-up and get everything they are saying, it might be a better option to stay in front of the TV.