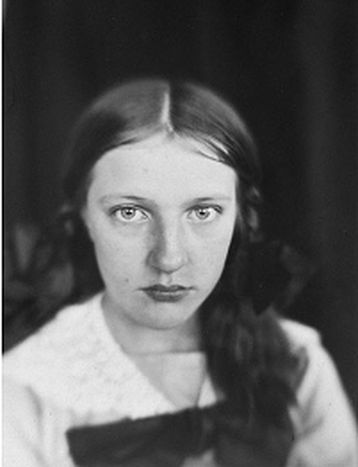 On October 13, the photography exhibition ‘In the Face of History’ opened in London

The Barbican centre in London presents the works of XXth photographers Stanisaw Witkiewicz, André Kértesz, Eugène Atget, Josef Sudek and others. To many, the twentieth century was a lesson in the horror of abstraction. Stalinism and Nazism, increasing bureaucratisation and alienation, taught us of the dangers of thinking too grandly, of making people into numbers and hoping, perhaps, that the breaking of the egg is justified by the omelette to come. Against this commonly held view, in Le Siècle, Alain Badiou proposes that the last century was characterised by a passion for the real. Not for grand plans or transcendent hopes, but for visceral contact with existence.

The Barbican Exhibition reminds us that photography promised such direct contact with experience. It is perhaps hard today to imagine the power photography must have had in an age where images did not dominate the world. Hard to imagine how Dauthendey, one of the first users of daguerreotypes, could have said: "We were abashed by the distinctness of these human images, and believed that the little tiny faces in the picture could see us, so powerfully was everyone affected by the unaccustomed clarity and the unaccustomed truth to nature of the first daguerreotypes."

The work of Witkiewicz, a Polish photographer and writer, bears witness to the loss of such direct contact with experience. In his pictures faces are split into a thousand fragments - a self split up by modernity. Yet in his work there is also a messianic hope that someone, somewhere, can bear witness to his experience. Janina's eyes stare out at you through the photograph, through the product of the very technology that Witkiewicz decried.

Photography is a record of the history of the twentieth century. ‘In the face of History’ the human face of past upheaval confronts the viewers. André Kértesz shows troops on the move to the ¨Polish front in 1915, snakes of men caught up in a destiny they ignore. But photography is also history itself. Our passion for the real has culminated in the spectacle - in advertising and images offering us unmediated contact with a reality that has no risk. As we have moved to becoming a society of voyeurs, so photography has moved with us. For so long thought of as the truth of an experience, today it offers us a mirror of our own emptiness.

The exhibition starts with Eugène Atget, the actor who photographed Paris at the turn of the century. Rue l'Abbaye. At the centre of the picture stands a policeman astride his bicycle. Behind him an abandoned shop, on either side apartment buildings rush towards the sky - there is not a soul on the street. Or are there? As you peer, you can see a man in a white Sunday hat hiding behind a wall on the left, and, as you gaze more closely, two ethereal figures appear on a street corner, reminding us photographing was not an immediate process in that period. They came, they vanished, and the photograph remains. His photographs are strictly about nothing. There is no object to sell, no ideology with which you must be convinced. Instead, they ask that you let them enter you.

The image of itself

In an untitled photograph by Josef Sudek, a bowl is fighting for space, jostling among worthless banknotes and the crumpled newspapers of yesterday's forgotten wars. Despite the Stalinist planning and certainty, the Czech artist produced photographs like this one, internal documents which contained only the contingent. Accidental scraps of the everyday jostled together in new and strange formations. The fact that his still life photographs are arranged does nothing to dent the feeling of contingency. The essential truth of the bowl and the newspaper is not changed by its artifice. Stalinism emerges from the passion for the real - from a meeting of thought and action. In this ghostly world, Sudek's images are not simply the chaos of the internal space - they are testament to the same passion that underlies Stalinism.

The contingent, whether inner or outer, orders all the photographs in the exhibition. Photography is a long homage to the missed, to the absent. Thus, in an exhibition about European photographers in the twentieth century, there are no gulags, no concentration camps, and no glorious wars. Instead, there is a photograph of boys’ feet. The image, by Emmy Andriesse, shows the legs and feet of two boys, perched on a wall above the rubble. We are in Amsterdam, 1944, and in the last months of the Nazi occupation - the city is suffering its 'Hunger Winter.' Yet, like Atget, the photograph of the Dutch artist does not speak of it openly. As I look at the feet of these two boys, I am drawn to the battered shoes teetering on the edge of falling off, and the impudent toe of one foot, poking through in the shadow. The photograph is silent - it does not mean anything, it simply asks us to look.

Good documentary photography, as it is on show in this exhibition, is a passion for the real that does not culminate in a spectacle, nor in a need for ultimate experiences. It is in the spirit of Goethe's remark when he says: "there is a delicate empiricism which so intimately involves itself with the object that it becomes true theory." Through this delicate empiricism, the human connections involved in the object of the photograph become apparent, and the humanism that can only come through empathy, through entering into an object, becomes possible. For if the passion for the real that characterised the last century has culminated in appearance, in a thousand empty images, perhaps it is in this photography that there remains a last hope for empathy - for real connection.

In the Face of History

European Photographers in the 20th Century.