The ninth edition of the international festival for video art, photography, installation and performance of the Musrara photography, new media and music school took place between 25 and 27 May 2009.

The last two decades has seen the cultural borders of Europe change in a flux of the enlargement of the European Union.

A new geography of cultural exchanges has, thus, emerged, questioning with it the relations between culture and space. Linking the fluid borders of the European Union with global cultural initiatives of the UNESCO, Musrara Mix festival for video art, photography, installation and performance took place for a ninth time in Jerusalem. It ties this city, lying 34 miles away from the Mediterranean coast, and what its artists, musicians and intellectuals have to say to Europe. The festival poses the question: Is Europe more than the sum of its parts? 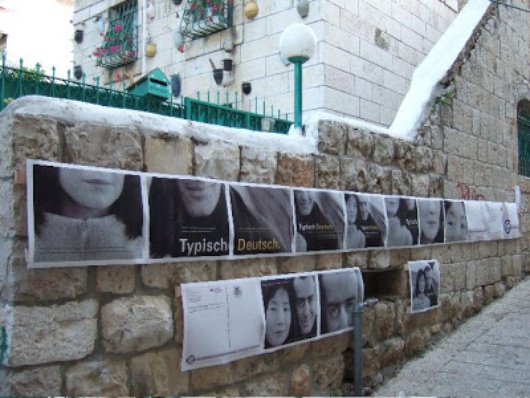 Part of a UNESCO network of cultural programmes for digital arts, Musrara Nagar School of Photography, Media and New Music hosts this year the ninth edition of Musrara Mix, an artistic intervention into urban and institutional spaces bearing witness to their local and global influences. The festival deals with the notion of 'idolatry' or 'worship of foreign gods' that when read literally means "foreign labour". Behind the festival stands the initiative of students, lecturers and producers of the school that produced it with the help of external bodies, residents of the city neighbourhood, and local and international cultural institutions. As this video-review shows, the festival shows experimental and provocative artworks that together with better-known and recognised exhibits explore how video art, photography, installation, experimental cinema, dance and performance interact with various exhibition and urban spaces that for the opening night turned into open air stage for works by local students, graduates, lecturers and foreign guests. 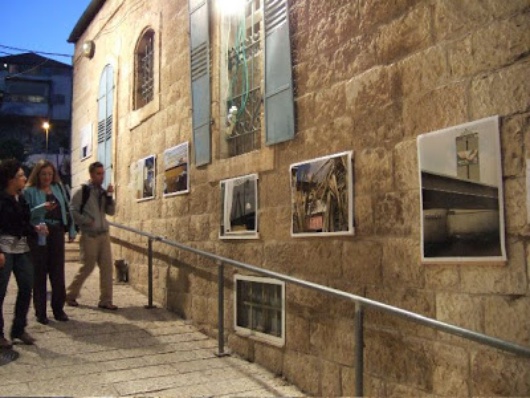 This creative and intellectual activity consisted of panel discussions, scholarly lectures, master classes and live performances that made interdisciplinary expression possible. As an homage to the centenary of Emmanuel Levinas' birth, the festival focused on the subject of the 'other' that takes central position in the works of the French philosopher. According to Levinas, the beginning of human experience lies in recognition of otherness of every human being whose inner world resists categorisation or incarceration. In a broad palette of expression, the festival has offered a platform for exploration of the 'other', foreign and different. It the course of its four-day run, intensive interdisciplinary intellectual and artistic activity exposed the audience of the festival to qualitatively new forms of art inviting a critical and self-reflective look at social and cultural difference. 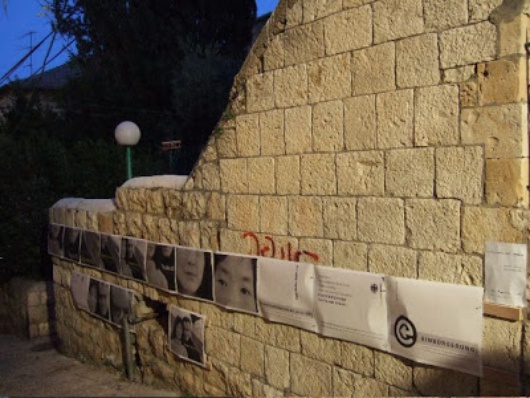 In words of Avi Sabag and Irit Carmon Popper, the chief curators of the festival, the event "confronts the unique urban space of Jerusalem while raising questions about society in Israel and the world about otherness, strangeness, immigration, loss of personal and cultural identity, foreign workers and more." They also add that the event seeks to clarify "issues of identity and financial fortune,as it is echoing the global financial crisis", while it "explores an emotional space of identity, wherein we can examine our actions and question their veracity." Their artistic intervention into the urban space of Jerusalem seeks to draw attention to streets that connect "‫‪different places in one city with the ascents/descents between them‬‬." Musrara is a neighbourhood "that communicates between the old city and its modern centre, between centre and fringe, between‬‬ East and West, between identity and foreignness, between different languages and identities‬‬." 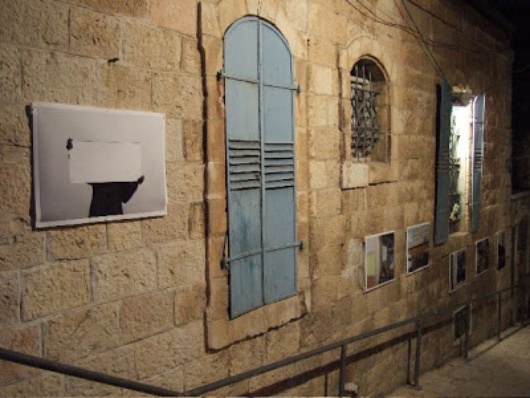 Within this larger framework of events, an exhibition of German contemporary photography took place. Its curator, Silke Helmerdig, received her education in photographic design and fine arts. She is involved in projects of photographic documentation and architectural, industrial and exhibition design. Teaching artistic design in architecture, urban planning and landscape design at Kassel University, Germany, she collaborates with art museums and organisations on exhibition design. For her Musrara Mix exhibitions she borrows Vilém Flusser's notion that "the guest worker is a strange kind of guest." She writes that "the foreigner is a stranger to the other, but sometimes we are, like Julia Kristeva wrote, strangers to ourselves". Her mission as a curator is defined by an open question of whether "to be a foreigner is not the most attractive position, as we can rediscover the world from new perspectives" with the aid of artistic representation of otherness, labour, and migration. 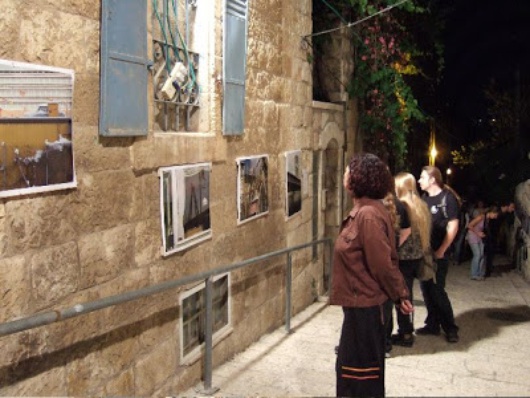 That was the question posed by German artists such as Wolfgang Zuborn, British-born Tanya Ury, Elke Reinhuber and Samuel Henne. They deconstruct the notions of ‘foreigner’, ‘guest’, ‘home’, ‘labour’ and ‘citizenship’ through their photography. Zuborn's photography works LUsionen discover unexpected and foreign sides to his home town Ludwigshafen. Ury's photography cycle Dual Nationality present a critical and subversive take on the construction of citizenship and its representation in the advertisement campaign that German government launched to promote German citizenship for foreigners. Reinhuber's photographic documentation Up and Away shows the gap between German safety standards and actual working conditions of construction labourers in Mexico, Egypt and Tailand by capturing their groups on scaffoldings and ladders. In Untitled, Henne's photographic self-portraits let his mirror reflections to show him as a stranger unto himself. 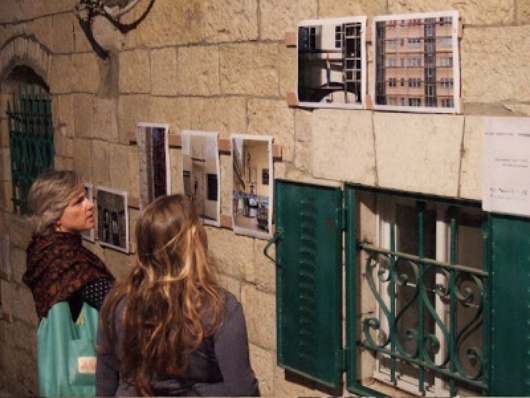 Musrara Mix festival became, thus, a point of urban contact that brings shared phenomena of foreign labor, internal diversity, and universal rights into an artistic focus that creates bridges between Israel and Europe.

Prepared by Pablo Markin, a post-doctoral fellow at the DAAD Center for German Studies of the European Forum of the Hebrew University of Jerusalem, Israel.