'Islamist' threats to power or positive signs of integration? A Ramadan special 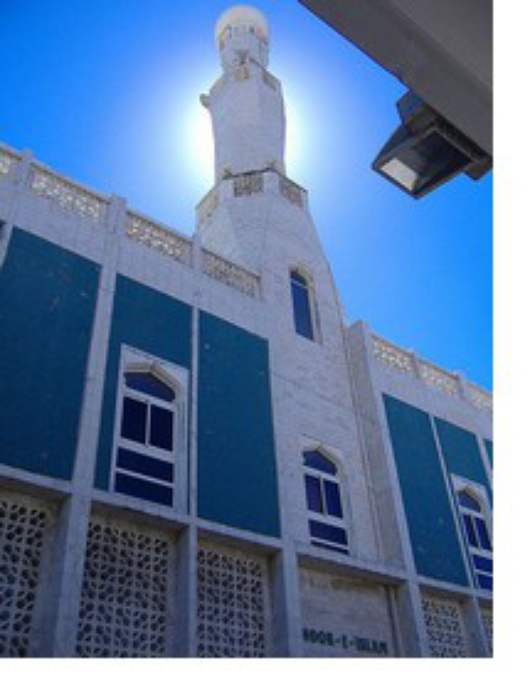 Muslims across Europe want to build stately mosques, taking into account their right to practice their religion. But local officials are sceptical about these construction projects. Some parties reject these 'signs of Islamisation' as potential security threats. Analysts from Turkey and western Europe say the opposite is true: the visualisation of Muslims through the construction of mosques is a positive sign of integration.

In Germany, home to three and a half million Muslims, anti-mosque demonstrations took place on 15 July in Cologne. Protests against the construction of a Muslim place of worship were led by deputy mayor Jörg Uckerman of the conservative Christian Democratic Party (CDU).

In Switzerland, too, the issue hit the headlines with statements such as we must stop the spread of Islam so that our Switzerland will remain our home. With these words Dr. Ulrich Schlüer from the Swiss People’s Party (SVP – which also opposes EU membership), launched a campaign in August for a referendum against the construction of minarets.

France's five-million-strong Muslim minority is the largest in Europe. The far-right National Republican Movement (MNR) won two court cases this year against subsidies for mosques in the Paris suburb of Montreuil and in Marseille, a quarter of whose population is Muslim.

Dr. Stephan Rosiny, a German specialist on Islam, is shocked that the protests against mosques have become so widespread. Muslims are no longer being solely criticised by far-right parties in western European countries. The objection to Islam has unfortunately moved into the centre of their societies, claiming that they are victims of radical Islam undermining Western cultural and legal systems.

From backyards and garages

Scientists from Turkey and western Europe state that in fact it is the other way around: building mosques is neither dangerous nor a breeding ground for radical Islam, but rather a sign of integration. 'It's a positive sign,' agree Rosiny and Islam specialist Ali Özgür Özdil. Muslims are starting to come out of backyards and garages to pray in official buildings. This facilitates dialogue with other religions and the society they have already lived in for generations.

An example is the £15 million mosque in Cologne. Once it has its building permit, it will stand two miles from the famous 'Dom' cathedral that defines the city. 'Critics who see these new mosques as signs of separatism or of an Islamic colonisation of Europe miss the point,' says Bekir Alboa of the Turkish Islamic Union (DITIB) in Cologne. 'The mosque is intended to not only be a house of worship for Cologne's 120, 000 Muslims, but also ‘a place for German-Turkish integration,’ as the responsible architects Gottfried and Paul Böhm intend.'

Another positive effect is that the Islamic organisations building the mosques are moderate and work in absolute accordance with the state. 'DTB in Germany could thus bring Muslims together and make it possible to represent them, promoting their rights and duties as religious individuals as well as citizens,' explains Rosiny.

Özdil believes that the whole question of a possible 'Islamisation' is 'baggy'. Germany has one of the biggest Muslim populations in Europe, but of its 3.5 million Muslims only a quarter actually practice the religion. Thus only one percent of Germany’s population constitutes active Muslims.

Political scientist Georg Lutz from the University of Bern, Switzerland adds that many law experts claim that it is against the people's law to forbid the construction of worship places.

Fear of something new is normal

Despite arguments that protests against mosques are unnecessary, recent news coverage show the general concern of European societies vis-a-vis the Muslims in their society.

Alboa of DITIB explains that through the building of mosques, Europeans realise that they are not alone in their country. 'A mosque symbolically retraces the changes that have been made in society,' she says. 'It reopens the debate on whether these changes are good, whether Muslims should live here, even whether Islam is a good religion.' Tariq Ramadan, one of Europe’s leading Muslim spokesmen, says: 'The increasingly visible presence of Muslims has prompted questions in all European societies.'

'Houses of worship have a high symbolic value in Europe,' finishes Riem Spielhaus, an expert on Islam in Europe at Berlin’s Humboldt University. 'The cathedral or church is usually the centre of town. Mosques are therefore seen as a symbol for the presence of foreigners.'