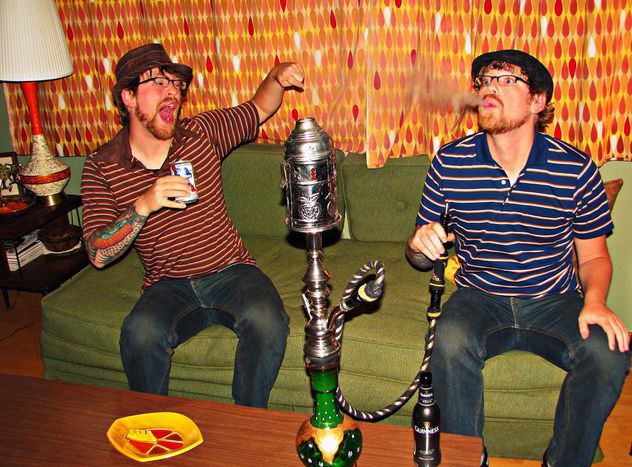 15 grams of marijuana, five grams of hashish or even 1.5 grams of heroin. Thanks to a new law that came into effect on 1 January 2010, Czechs can stock up on drugs without fear of prosecution. The Czech Republic now has the most liberal drug laws in the whole of Europe, though its preventive measures still leave something to be desired

When the conversation turns to the government’s new ruling on drugs, restaurant owner David Polita breathes an audible sigh of relief. 'Finally we can smoke a joint without fear. No more back-stabbing neighbours grassing us up.' Polita feels vindicated. For years he has campaigned from his café Maha 4 All in Usti nad Labem, northern Bohemia, for the legalisation of cannabis. 'It is a local cultural plant,' he says. His customers share his viewpoint, too: the characteristic smell of marijuana swirls through the premises from early in the morning.

Legally, up to five cannabis plants can be cultivated

Now, for the first time, the Czech government has set maximum limits for drug possession — the generosity of which makes their country the most liberal in Europe. Although possession remains an offence, nothing is done about it so long as it stays within the boundaries set on 1 January 2010. Up to 15 grams of marijuana or five grams of hashish are allowed for personal use. However, possession of harder drugs is also permitted, for example Pervitin (two grams), heroin (1.5 grams), cocaine (one gram) or ecstasy (four pills). In some cases that is three times as many as is allowed in Holland. Up to five cannabis plants can even be cultivated now without legal ramifications.

The clear-cut maximum limits have replaced a previously vague law which allowed the possession of a 'small amount' of drugs. However, the comparatively repressive legal system in the country required the police to also pursue the most minor offences. It was left to the courts to decide whether the seized drugs constituted a 'small amount'. The vast scope of drug use in the Czech Republic compelled them to deliver lenient sentences, but now the government has provided them with a legal basis to work on. With the police now freed from dealing with low-level drug use, the government hopes officers will be able to concentrate on tracking down producers and dealers: recent years have seen a drastic increase in the number of Pervitin kitchens and cannabis fields. 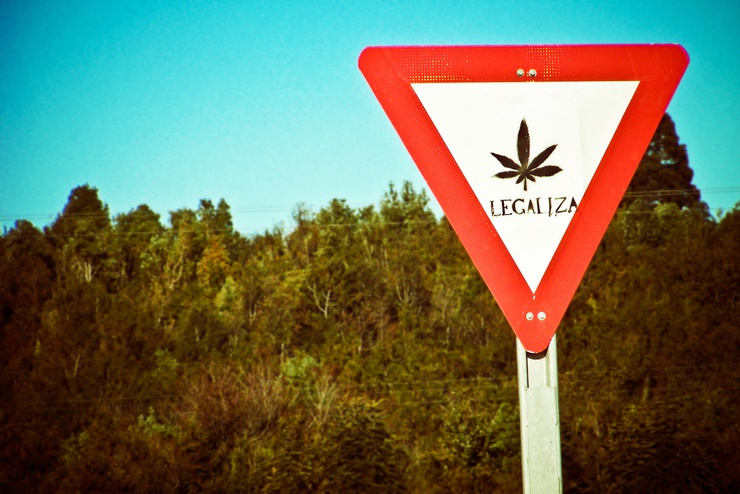 Smoking marijuana is incontrovertibly part of the Czech Republic’s youth culture. In the hit film Samotari (‘Loners’, 2000), the drug was endorsed by actor Jiri Machacek, who described it as a panacea for all walks of life. 'If people smoked more weed, they would be less able to lie to themselves and might stop being so co-dependent,' he said. According to a study by the European monitoring centre for drugs and drug addiction (EMCDDA), the Czech Republic heads the list of European countries with the most drug users under the age of 24. In ecstasy use too, they have an unassailable lead: some 15% of Czechs have tried it, compared with a European average of just 6%. However, the country is also among the front-runners when it comes to a liberal drug policy. In Pavel Bem, they even have a champion of this policy holding office as the mayor of Prague.

Josef Radimecky, the government’s former drugs tsar, has nothing but praise for the new law. 'Now people are more inclined to admit to drug addiction, since they no longer have to fear police intrusion. What’s more, this immensely facilitates the work of our social workers, who are far more readily accepted by drug users,' claims Radimecky, who is also the founder of the aid organisation White Light, which helps drug addicts. 'The repressive policy bore no fruit. Past experience has shown us that, on the contrary, we must learn to live with drugs. The only way out is comprehensive preventive measures,' he continues.

There, however, is the sticking point. Although its social tolerance of drug use is comparable to that of the Netherlands, when it comes to expenditure on preventive educational measures the Czech Republic lags far behind its neighbour on the North Sea. For this, Radimecky blames the high level of social acceptance of legal addictive substances, such as tobacco and above all alcohol, in the Czech Republic. 'Here, of course, beer is something of a national drink.' Whereas in his opinion the country’s 30, 000 drug addicts are being pointlessly criminalised, the 300, 000 with serious alcohol problems remain a taboo. Denouncing the situation, Radimecky continues: 'At the same time we are the only country in Europe where it is still permissible to advertise alcohol and tobacco so prominently. Paradoxically, this is often done in connection with sporting events.'

Meanwhile, restaurant and nightclub owners in particular harbour hopes that Prague and other Czech cities might rival Amsterdam in attracting cannabis-seeking tourists on a mass scale. David Polita from Maha 4 All plays this down: 'We are just happy that here we face less repression than elsewhere,' he says, with a knowing nod to his German neighbours. None the less, even he has no complaints with German tourists who visit his café to smoke a joint.

The author of this article, Steffen Neumann, is a member of the German writer correspondents’ network n-ost