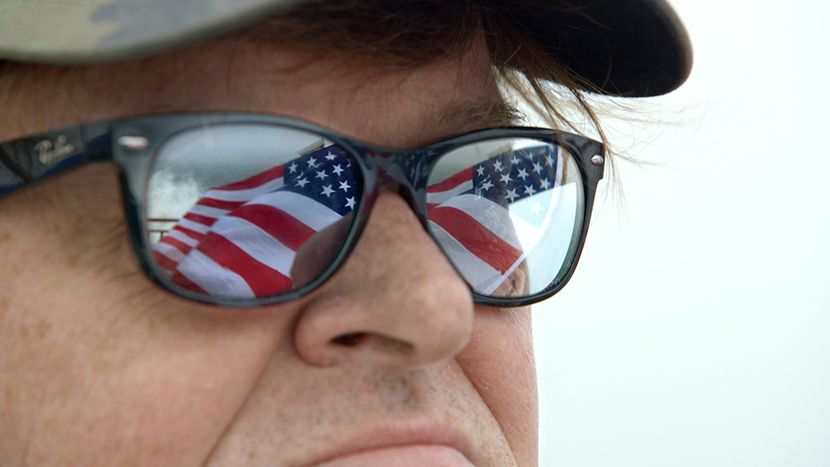 Moore love to go around

He's back. The frumpy man who looks like a menopausal woman is back on our screens (blown up 50 times) to unabashedly, and very entertainingly push his liberal agenda. This time it is in the film Where to Invade Next?

No, this one is not actually about war, it is about the great ideas out in the world that Moore would like to adopt in America. Ideas like free tertiary education, having a woman president and the value of French cheese in school cafeterias.

One should never walk into a Moore film expecting an unbiased account of an issue. He is there to preach, and preach he does. For just under two hours we are taken from country to country where Moore has singled out a particular feature that he thinks is a slam dunk counter-argument to a dogma in America. It is no surprize that all of them just happen to be the kinds of things that would make Bernie Sanders supporters' hearts sing – he could not resist including state-funded abortion clinics on the list.

So like most sermons, this one is mostly for the converted. You can pretty much picture all of New England nodding in unison as they watch, snacking on their tofurkey. Very few conservatives are going to have a eureka moment watching the film, throw off their WWJD (What Would Jesus Do) shackles and believe in Moore's doctrines. That is not because many of the things he says are not true, but because people whose minds are made up are rarely swayed by films like this.

The movie does however still stand to accomplish something admirable. It may just pry open American minds to the idea that there actually are some really good ideas out there that America could, wait for it, learn from. It might be a nudge to the 64 percent of Americans who do not have a passport to realise that, though the U.S. may still be the “greatest nation in the world“ it could learn a thing or two when it comes to education, prison rehabilitation or school nutrition.

Moore acknowledges that the countries he visits do have other problems, but retorts preemptively: “I am here to pick the flowers, not the weeds.“ The way he goes about the picking is often very funny and at times haunting to boot.

One of the most poignant moments is his comparison of the American prison system with the Finnish one. He very elegantly makes the point that drug laws in the US are used as a way to jail the black population and summarily strip them of their right to vote. He also makes some sobering points about America's collective memory of their own genocides, especially when compared to German national compunction for theirs.

If you are part of the choir that Moore generally preaches to then you will love this film. If not... God bless America and God bless Donald Trump.