With elections due on March 6th, the electoral campaign in Moldova has entered its final phase. Will they be free and fair, or will they provoke a revolution like those that took place in Georgia and Ukraine? 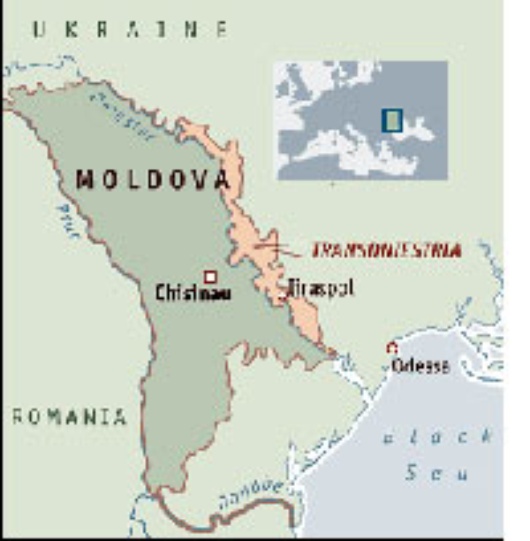 The poorest European country is bracing itself for a tight electoral race between the ruling communist party and a rather divided opposition. The forthcoming elections will determine whether Moldova remains a backward-looking country or a country firmly set on the path towards democratic and economic reform, thereby earning a realistic long-term perspective of EU membership.

Moldova’s complex problems are exacerbated by Russian interference; including the frozen secessionist conflict with Transnistria (orchestrated by Russia in 1992) and the illegal presence of Russian troops in Moldova. With the accession of Romania in 2007, Moldova will become a direct neighbour of the EU so concern that it should evolve into a stable and democratic state is growing. As a result, the EU and the international community are monitoring the electoral proceedings very closely. However, it is still unlikely that the elections will be free and fair.

It is almost certain that the Party of Moldovan Communists (PMC) - which has ruled the parliamentary republic of Moldova since 2001, when it achieved a crushing victory with about 50% of the vote - will be re-elected. Coming to power on a pro-Russian platform, the communists switched to a more pro-European attitude in late 2003 as a result of major disagreements with Russia over the settlement of the secessionist conflict. Although the government is keen to embark on the road to European integration, it is also in favour of strengthening ties with Moscow.

The forthcoming Freedom House 2005 Nations in Transit report on Moldova suggests that the electoral process in Moldova has been steadily worsening since the communists came to power in 2001, expressing concerns regarding the impartiality of the Central Electoral Commission, the abuse of administrative resources and state influence on the media. In response to civil society complaints about abuses by the authorities during the current electoral campaign, several declarations have been issued by the EU, the US and international institutions exhorting the Moldovan authorities to ensure free and fair elections.

What reaction to expect?

Local experts argue that in light of the abuses committed during the campaign, the final outcome will lack legitimacy and some street-protests may well occur. However, the actual voting procedure on March 6th should not be subject to the same massive fraud which sparked-off the Orange revolution in Ukraine as, in a move to avoid accusations of large-scale fraud and legitimise the outcome, the Moldavian president has invited foreign electoral observers in large numbers.

Despite the fact that one of the main opposition parties, the Christian Democratic Popular Party (CDPP), has opted for orange as its campaign colour, it is rather unlikely that there will be a repetition of the Orange revolution. The opposition is not united enough, the electorate is not as polarised as it was in Ukraine and government abuses have not spun out of control. Moreover, owing to its strong economic performance, the communist party is still by far the most popular party, particularly among pensioners, which make up the bulk of the electorate. However, the PMC will probably obtain fewer seats this time round and will be forced to engage in coalition building. Perhaps the lack of dynamism displayed by the opposition parties during the electoral campaign will be compensated by a fierce battle between the political factions in parliament over the election of the president and appointment of the government. This could mean a deadlock of the political process and the subsequent calling of new elections, which would mean a new chance for the opposition.