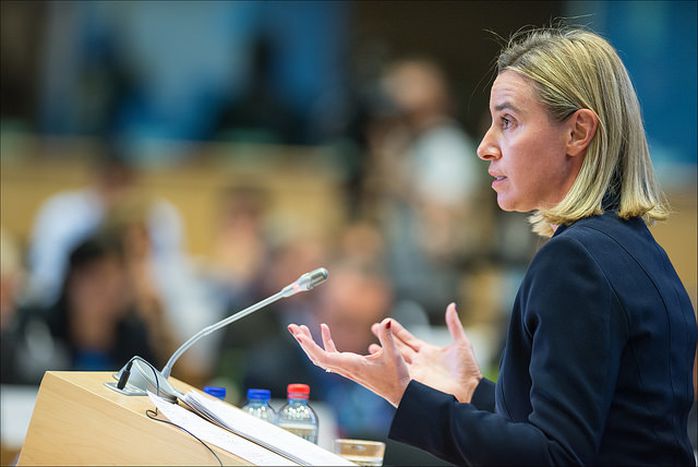 After a fragile, almost invisible performance by British Catherine Ashton, 41 year old italian Federica Mogherini will assume the functions of High Representative of the Union for Foreign Affairs and Security Policy as well as Vice-President of the European Commission.

Born in Rome, Mogherini graduated in Political Science after writing a thesis about politics and Islam. Although active in national left-wing politics since 1988, only very recently she was nominated Italian foreign minister, in February 2014. Despite being labelled by European partners as having limited diplomatic experience, this rising star in Italian politics said in the questionnaire to the commissioner-designate: “I have been dealing with foreign policy for the last 20 years: first through civil society, by actively participating in various non-governmental organisations and international campaigns, and then on my own in a national and European political party.” 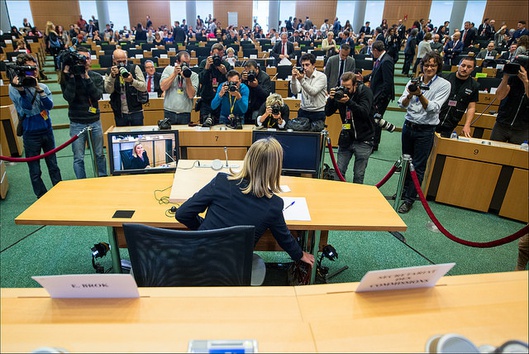 In her opening statement at the European Parliament hearing, Mogherini stressed the important problems that are a reality these days. “We are living in difficult times,” she said. “My first mission is to shape real common policy. There is no way of dealing with these difficult times if we don’t exercise our duties and our responsibilities together. We need to think big with a far reaching look at the global landscape in order to build a common vision and priorities for a common policy.” Secondly, the Italian said she will be happy if five years from now, there will be no “us” and “them,” but only “us” when we speak about EU institutions. Mogherini wants to prioritise a close and deep relationship between the functioning of European institutions. Her third top priority is the coordination of all actions and missions that have an external impact, such as energy, trade, migration and environment. According to her point of view, the need to coordinate more internal and external policies is of extreme importance in order to accomplish all aimed goals. “Starting in the Balkans and Turkey, the East – we will need greater EU attention in different forms, full support for Ukraine, support for Moldova and Georgia, work with Albania and Azerbaijan,” important topics on the agenda for the next five years.

A common action to stop ISIS is one of the most important questions to work on, “not a state, not Islam, but a major global threat to all of us,” Mogherini said. Also, working together with other organisations like NATO, the Council of Europe, the African Union and the Arab States as a policy of cooperation, defence and development. And last but not the least, Human Rights, with a specific concentration on three main themes: media freedom, women and freedom of religion.

When asked by MEP Richard Howitt, from S&D, about what she was planning on doing differently from Ashton, Mogherini said “I will be present much more often, I want a special partnership with the European Parliament and myself. This is not my duty, it is my pleasure and my interest.” Sabine Lösing, from GUE/NGL, speaking about unity of purpose and unity of action, asked how Mogherini intended to improve the analysis and response capabilities of the executive bodies of the European Union. The answer was again linked to the idea of a close collaboration within all institutions. “I think we have the tools and the political potential. We have difficult deciding lines, much of which are possible to change, streamline. This is the key; sometimes we have too many instruments and tools and we have to rationalise them together. If you think of humanitarian aid, development cooperation, we need that coordination at the commissioners’ level.”

Mogherini has faced negative comments regarding the smooth way she dealt with Russia. In fact, afraid of her good relations with Putin, the Eastern European countries tried to deter her candidacy in July. These concerns were based on the fact that Russia is one of Italy’s biggest energy suppliers. Jacek Saryusz-Wolski, from the EPP group, asked about relations with Russia and the situation in Ukraine. As an answer to this concern, the future commissioner said, “We need to work perhaps on increasing the sanctions or leaving them if things get better.” However, she believes that a better understanding between Russia and the EU is possible.

The position of High Representative of the Union for Foreign Affairs and Security Policy was created under the Lisbon Treaty, and the commissioner in function is responsible for the high-quality coordination between the EU’s Common Foreign and Security Policy. Created in 2011, the European External Action (EEAS) is the result of the juncture between the Commission and Council foreign policy departments, and aims to support the challenging work of the designated commissioner.

One thing is true, Federica Mogherini showed serenity and determination, and she surely has a defined vision of a very demanding path for the next five years. Nevertheless, this was only the beginning, and we are looking forward to see if the performance of the future commissioner will correspond with her words.  In a world full of threats, not only human but also environmental, it is urgent to find solutions to overcome all obstacles on behalf of all the citizens of the European Union and the world.