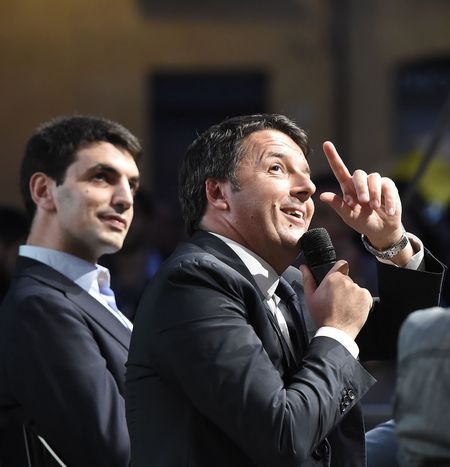 Europe often seems so far from local politics. But are they really? The connections may run deeper than first meets the eye. We discussed this broad topic with local Neapolitan politicians and activists, these are the thoughts they shared.

Friendly wisemen chatting loudly and playing cards in front of their old iron doors as youngsters race pass them on scooters through the narrowest of streets. The squares are busy and the sights are old. Those are the little pieces that create Naples. But, if we talk politics, the postcard in our heads quickly changes into a darker scenery. Naples, and other cities of the region Campania, are a temple of political games resulting in ongoing specific and wider problems. It makes one wonder, to what degree are the local governments working and what the position and role of the European Union in a situation like this should be.

One of the biggest problems concerning the city is pollution and the problem of trash explain Claudio Silvestri, journalist for the daily newspaper Roma, and his colleague, Michele di Salvo. "When de Magistris [the current mayor] was elected, the biggest emergency was the distribution of local trash. De Magistris announced that once elected, he would solve this problem. When he won, he resolved the problem in more or less one month. But he didn’t really resolve it, he just took the problem and put it elsewhere." 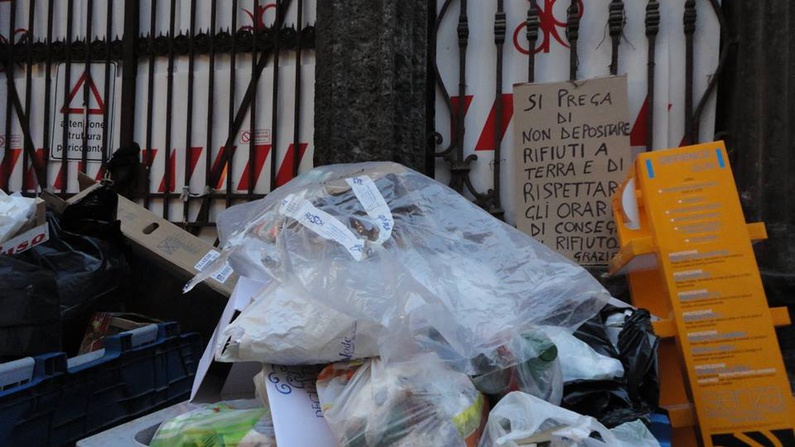 The trash was relocated. That was the only 'solution' to the emergency; but it kept the percentage of trash in the city stable at 18 %. "Allora, they relocated it to the Netherlands. This November, it will arrive in Spain," he adds.

The local trash is also known to be managed by the local mafia, better known as the Camorra. Over the past few years, thousands of citizens have gathered to protest their dumping of chemical waste in the surrounding countryside, which has polluted underground water and soil and caused some serious illnesses.

Besides planning comprehensive and long-term solutions, the local government is also having trouble using funds from the EU, which results in cosmetic solutions, as it was the case with the trash. 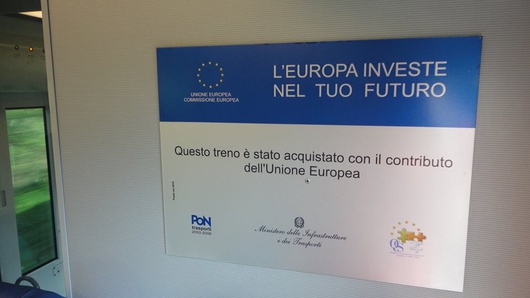 In 25 years, the only project finished with European funding was the establishment of the underground metro system - the metropolitan, which was a tough project, as underground Naples is full of archeological monuments and sea water. "That has been an improvement in our quality of life, for sure. But for all the other important issues, they don’t have an idea, everything else is stagnating," comments Claudio Silvestri.

Silvestri also explains that the municipality is now losing 100 million euros for a compound of shipments, as they cannot file the paperwork to end the project, due to unforseen constraints. They also have 100 million euros left to spend on improving the historic centre before the end of December 2014. Five years have passed and they have not managed to file one appropriate project. "Not one project," repeats Claudio. "So you can say, okay I have no money, I cannot do. But you have 100 million. You can do something with 100 million."

The gap between us

Troubles understanding political decisions bring us closer to a bigger concern, which might be troubling the local political representatives. It is the huge gap that divides them from the majority of people. The political institutions and positions of power seem impenetrable, which may be true. However, institutions and governments are not the only place to engage in politics.

"The political system of Italy is generally known to be more of a caste system, which has wasted piles of public money to preserve its interests. In the last 30 years, Italians have lived politics like something ‘alien’, like a world apart. Like their voices could not change reality or be heard by who stood in what we call ‘stanza dei bottoni’, an expression that can be translated in English as ‘control room’." explains Gianmarco Volpe, a journalist from Naples. 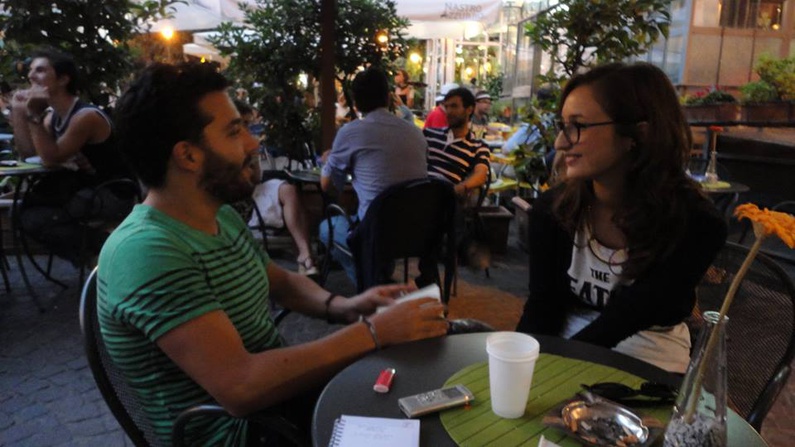 The lack of public conversation and dialogue connected with nepotism on all levels is a good way to distance the political from the every day. Giancarlo Bottone, a student of Political Science and active member of Sinistra Ecologia Libertà SEL (Left Ecology Freedom - Ed.), tells me about the local idea of politics, which sounds familiar. "The idea of politics right now is negative, like it’s a waste of time. I myself start to think that my passion is a waste of time, because nothing changes." As we debate in a café on the busy Piazza Bellini, Giancarlo continues to say, that he persists, as "it is not all about money, corruption, power. Politics is a way of life and we need politics. The European Union should be a model for good politics and relations."

Tweeking with the EU model

The European Union specifically has the capacity and power to be a good political model. However, today it mostly represents distanced institutions filled with cults of personalities. It is mostly connected with banks and money. Some acknowledge the positives it brings to its Members, but the lack of content, debate and true political statements is discrediting its role and the role of its representatives. Some institutional rules follow the same practise. 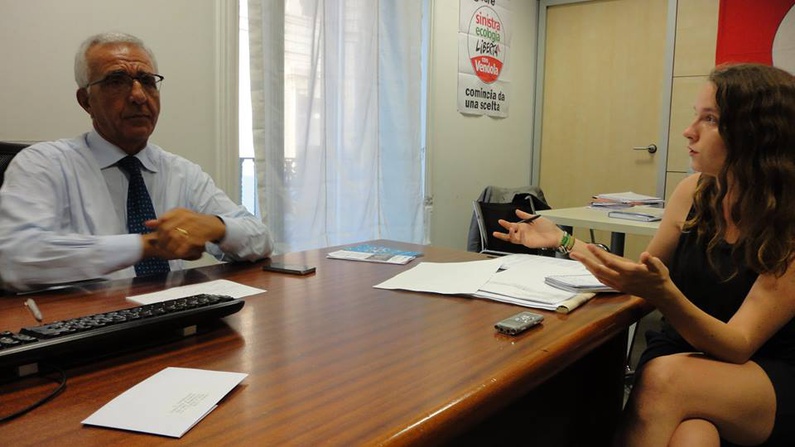 For example, how the European Commission picks its candidates. SEL member Dino Palma reflects, that "the Commission makes all the important decisions, but we don’t have a say in its composition, the representatives don’t get elected. It’s a completely closed society". That is an exclusive decision, which reflects on national and local communities and teaches them that democratic procedures are not really that important. Also, austerity measures, quickly implemented in some countries, showed a desire for quick changes with short-term consequences - if any - and haven’t produced systematic long-lasting solutions.

Anna Chiara Di Maro, an activist, discusses how "we never hear of the political politics of the [EU]. We don’t know what our foreign policy is. We don’t have a European economic policy. Every country just does its own thing. We need a European system of financing, law, economic policies, and not just a Commission of people with some ideas, that in reality do not apply with the principal idea of Europe, when it was created."

She believes that if there was common ground, people would feel more connected and local and national politicians would work differently. But, this common direction and collaboration has to be based on creating jobs for young people and on the European welfare model, as Dino Palma emphasises. It's the only direction that would influence local communities in a visible and positive way.

However, only blaming politicians, institutions or the mafia for all the wrongs in the community would not be correct. Giancarlo easily explains that the Camorra and bad politicians are simply convenientes - conveniences and continues: "it is convenient to say that the Camorra is the only problem here. But the problem is the way of thinking of the older people that are in charge. And also at the bottom, of the single person, who doesn’t think about politics and doesn’t see legal as a normality." 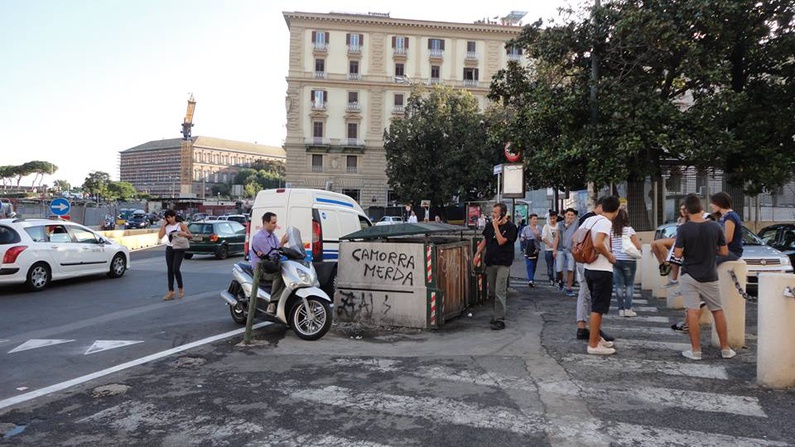 It is a custom in Naples to park the car on forbidden areas or cross the street where there are no pedestrian crossings or when the light is red. "It is the expanded way of thinking that is not right. If we again try to change problems through another network with the same people, the same ideas, the same egoism, the selfish eager for money, nothing will change," Giancarlo adds.

Considering all, we could say the Neapolitan situation is slowly changing, as more and more young people, groups and movements start to get involved and demand a concrete political dialogue. Italy’s voter turnout for the European Parliament elections in May was 57.22%, which is fifth year in the row of not-bad-at-all, considering the results in other countries. It means the Italians have not given up yet. All they need are slight changes from the top down and the bottom up - on all levels - and a higher quality of life for all will soon be created.

THIS AR­TICLE IS PART OF A SPECIAL ISSUE DEDICATED TO NAPLES AND IS PART OF THE EU-IN-MO­TION PROJECT INITIATED BY CA­FÉ­BA­BEL WITH THE SUPPORT OF THE EUROPEAN PARLIAMENT AND THE HIP­PO­CRÈNE FOUNDATION.