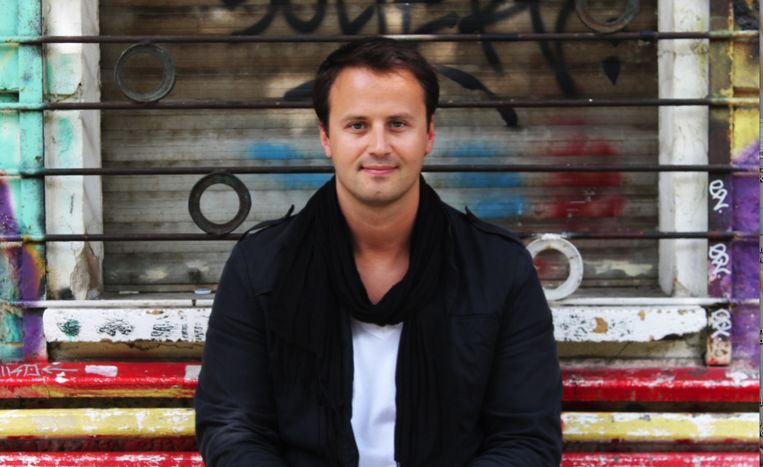 They are spoiled conformists with Peter Pan syndrome; they lead shallow existence without thinking about the 'whys' of life; they want romantic love, but are tangled up in mediocre relationships instead – that’s what Milosz Matuschek, a journalist and writer, thinks about Generation Y. Yet, when in Rome, can you objectively criticise the town? We met to brood over this recent hot topic.

Milosz Matuschek arrives a couple of minutes late, he couldn’t find the Velib' station. It’s alright though, I’m not waiting in a pouring rain. I’m sitting comfortably in the famous Café de la Rotonde where Picasso and Modigliani used to pass the time. I might even be sitting in a chair they used to sit in – both at the same time. Such is a setting for our discussion about Generation Y, so mercilessly criticised by Matuschek in one of his articles, and a deplorable state of love in the Internet-era he mourned over in a book, Das romantische Manifest (Romantic Manifest - Ed.) and on a blog, Lovenomics. Love and a generational spleen just 700 metres from where Gertrude Stein used to live makes me wonder which is more common in Paris: clichés or strikes?

“Hallo”, “Cześć”, “Bonjour” – Milosz Matuschek can converse in many languages. He is 34, was born in Poland and raised in Germany. He studied Law and Humanities in Munich, Regensburg and Paris, where he lives and works, teaching law at the Sorbonne. Before starting his career as a professor, Matuschek did a legal internship at the Supreme Court in Berlin and carried out research on international criminal law in Freiburg, Paris, Berlin and Krakow. Labelling him a writer and journalist only would be an oversimplification.

There are intellectuals who would like a VIP section in tube cars introduced only because they wrote a book and had it published. Fortunately, having VIP status among public transport folk is not Matuschek’s top priority. At the very beginning, he points out that he doesn’t consider his opinions final judgments. Humour underpins his existential bitterness.

“Perhaps I’m much more like what I criticise after all. My article may, in actual fact, be an act of autoaggression,” says Matuschek, explaining why he is so critical of his own generation.

A beautiful duckling that turned into an ugly swan

A bitter and provocative article published in a Swiss newspaper Neue Zürcher Zeitung would serve beautifully as the suicide note of Generation Y. Just like Guy Debord in The Society of the Spectacle, Matuschek accuses modern society of spiritual numbness - a consequence of its prosperity. According to the writer, passiveness, the lack of engagement and a drive towards conformist mediocrity are characteristic of those born betwen 1980–2010. “We’re distracted and our biggest problem is not having enough problems. We’re passive, because turning an active mode on burns too much energy,” Matuschek claims. “What about Emma Watson? What about young Ukrainians? Racism and gender discrimination don’t classify as problems?” I ask. He answers that Emma Watson is an exception, while our argument pertains to the majority. He argues that the majority of the Generation Y avoids creative occupations, choosing administrative work instead in the hope that it would allow them to structuralise oppressive freedom and cheat adulthood. He explains: “In childhood, our life is in our parents’ hands and once we’ve grown up we’d like to hand this responsibility over to the state.” 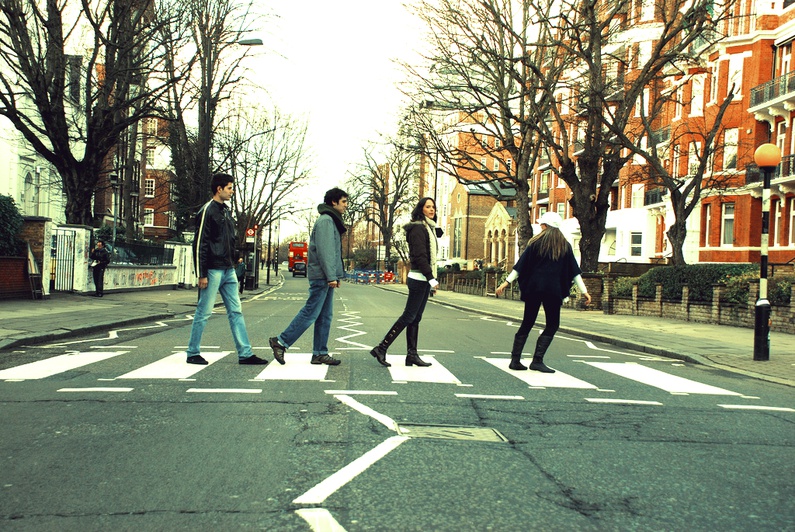 I fidget uneasily in my chair. Do we really have the same generation in mind? Dorota Masłowska, a successful Polish writer, film directors Xavier Dolan and Lena Dunham and actor Tom Shilling are part of it. Besides, can we talk about a precise definition of something we aren’t sure exists? It seems that Generation Y is a term coined by media, especially economics-oriented media. “Phenomena need definitions, none of which could possibly describe them in their entirety,” Matuschek continues. “Generation Y is not a consumer label, but a social entity defined by a given mindset.” The generation seems to suffer from an inverted ugly duckling syndrome. “From the beginning, we’re fed a vision of the world laying at our feet. Confronting real life and accepting our plainness once we’ve stepped out of the fairyland is a dreadful shock for many.”

The setting changes in the second act of our meeting. We move to the world of dating portals – the lovers supermarket: you surf websites, choose your favourite products and add them to your basket. 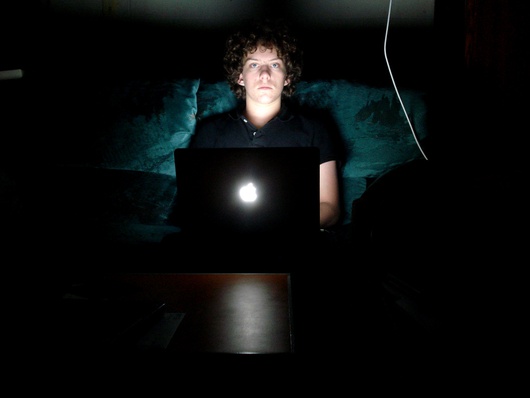 You’ve just added yourself the love of your life. “It’s not love,” says Matuschek. “Love is not a consumer choice.” He learned all about cardboard love while trying to find 'the one' online after coming to Berlin. The community driven by consumerism that he encountered on the dating websites quickly discouraged him, yet Matuschek decided to stay online in order to conduct an experiment. In total, he exchanged messages with 2,000 women and met with a 100 of them. “I aimed to scrutinize the economic bastardization of love and the human-being-as-a-product approach,” he explains. “I believe that studying love allows us to discover overarching mechanisms of modern society.” However, there is also a different type of love modernity would like to taste. “We demand romantic love!” – scream the masses, in front of the television while watching yet another version of Titanic. 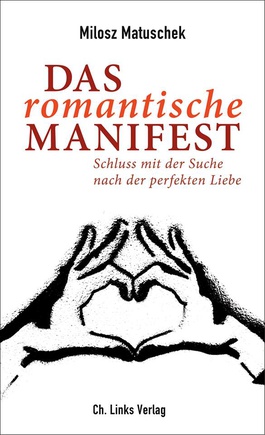 “But not for real,” they soon add, ashamed. We’d rather avoid challenges and sacrifices choosing predictable love, based on schema that we know. As Matuschek says: “A Stepford wife of today is a bitch-mother, a trophy-wife one can show off to their friends, making ‘em drool down their chinny-chin-chins." On the other hand, a desirable alpha male is a Personal Jesus – a romantic prince always ready to wipe the tears and provide consolation whenever life treats you bad.” This is the secret lore of dating portals.

Towards the end of the meeting, Matuschek flings a couple of worn-out romantic clichés at me, which many would call cheap. “'It’s not about how you look, it’s about who you are', 'Learn to love the faults of the character, as well' and 'Love is spontaneous, not rational'," Matuschek enumerates, fishing for another Gitan cigarette from his cigarette case. It’s hard to disagree, but it’s equally difficult not to think about Paolo Coehlo. Perhaps we’re just cynical to the bone and unable to appreciate the simple truth of such statements.

“People try to put us d-down (Talkin’ ‘bout my generation)” – as The Who, the quintessential 1960s group for youth, sang. Has any objective outlook on any generation been ever possible? Wouldn’t an outstanding individual ruin attempts to define a given group? I leave La Rotonde to be wrapped in the warm atmosphere of Paris. It’s a beautiful Friday evening – no time could be better to forget about the Internet, let off creative steam, engage in a debate on the Judgement Day and fall in love. Or cause a big s-s-sensation.

If you’d like to learn more about Milosz Matuschek, you’ll find a substantial excerpt from the interview in French on my blog.