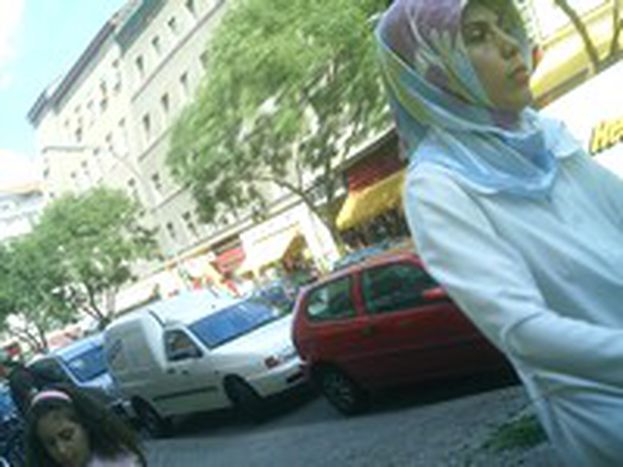 The Islamic Association of Milli Görüs is Europe's largest 'radical' Islamic religious association, monitored by the Office of the Protection of the Constitution

Nese Gündüz is in her mid-thirties. She's a friendly lady, discreetly made up and framed by a light-coloured headscarf. Both her daughters attend the after-school homework class which is organised by the Milli Görüs mosque in the Nippes area of Cologne. Enrolling her children at a German after-school club has never entered her mind.

'There is a lot which isn't educationally right in German schools,' she explains. Due to religious reasons, her daughters are not allowed to participate in sports or swimming lessons, or to attend children's birthday parties. They’re certainly not allowed to learn poems from the school curriculum which describe Christian traditions.

The legal department of Milli Görüs helps the Gündüz family stand up to the school authorities to enforce these rules. Milli Görüs means ‘national vision’. Its lawyers support its members in everyday practicalities, including Islamic religious instruction, halal slaughter and naturalisation issue. Even when Muslim women encounter difficulties in the workplace due to wearing a headscarf, Milli Görüs is on their side.

The Gündüz daughters enjoy it when they attend the summer camp for girls and the computer courses run by Milli Görüs. 'We feel really happy and comfortable there and it doesn’t cost our parents that much,' the girls explain. Every year in Germany around 20,000 youths of Turkish origin spend four weeks at an IGMG summer camp. It sets each attendee back 350 Euros, including accommodation, meals and trips.

Milli Görüs 300,000 members are also in France, the Netherlands and Austria. The union enjoys smaller branches in Denmark, Sweden, Norway, England, Italy, Belgium and Switzerland. The movement’s flag shows an Islamic-green Europe against a white background, with the Islamic crescent on the left framing the way from Portugal to the Urals. Throughout Europe, Milli Görüs organises big events such as the Open Mosque Day and competitions where passages from the Koran are quoted.

The association has around 500 mosques and prayer rooms in Germany, along with its own sports clubs, a youth, student and women’s section. The General Secretary of the German IGMG, Oguz Ücüncü, emphasizes that 'we call on all our members to naturalise into this society, to take responsibility and to show that Muslims also have something to offer.' Integration remains a key problem in Germany. Turkish boys have problems at school and are sliding into unemployment or crime in later life.

Milli Görüs knows how to sell its face to the Western public. But doubts creep in. The ‘mouthpiece’ for the community is the nationalistic Turkish daily Milli Gazete. It has a distribution of 3, 000 in Germany and is not formally linked to the IGMG. The State Office for the Protection of the Constitution in North-Rhine Westphalia, however, assumes that 'numerous personal connections' as well as 'massive financial and logistic aid' to the IGMG exist for the newspaper. A former chairman of Milli Görüs, Osman Yumakogullari, later became the director of Milli Gazete. In one edition of the newspaper it states: 'Milli Görüs is a symbol that protects our fellow citizens against assimilation in barbaric Europe.'

Fight for the 'just order'

Most of Milli Görüs’s supporters are immigrants looking for solidarity in the IGMG to overcome the everyday problems of living in a foreign country. The reasonably priced free-time activities offered by Milli Görüs do not, however, come without ideology. Instilled into the members and their families is that only a life following Islamic virtues – and only those which the IGMG actually recognises - is a true Muslim life worth living.

'The IGMG states in its ideology that the Western social order, democracy, human rights and rights of equality and freedom are worth nothing,' writes the German Protection of the Constitution. The Islamic politician Necmettin Erbakan recorded these aims at the end of the 1960s by founding Milli Görüs in Turkey. He created the party Refah, forbidden by Constitutional Court in Turkey in 1998, and the association's president is his nephew, Mehmet Sabri. The manifesto says that the 'just order' will overcome the 'worthless order' in the West, because it is based upon violence, injustice and exploitation. The Office for the Protection of the Constitution has, therefore, kept a close eye on the IGMG for years.

It is not only in Germany that Milli Görüs is drawing looks due to its fundamentalism and unconstitutionality. In 2002 at its Europe-wide annual meeting in the Dutch city of Arnheim, anti-democratic essays, anti-Semitic baiting and violent speeches all made the agenda. This was not the first instance of such sentiments at a Milli Görüs conference. In France, an IGMG official called on its supporters to vote for the Saadet Partisi, a radical party that is irrelevant in Turkey. His reasoning being? ’The jihad has started’.

This article was first published 9.5.2006 in 'El correo de Andalucia', in the cafebabel.com-supplement.