Migration: What is Europe really doing?

With the war in the Middle East spreading to Libya, Europe is filling up with migrants looking for a chance to have a life. Are our leaders willing to end this scourge?

Migration was always an European concern and it has always existed. If we consider the war and conflicts as a constant element in the world History, we better understand the concept of migration. With the war in Syria and Iraq spreading to Libya, the European Union has witnessed to an enormous flux of migrants coming from North Africa to Italy. They are running from conflicts, hunger and diseases. Many of them die on the way. This is a serious situation as we are speaking about human beings with feelings, hopes and dreams.

What is Europe really doing to deal with this social scourge? Building on the work of the Greek Presidency, the Italian Presidency created a genuine pan-European migration policy that created a fair way of sharing this social problem between countries most exposed to migratory burdens and the other EU Member States. In particular, Italy strengthened FRONTEX, an EU creation to improve procedures and working methods related with migration. Consequently, migration, asylum and border policy are priorities taken into account at the European level, according to the current Latvian Presidency programme.

The EU’s Asylum, Migration and Integration Fund – AMIF - was implemented as an attempt to strengthen and develop all aspects of the Common European Asylum System. This includes supporting legal migration to the Member States in accordance with their economic and social needs, such as labour market needs, and promoting the effective integration of nationals from non-EU countries. It also entails enhancing solidarity and responsibility between the Member States, in particular towards those most affected by migration and asylum flows, which is the case of Italy.

All EU countries (except Denmark) formulate national programmes outlining the actions through which they intend to achieve the goals set out in the AMIF regulation.

Operation Triton, coordinated by FRONTEX, is an operation aimed to manage migration in the Central Mediterranean which started on November 2014. According to a press release by the Commission, “Member States facing significant migratory pressure may request technical and operational assistance from Frontex. Frontex can launch a joint operation based on a request from the host Member State, such as in the case of Italy with regard to the Triton operation.” However, despite having contributed to the rescue of migrants arriving in Lampedusa, Italy, this operation seems to have proved insufficient.

According to Lampedusa Mayor Giusi Nicolini, “when the dead arrive, one feels defeated. One wonders why nothing ever changes. Europe is completely absent – one does not need to be an expert to understand that". In other words, behind protocol, bureaucracy and well-made speeches, EU leaders wish to avoid a flow of undocumented people to Europe. Last year, British prime minister David Cameron stunned everyone by saying that the UK would not participate anymore in rescue operations as this would encourage other migrants to flee towards Europe. Ironic, if we take in consideration the Peace Nobel Prize awarded to the European Union in 2012.

Migration in the Cinema

The movie industry and its capitalist nature are responsible for much of the trash we see in the cinema mobilizing masses. Unsurprisingly, behind such successful garbage is a powerful strategic communication plan. I can’t help feeling appalled when I watch honorable social awareness movies in which we barely see any kind of advertising or media attention. 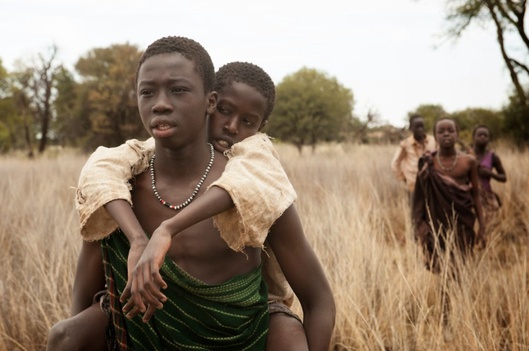 Recently I saw “The Good Lie”, a 2014 movie directed by Philippe Falardeau which addresses a timeless and alarming topic, and one of the European Union current concerns – migration. Based on a true story, the movie shows us the difficulties which a group of children experienced after their parents are killed in an attack in Sudan. After traveling thousands of miles via Ethiopia and finally Kenya, they find a refugee camp where they stay for 13 years before they are accepted by foster families in the United States.

Everything that happens after this is nothing more than a sad picture of the reality of our world where undocumented people who never saw a telephone in their lives before, arrive to the civilized West looking for asylum and struggling for a job.

With the dreadful Islamic State spreading terror in Libya, the European Union is now facing not only a rise in waves of asylum seekers heading across the Mediterranean but also facing new security challenges. The European Commission understands that the rise in undocumented people looking for asylum is linked to the worsening political situation in the Middle East and in Libya, but according to the governmental entities for which asylum seekers seem to be the biggest burden, the EU is actually not taking any  effective action to tackle this massive problem.