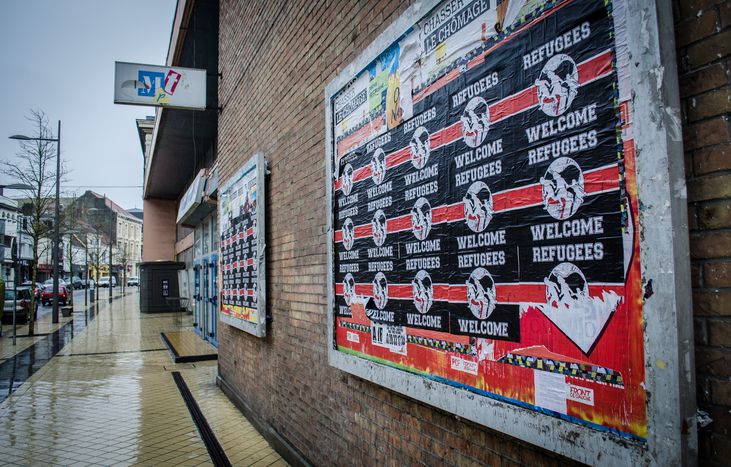 Agreements on the management of migration, focusing on the relocation of border control, were approved at the June 28th-29th summit . No drastic change here, the individual states and the EU as a whole are not questioning their own policies.

The Rabat agreements (2006), the Karthoum Process (November 2014), the la Valette migration summit (November 11th-12th 2015)... So many measures were taken before member states decided to embrace an ambitious plan to deal with migration issues, in order to " fight against the root causes of illegal migration and the flow of refugees."

Those agreements foresee, amongst others, the establishment of trust funds (they're still being negociated), "a kind of Juncker-plan for Africa", according to the Permanent Representation of France, in order to "fight against the root causes of destabilizing forces, forced population displacements and illegal migration, by contributing to better the economy and promoting equal opportunity, the reinsertion of at-risk populations, safety and development".

From theory to practice

The agreements concluded between the EU and Turkey on March 18th 2016 will contribute to exacerbating the externalization policy that has thus far directed the way the European Union manages migration flows.

Concretely, Turkish authorities have agreed to take back all migrants who arrive in Greece, including Syrian migrants. In return, Turkey received 3 billion euros, on top of the original 3 billion that it was granted in 2015, as well as the promise of an accelerated EU membership.

The EU also  promised that, for each Syrian that would be sent back to Turkey, one Syrian staying in a Turkish refugee camp would be granted access to Europe through a humanitarian corridor.  The goal of such a cumbersome process is, according to European Commission President Jean-Claude Juncker, to "avoid deaths at sea" in the Mediterranean, and to prevent human trafficking.

The results of such policy are mixed. On the one hand, fewer migrants go through the Greek islands - and, therefore, through the main European receiving countries, which the Council sees as a "positive" effect. On the other hand, the number of migrants arriving from Egypt and Lybia through the Mediterranean route (Italy) has risen. The International Organization for Migration (IOM) has found 2467 migrants died on the Mediterranean route since January 2016, which means 681 more people drowned there, in comparison to the 2015 figures, while the overall number of migrants reaching Europe through that route has dropped from 70354 people in 2015 to 65752 in 2016.

In spite of that distressing fact, the EU welcomes the outcome of the agreement with Turkey, and and hopes to extend this strategy to African countries: externalizing migration  controls with the help of "development" trust funds, which will be made available under the condition that those countries control emigration. "A series of incentive measures will be incorporated into the commercial and development policy of the EU, so that countries that cooperate with the EU in terms of migration control are rewarded, and those who don't have to suffer consequences", a press release of the European Commission indicates on June 7th 2016. 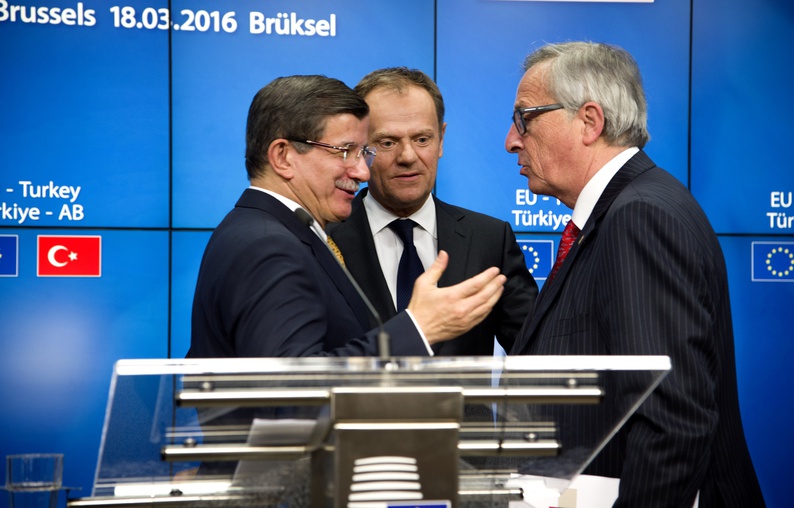 The European Council on Refugees and Exiles (ECRE), a collective of human rights and asylum right NGOs (Amnesty International, Asylum aid, Belgian Refugee Council…) comprised of over 100 NGOs based in 38 countries, reacted by publishing a press release where it denounces the European migration policy and stresses the dangers such an agreement entails. "The plan is to use aid, trade and other sources of funding to limit the number of migrants that reach European shores. (...) It was inspired by the EU-Turkey agreement, which left thousands of people stranded in Greece, living under inhuman and degrading conditions. Children in particular are affected; hundreds of unaccompanied children are held in closed detention centres or have to sleep in police cells."

That press release echoes Médecin Sans Frontière's refusal to accept European funding in the future, a measure aimed at expressing its disagreement with a European migration policy it deems disgraceful. "MSF denounces the destructive deterrence policy of the European Union, as well as its attempt to push away people and their distress", MSF International General secretary Jérôme Oberreit declared in a press release.

European leaders ignored those appeals, and the conclusion of Tuesday's summit (June 28th 2016) is unambiguous: "We must reinforce border control and have stricter safety measures", Jean-Claude Juncker stated.